The COMET (City Optimized Managed Electric Transport) is a 20-seater vehicle designed along the lines of the jeepneys operating along many streets in Philippine cities and towns. More information on the vehicle, its operations and the organisation behind it may be found in their website. The COMET has been in experimental operation for a few weeks now but has been a rare sighting considering only 20 units are operating along a relatively long route that happens to be have congested sections depending on the time of day (e.g., Katipunan Ave. can be very congested during the day and Congressional Ave. is not necessarily a free flowing corridor given jeepney and tricycle operations along the road).

A good feature of the COMET is the GETPass, which is a card that is used to pay for fares. The card is something that should have been available many years ago and for use in most if not all transport modes (LRT, bus, jeepney, taxi, etc.). At present, it can be reloaded via COMET staff who are assigned to each vehicle or stationed at the designated stops. They help promote the transport as they sell the tap cards to passengers and other potential users of the mode. Here are photos showing the GETPass and the brochure that comes with it. 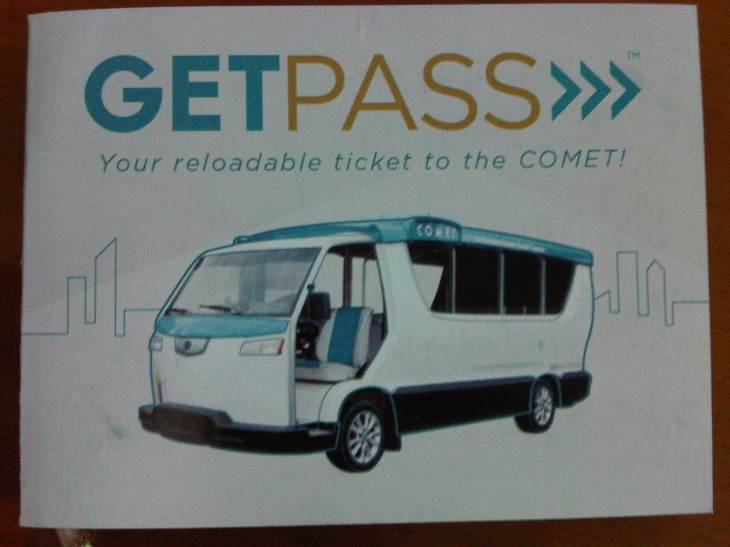 The GETPass card comes with a brochure on the COMET and how to use the card. 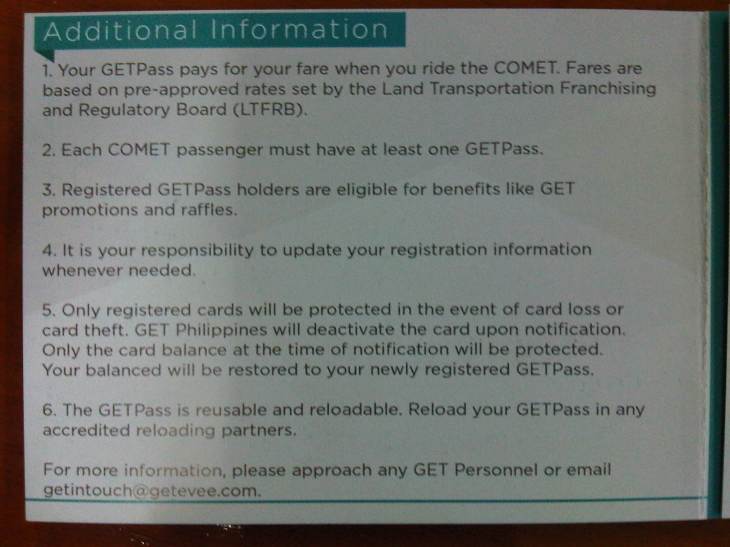 Basic information on the GETPass card.

Illustrative example of how to use the card. 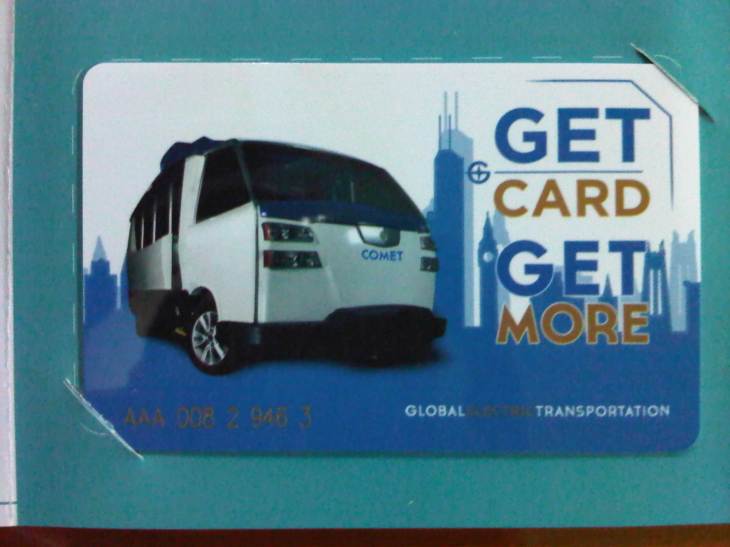 Instructions at the back of the card.

Southbound designated stops for the COMET. 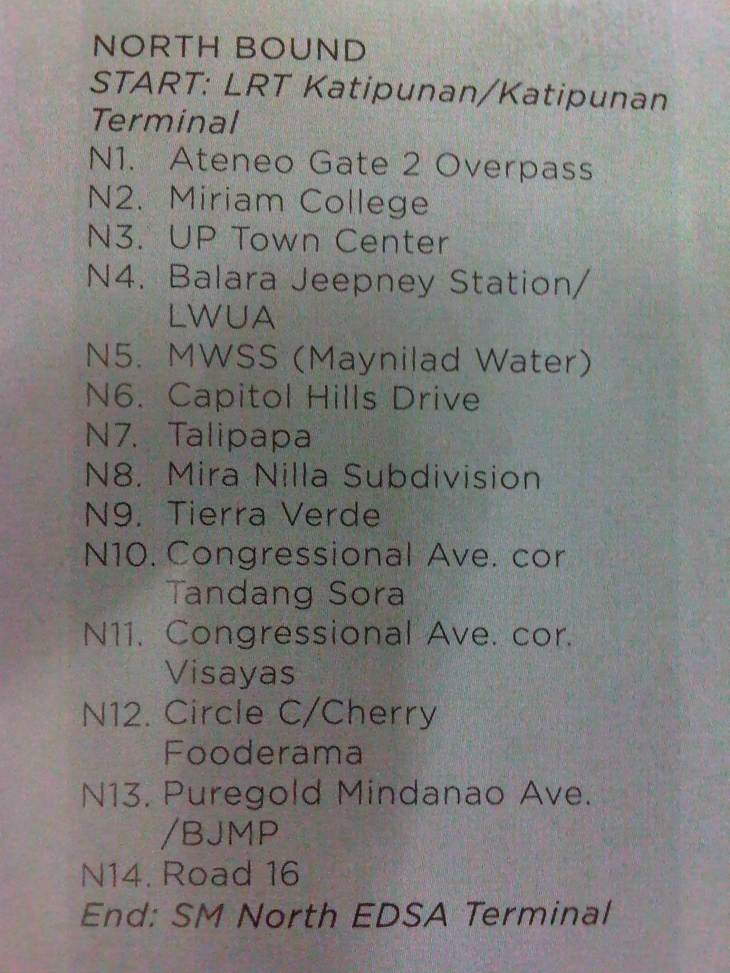 Northbound designated stops for the COMET.

COMET in operation along the southbound side of Katipunan Avenue (C-5).

The current experimental route of the COMET overlaps with several jeepney routes including Katipunan and Tandang Sora jeepneys. If the objective is simply to demonstrate vehicle performance (and reliability) using this route and with actual traffic conditions, then this would be a very fruitful exercise. However, more suitable routes should be considered for the COMET including possibly new routes like missionary routes or feeder routes that are not yet served by any formal public transport. This is one way for the COMET to be mainstreamed and for the low emission vehicle to have a significant impact on transport and environment. Another way that would certainly be the more challenging one is the prospect of the vehicle replacing conventional jeepneys along established routes. I say this is a challenge because there has been a need to retire or phase out conventional jeepneys in favor of higher capacity modes (i.e., bus) and the jeepney sector (operators and drivers) have always been somewhat averse to proposals modernizing jeepneys due in part to financial implications of transitioning to low emission options like the e-jeepney or the COMET. If these are not considered, the COMET will just be an additional vehicle along Metro Manila’s streets, contributing to the chaotic road public transport, and its hyped benefits will not be realised.

I do hope that the COMET will not be just another paratransit mode that is integrated with all the other land transport modes currently in operation throughout the country. I believe there is a big potential for the vehicle and similar other models like it for cities and towns that are not yet as highly urbanized as Metro Manila or perhaps Cebu. There are corridors or areas where buses are not or will not be viable within the foreseeable future (next 5 to 10 years?) given the demand for this period. These are where jeepneys thrive (assuming tricycle operations are restricted or strictly regulated) and where the COMET would be most suitable.