I took a lot of photos of transport in San Diego and among these are of buses. The San Diego Metropolitan Transit System operates a variety of buses that included articulated ones. These have fixed routes and designated stops. At each stop, there is information on what buses (i.e., routes/route numbers) stop there. Here are a few photos of buses in San Diego. 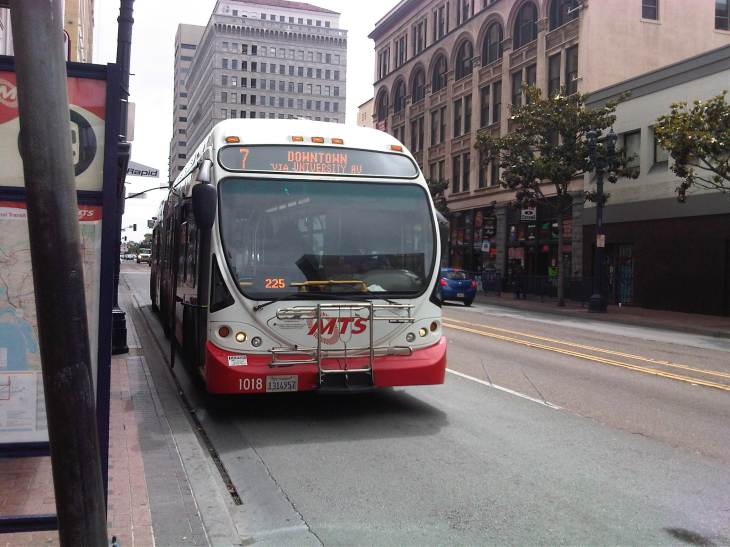 The contraption in front of buses are racks for bicycles 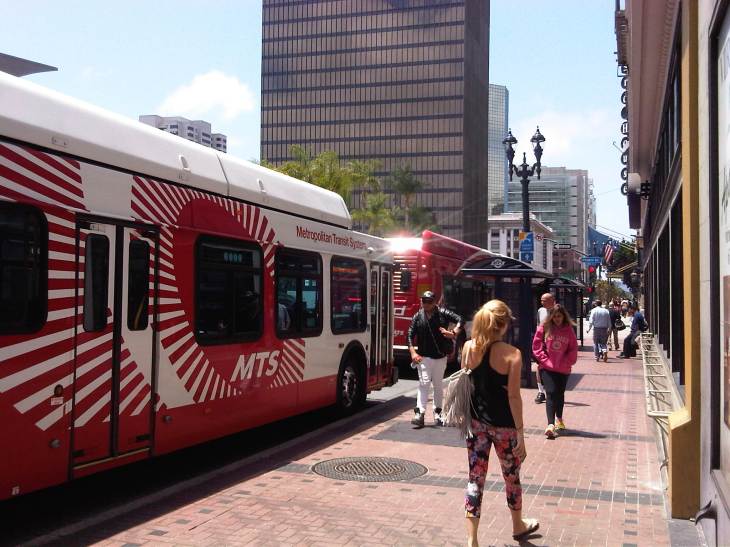 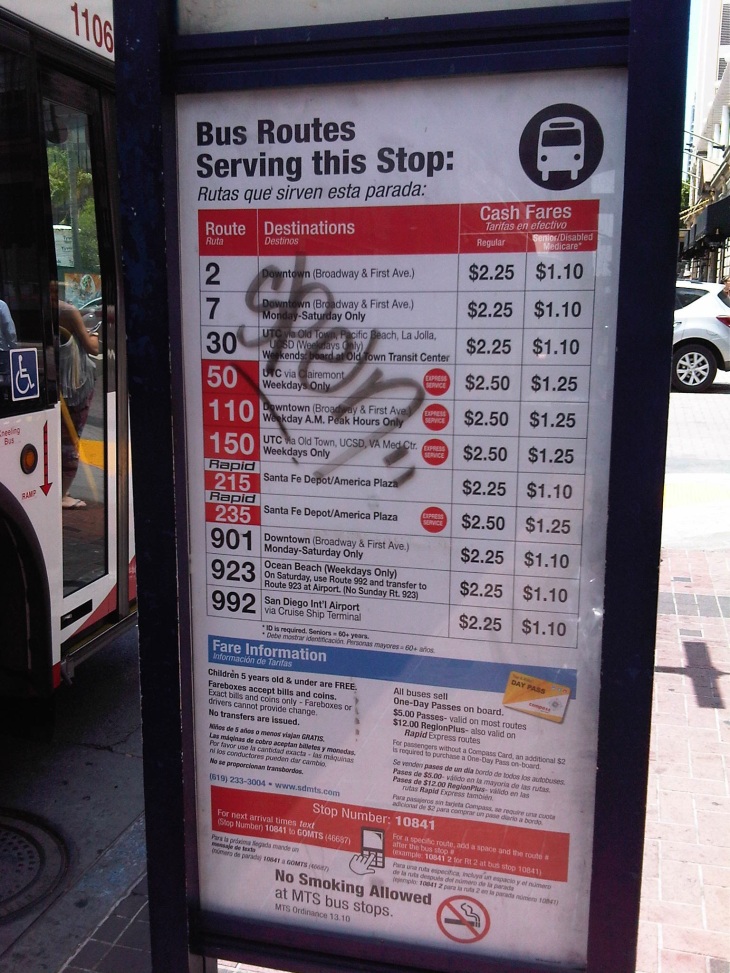 Information on bus routes, destinations and fares at bus stops – you can pay as you board the bus or purchase a ticket, pass or compass card in advance. 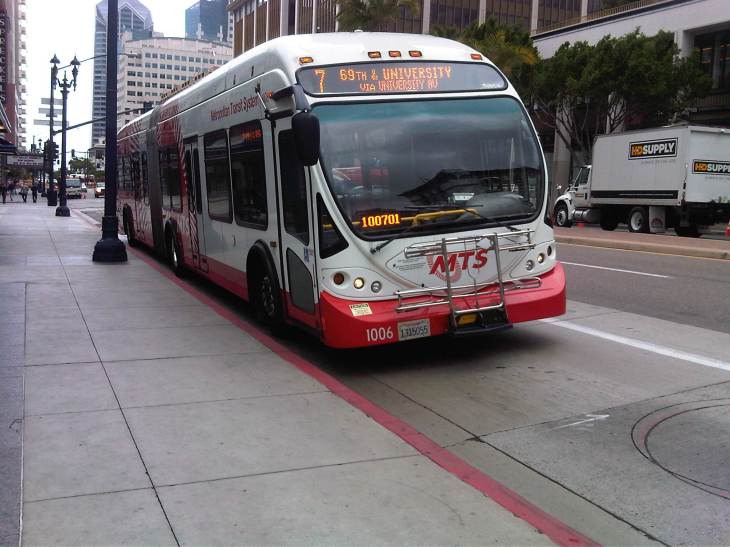 A bus serving the La Mesa-Downtown route via University Ave. – this is the bus you take from downtown San Diego to San Diego Zoo 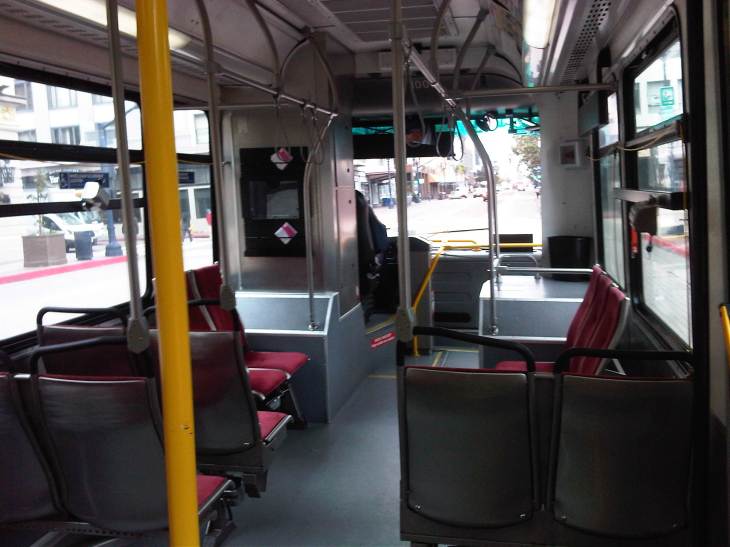 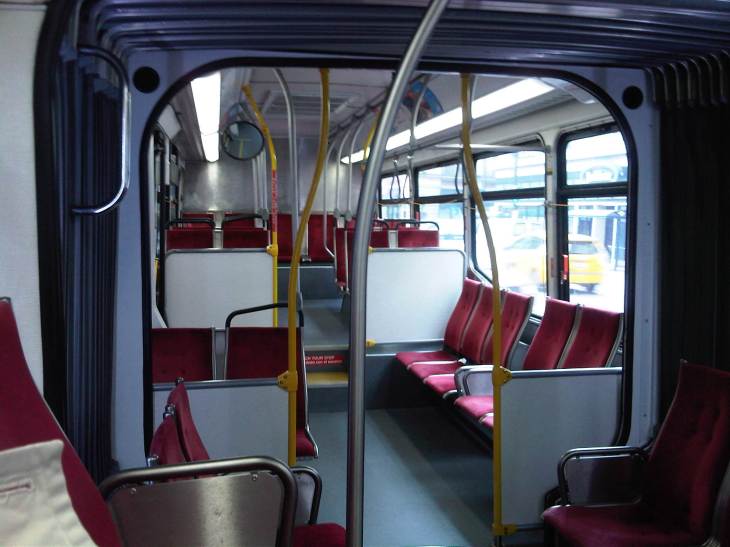 The interior on the rear half of the articulated bus

San Diego is a city of just under 1.4 million people with a transport system that’s able to serve the demand for transport over the distances covered by its buses and trolleys. Compared to Philippine cities, San Diego’s transit system is one well oiled machine. Of course, it is more expensive if you convert dollars to pesos but then if you account for the standard of living (including living costs and salaries) and the quality of service provided by the trolleys and buses, then you have something Manila and other major cities in the Philippines would be envious of. Can we have something like San Diego’s transit system in the Philippines? We can but (and that’s a big ‘but’) it needs a lot of work and commitment to set-up and make something like this work.