The ongoing construction of the LRT Line 2 Extension has reached a point where it is clear that several pedestrian overpasses will be affected by the project. Following are photos of overpasses between Angel Tuazon Ave./Felix Ave. and Masinag. Most are clearly along the  elevated superstructure of the Line Extension and will have to be redesigned if not removed. Some are relatively new and so brings some questions whether those behind the overpasses coordinated with the proponents of the Line 2 Extension project. 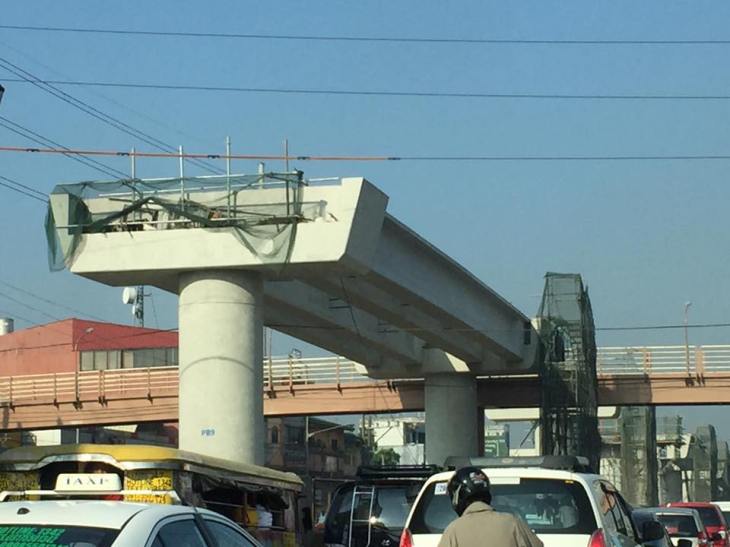 The practically new pedestrian overpass near the Vermont Royale subdivision gate will have to be redesigned to give way to Line 2’s elevated tracks. This is the view along the westbound side of Marcos Highway. Hopefully, the design will not be similar to the somewhat awkward and, some say, ‘people-unfriendly’ designs of overpasses along EDSA due to the MRT 3 tracks. 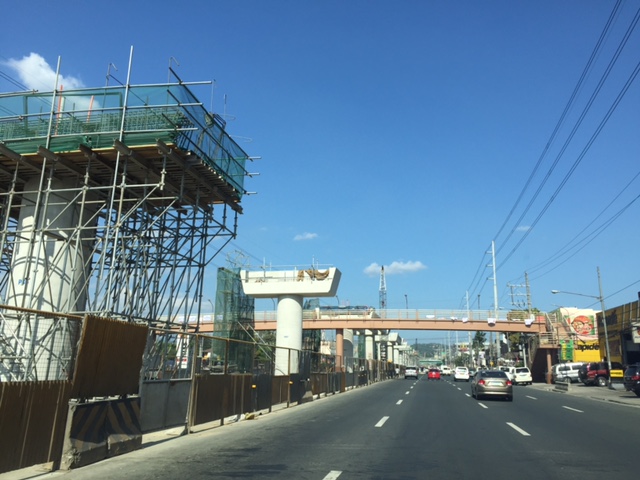 Here’s a view of the same overpass from the eastbound side of Marcos Highway.

Another overpass that will have to be dismantled from the looks of the columns currently under construction is the one near the Filinvest East gate.

The overpass across from SM Masinag may also have to go but since there will be a stations to be constructed in this area, there is an opportunity to integrate the pedestrian walkway with the elevated station.

I will try to take photos of other overpasses between Santolan and Sta. Lucia that may be affected by the construction of the Line 2 extension. The ones across Robinsons Metro East and De La Paz though might be integrated with the station that is to be constructed in the area. This would be similar to the SM Masinag overpass, which will presumably be integrated with the Masinag Station of the Line 2 extension.