The current initiative to rationalise road public transport services is not as comprehensive as necessary or as some people want us to believe. The drive appears to be mainly on (some say against) jeepneys while little has been done on buses and UV Express vehicles. Most notable among the modes not covered by rationalisation are the tricycles. 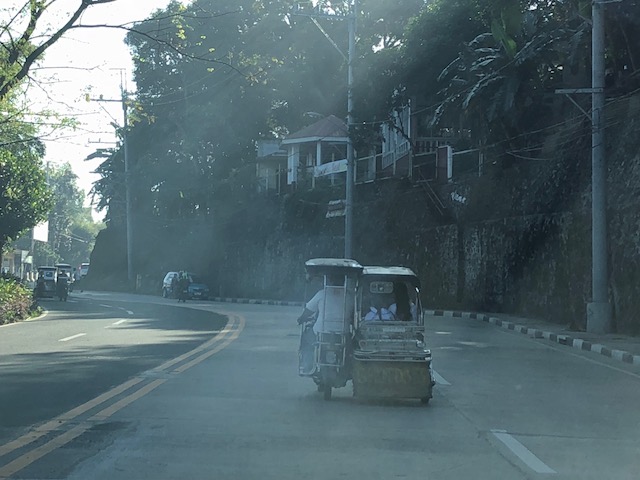 A smoke-belching tricycle along Daang Bakal in Antipolo City

What really should be the role and place of tricycles in the scheme of themes in public transportation? Are they supposed to provide “last mile” services along with walking and pedicabs (non-motorised 3-wheelers)? Or are they supposed to be another mode competing with jeepneys, buses and vans over distances longer than what they are supposed to be covering? It seems that the convenient excuse for not dealing with them is that tricycles are supposed to be under local governments. That should not be the case and I believe national agencies such as the DOTr and LTFRB should assert their authority but (of course) in close cooperation with LGUs to include tricycles in the rationalisation activities. Only then can we have a more complete rationalisation of transport services for the benefit of everyone.