Previous posts on Marcos Highway road works and the resulting congestion did not include photos and discussions on a significant section of the highway. This is the stretch that runs from P. Tuazon/Imelda Ave. to Masinag Junction, where Marcos Highway intersects with Sumulong Highway. Some friends have pointed out the bottlenecks that include Masinag Junction itself and the uncompleted work in the vicinity of the newly opened SM City Masinag. Following are a few photos I took on a Saturday morning while traveling along that stretch of road and a few observations pertaining to some causes of congestion.

Unfinished road works near Kingsville Gate along Marcos Highway eastbound – bad road conditions lead to congestion as vehicles are forced to slow down due to the potholes and uneven pavement surface.

Completed PCC pavement sections along Marcos Highway eastbound approaching SM City Masinag area – note that standard signs and pavement markings are still lacking along completed sections. Perhaps there is also a plan to have asphalt overlay as a protective or weathering layer for the concrete slabs?

Completed section and newly constructed pedestrian overpass across SM Masinag – despite the overpass, many people still brave crossing the wide highway and risk getting run over by speeding vehicles. 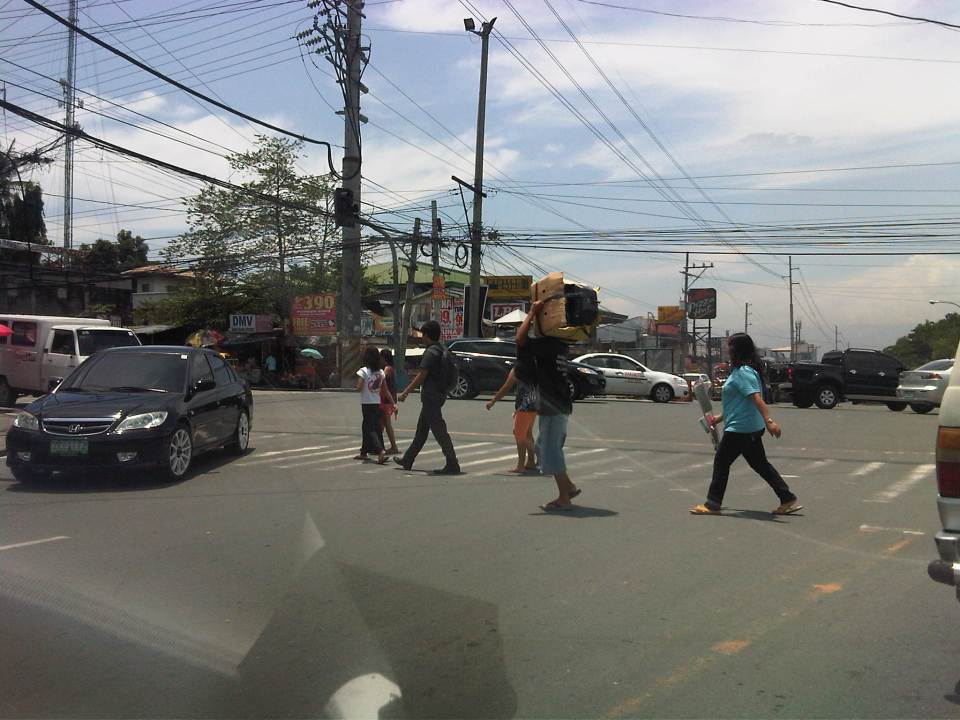 More pedestrians crossing at Masinag junction – in this case, the only conflict is with vehicles turning right from Sumulong Highway. 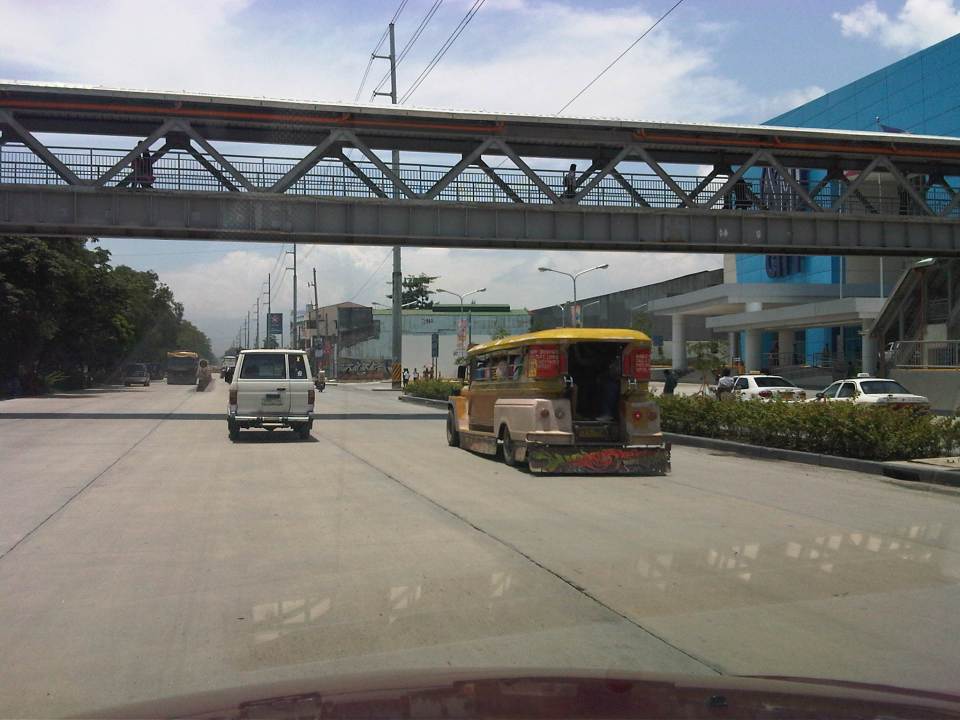 Another look at the new pedestrian overpass across SM Masinag along Marcos Highway westbound – this was a necessary facility for the safety of people (likely shoppers) crossing the 8-lane highway. The overpass would probably have to be modified later should LRT Line 2 be extended towards Antipolo City.

Concrete barriers delineating lanes intended for vehicles making a U-turn along Marcos Highway just after SM Masinag – the barriers are also meant to reduce weaving caused by vehicles generated by the mall and intending to make the U-turn. These barriers, however, are also hazards as vehicles accelerating after Masinag will suddenly encounter these without adequate warnings. At present the lane is blocked right after the median opening due to uncompleted roadworks. Thus, erroneously entering the leftmost lanes will require a U-turn. Such barriers would have to be removed so traffic can still opt to pass through the section. 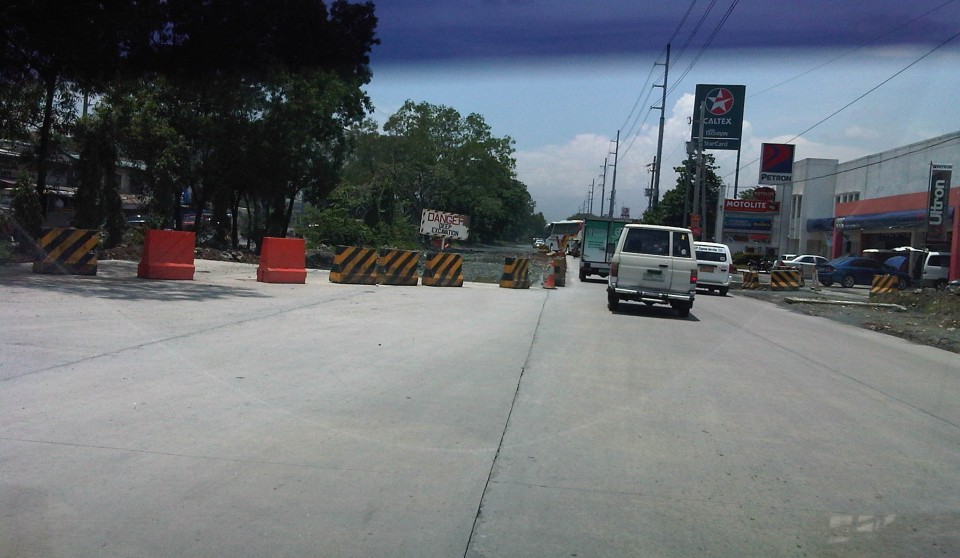 Unfinished section along Marcos Highway westbound – the number of lanes are reduced from 5 to 2, drastically reducing capacity and causing serious queuing due to the shockwave resulting from the bottleneck.

Unfinished drainage and roadworks along Marcos Highway westbound across the Caltex service station approaching the Filinvest East and Vermont Park gates – the section widens just before the subdivision gates and median opening but the inner lanes have not been paved at the time the photo was taken.

Median opening (U-turn slot) for westbound traffic coming from Imelda Avenue – the old median opening across Burger King was closed and traffic was diverted to this slot located between the Shell and Phoenix service stations right after the  Town & Country gate and CVC grocery. The result was less congestion due to weaving traffic between Imelda and this slot. This, however, came with a price – a longer trip for vehicles coming from Imelda Avenue.

With the completion of road and drainage works along Marcos Highway, it is expected that congestion will eventually be eased and the inherent costs will be reduced. Perhaps there will also be an opportunity to revisit traffic management and traffic control at critical junctions including Masinag, Imelda Ave./A. Tuazon, and A. Rodriguez/J.P. Rizal. So far, the perception of continuous movement due to the U-turn schemes along Marcos Highway have resulted in many adjustments to the locations of the slots while only producing congestion and perhaps encouraging aggressive driving behavior. Traffic signals should again be considered though traffic and travel behavior will surely be affected by a proposed extension of LRT Line 2.