At the end of our field visit to the PNR yard in Tutuban, our group was treated to a free ride to the Buendia (Gil Puyat Ave.) Station. Some of us sat on the last car so we were afforded a view of the railway tracks and the environment along the PNR right of way. The result is a set of photos that I like to call “a peep into the train’s backdoor.” 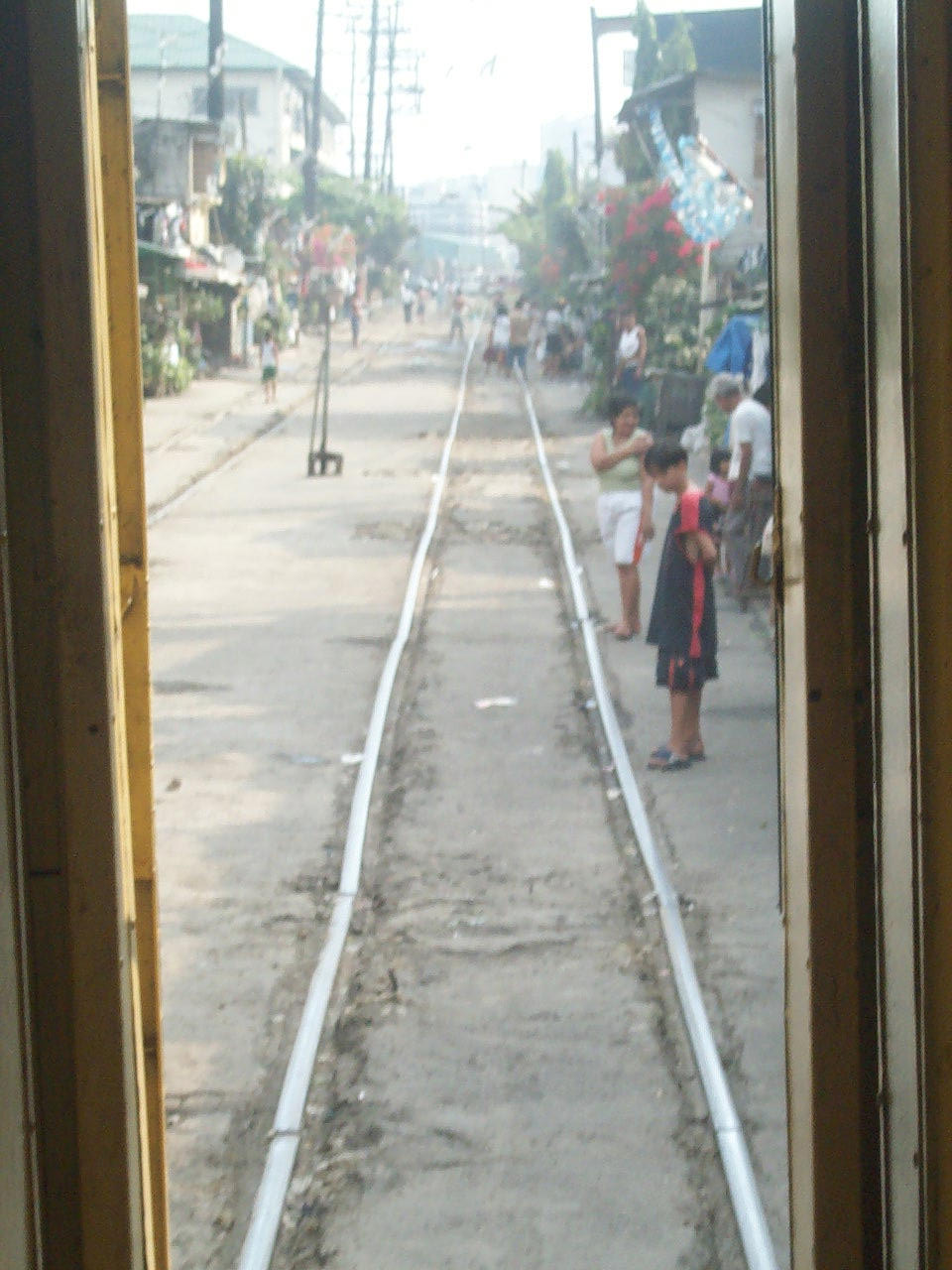 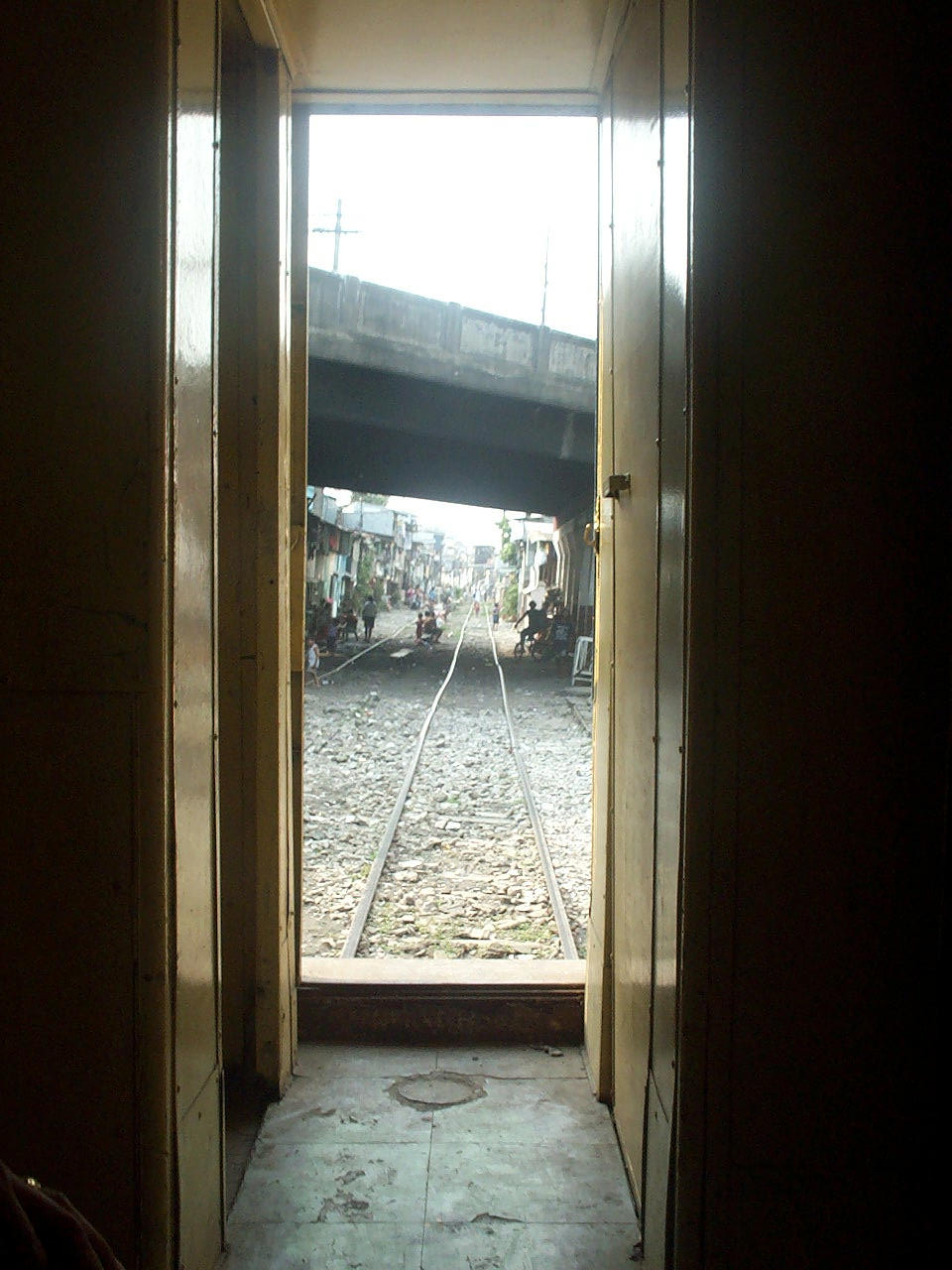 People have set up benches between the tracks and tambays are often found drinking or gambling, of the dangers posed by the trains.

Absent at the time were the trolleys that serve as informal transportation for communities along the line. These trolleys were generally human-powered, pushed by their operators and taking advantage of the the tracks and the unseen slopes to generate momentum and speed. These trolleys were light enough that they could easily be removed in case a train happened to be passing. I have photos of trolleys from my trip to Bicol that I will be including in future posts. 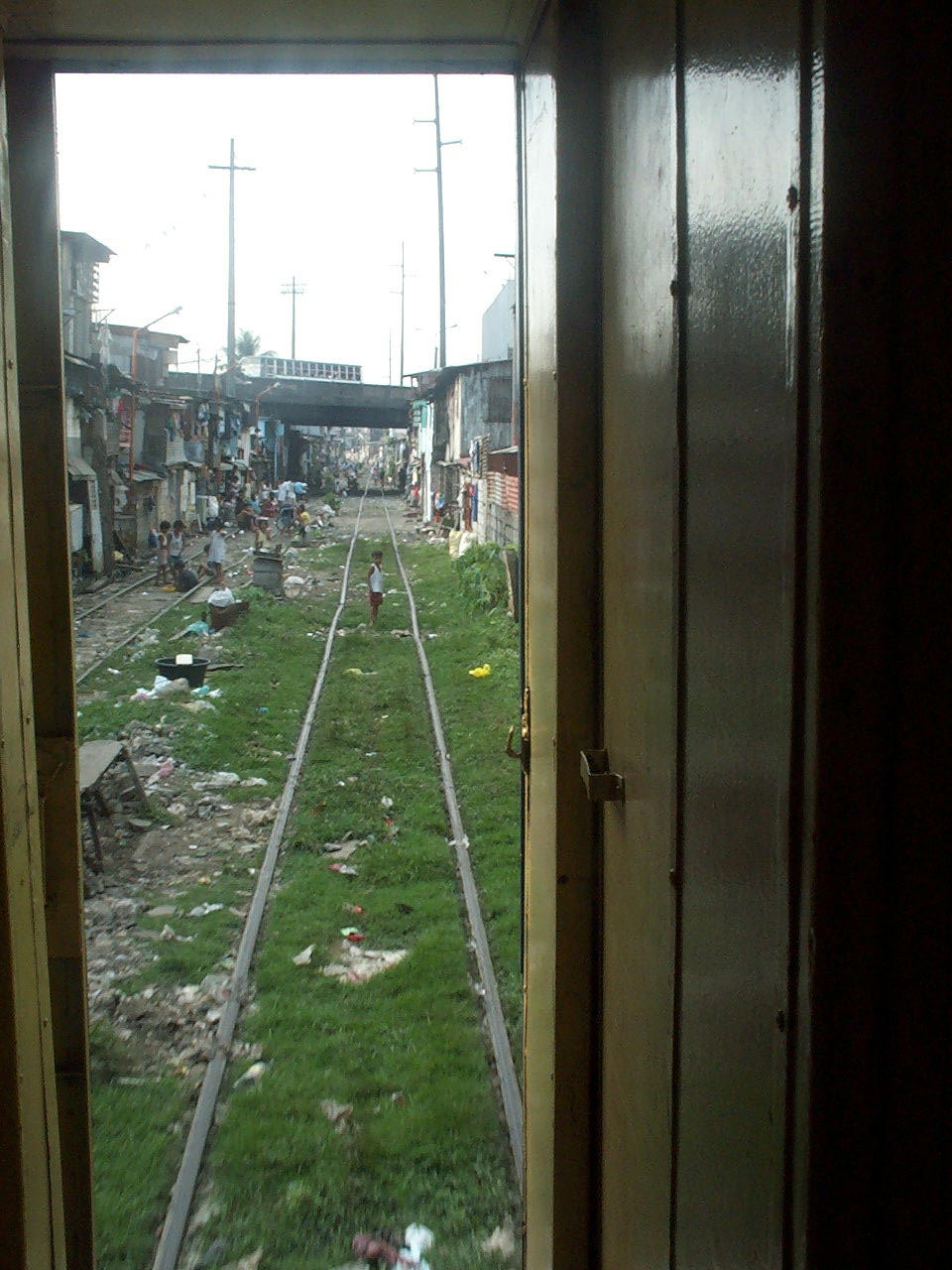 It is said that the state of a country is clearly reflected in the conditions or situation of its transportation system. I guess the photo above gives us a pretty good picture of where the Philippines is right now if only we can deduce the essential elements from the photo. We have children wandering about and not getting the education they need to become productive members of society. This, despite primary and secondary eduction being free and compulsory. We have a problem concerning waste disposal that definitely has environmental consequences, not to mention a contribution to the perennial problems of flooding. We also have a housing problem where affordable, well-located housing is generally unavailable thereby attracting people to informal settlements. In the latter case, some settlements seem to be encouraged by local politicians if not local governments as they provide cheap votes come election time. And of course, there’s our transport system that needs a lot of attention if only to fix the results of failures in transport planning.