There are many domestic airports around the country that need to be upgraded. Among them are Cagayan De Oro, Tagbilaran and Roxas City. With the exception of Roxas City, the other two cities I mentioned are in dire need of larger passenger terminals given the demand and longer runways to be able to handle larger aircraft. In the case of Roxas City, passenger demand is surely increasing but not as rapidly as CDO or Tagbilaran. CDO, after all, is the main gateway to northern Mindanao while Tagbilaran is a major tourist destination. In the case of Roxas City, it has to compete with larger and more modern airports in the island of Panay particularly the Iloilo and Kalibo airports. For the neighboring province of Aklan, there is actually another modern airport that serves primarily the demand for travel to the attraction that is Boracay Island. Still, there is a need to refurbish, at the very least, Roxas City’s passenger terminal for many reasons. Primary among these reasons are the need for a more comfortable departure lounge and a secure terminal facility. Of course, it will be most welcome if the runway could also be improved. Following are a few photos from a trip back in 2010. 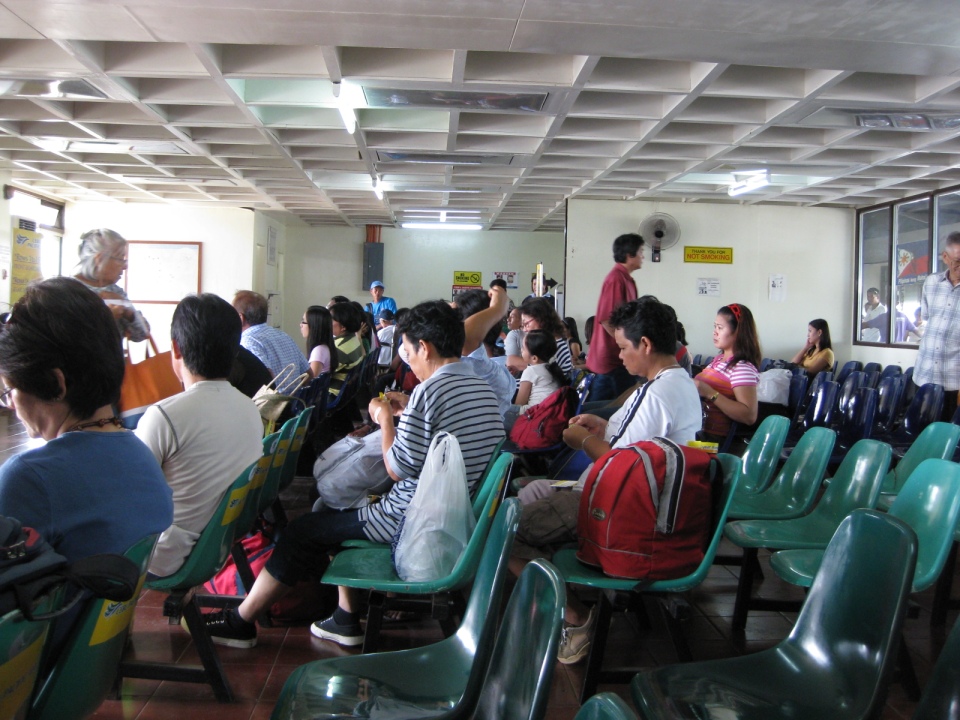 The departure area is crowded and would not be able to handle two plane loads of passengers given the typical schedule of flights to Roxas.

It was a good thing the airconditioning was working and the area was generally clean. The toilets were satisfactory. The TVs were also functioning but one couldn’t really hear anything from the ambient sounds (or noise) from the collective conversations of those in the lounge.

The airport reminded me a lot of the old processes in the old domestic airports including Manila’s. Boarding was organized according to the “diagonal lines” indicated on the boarding passes. There are still signs in the terminal with these conventions as shown above near the clock. 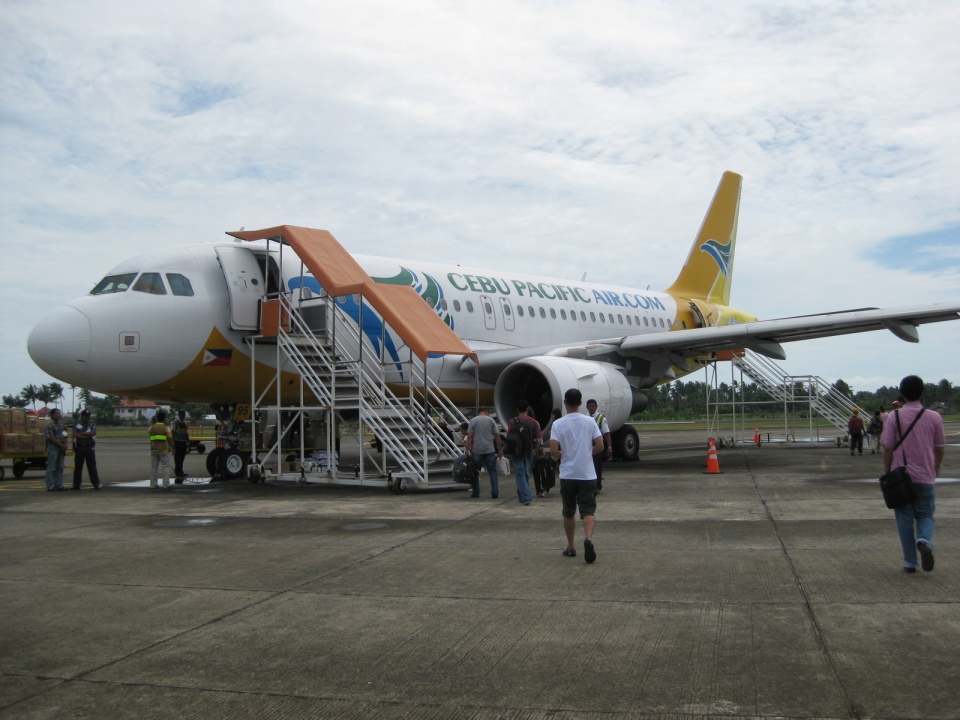 The domestic airport provided the basic facilities for such terminals. These terminals do not have air bridges like the airports I have written about. In the photo shown above, fabricated stairs or ladders are used for boarding or deplaning.