Deplaning…it’s more fun in the Philippines

I was thinking about things that are more fun in the Philippines when I suddenly remembered I was able to take a couple of photos of fellow passengers descending from our aircraft via stairs, walking along the tarmac, and then ascending the stairs to the air bridge/tube. This, because there was no tube operator available for our plane at NAIA Terminal 3. I could still remember various remarks from passengers ranging from the unkind to those that come across as jokes to those made in jest including the by-line “It’s more fun in the Philippines!” that was adopted by the Department of Tourism as their slogan. 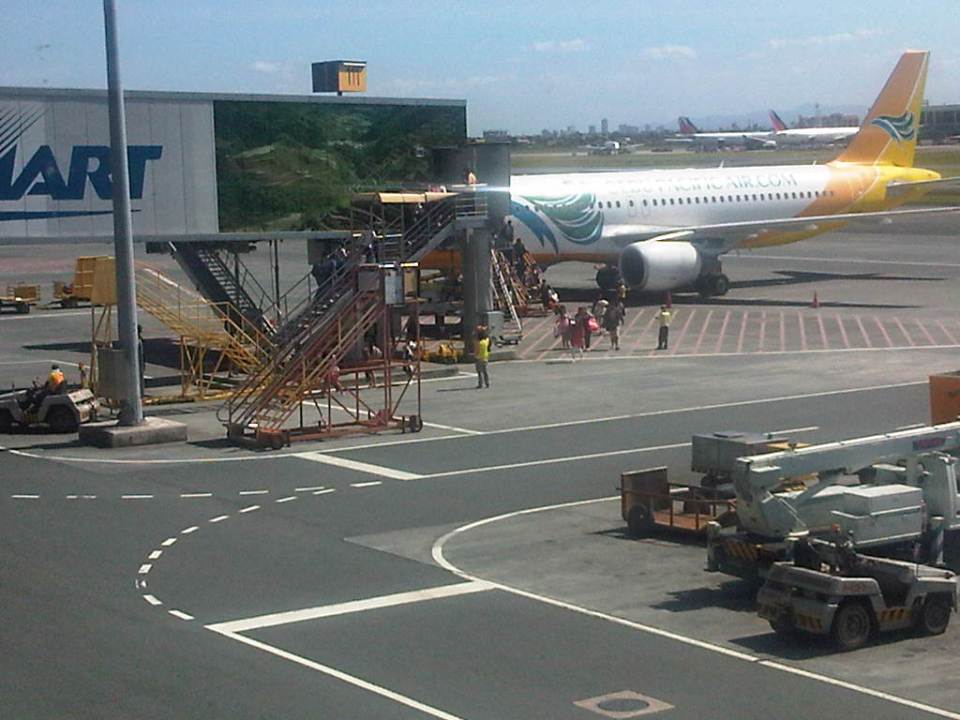 Passengers deplaning from the Cebu Pacific A320 aircraft – the plane was already docked for it to be served by the air bridge but it tool about 20 minutes before the flight attendant informed passengers that the aircraft had to be re-positioned to allow for the stairs to be brought alongside the aircraft. It was also announced that the reason for this was because there was no operator available for the air bridge. 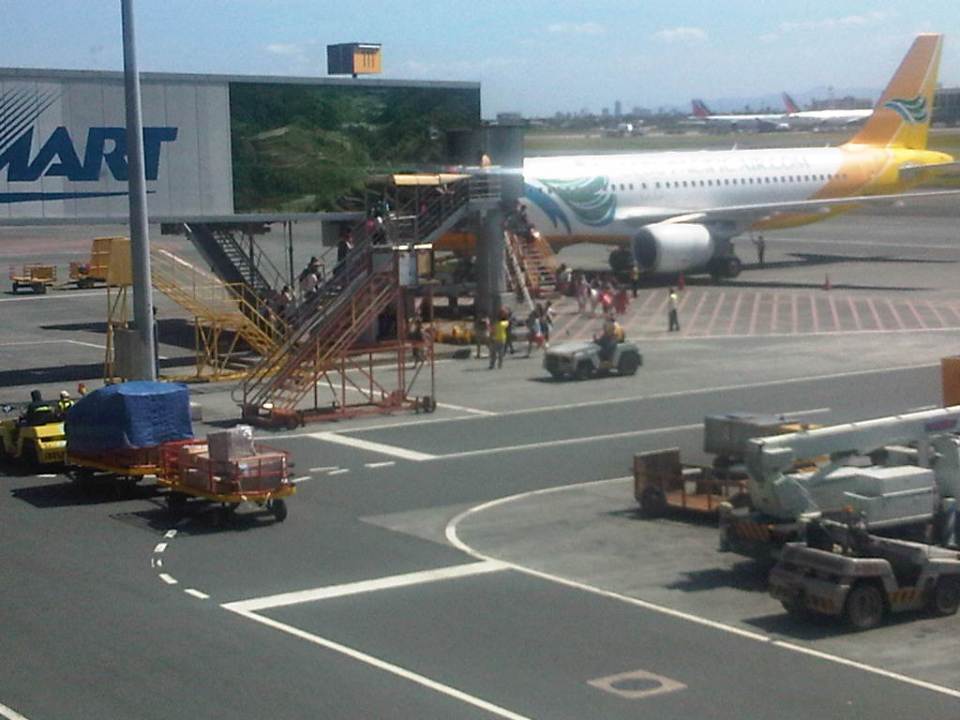 Passengers ascending the stairs to the air bridge – after walking the distance from the plane, passengers were instructed to climb to the air bridge, which connected to the corridor leading to the immigration area. This was at 2:30 PM in the afternoon when passengers are exposed to the scorching heat and elderly passengers had to negotiate two stairs with minimal assistance from ground personnel. For domestic flights, I remember that passengers could proceed to the baggage claim area that was  practically at the same level as the tarmac since they didn’t require processing through immigration.