Why is Commonwealth still unsafe?

After being branded as a “killer highway” and regarded as the most dangerous road in the Philippines, authorities have scrambled every now and again to come up with various schemes to reduce the incidence of road crashes along Commonwealth Avenue in Quezon City. The highway has been designated as a traffic discipline zone, pedestrian overpasses have been constructed, the speed limit has been set at 60 kph, and a lane has been assigned for motorcycles. All this and still Commonwealth has been assessed to be unsafe. 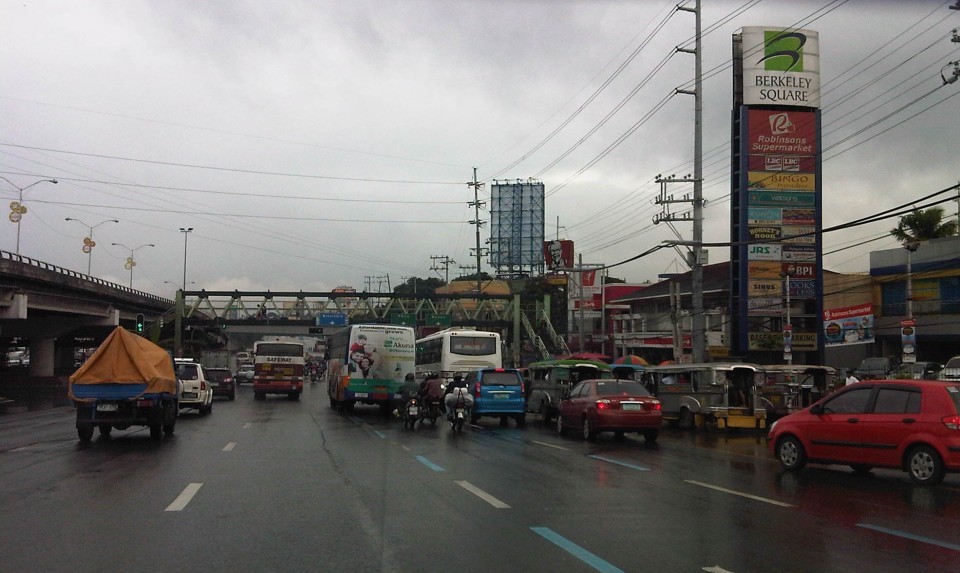 Why is Commonwealth Avenue unsafe after all the initiatives, all the programs and projects implemented along the corridor? There are many reasons both general and specific. However, let us list only four:

1) Driver behavior – despite all the safety programs, driver behavior (both for private and public transport) has not generally improved. There are still many aggressive and reckless drivers weaving in traffic. PUB and PUJ drivers often exit the lanes designated for them. Private vehicle driver continue to speed above the speed limit, knowing that there is only 1 speed radar deployed along the highway. And drivers continue to use median openings to cross the highway, creating situations with high likelihoods of crashes. Gap acceptance is typically aggressive and driver and riders seem to travel thinking others will just avoid them should there be conflicts along the way. 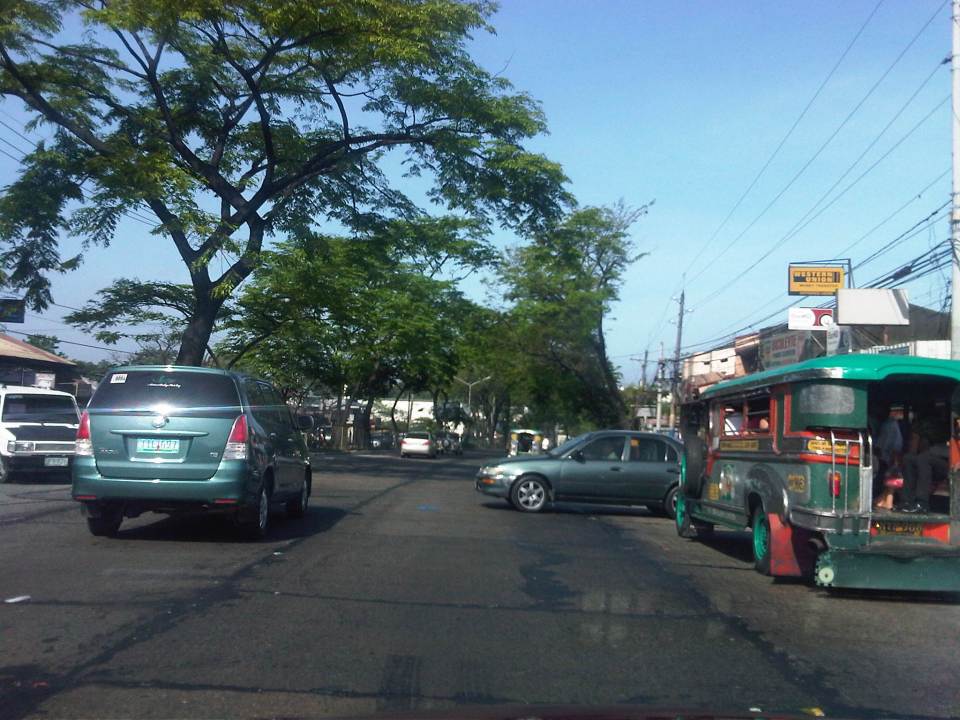 2) Pedestrian behavior – even with overpasses constructed, This is particularly the situation along the section from Fairview Market to Litex where people of all ages continue to cross at various points along the highway, seemingly oblivious to the dangers posed by motor vehicles along the highways many lanes. People seem to be generally unaware or do not care about the risks as shown by the pedestrians below including parents crossing while carrying their child. Jaywalking (or if there is an equivalent running and dodging vehicles) is quite prevalent along Commonwealth despite the construction of several overpasses. One problem, it seems, is the fact that many overpasses are not used because of some design flaws (stairs too steep or have limited capacity) and the propensity for setting up shop right on the overpasses themselves, thereby limiting its capacity for pedestrian traffic. 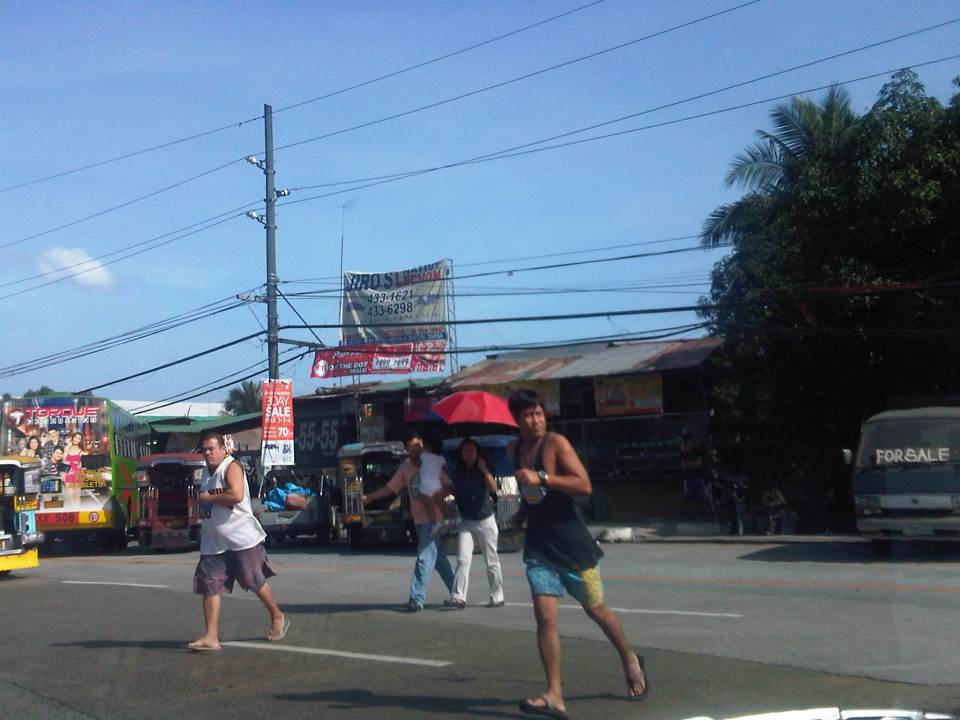 3) Enforcement – let’s be honest and accept the fact that enforcement along Commonwealth is patchy at best. It’s strict only during the initial days of a new program but eventually relaxes. We have a term for this – “ningas cogon.” This applies to both enforcers of the MMDA and Quezon City DPOS and the Philippine National Police. In fact, there are many violations that are taken for granted perhaps for the sheer difficulty of sustaining enforcement efforts. It was mentioned previously that there is still a problem pertaining to pedestrians and such problems that include jaywalking and illegal vendors on overpasses are among those that need constant attention from enforcers. There is also the persistent challenge from public transport that includes racing and the non-usage of lanes designated for them. In the photo below, for example, jeepneys take up the outer lane of the highway, which also happens to be part of the public transport lanes where PUB’s and PUJ’s are supposed to be confined while traveling along Commonwealth. 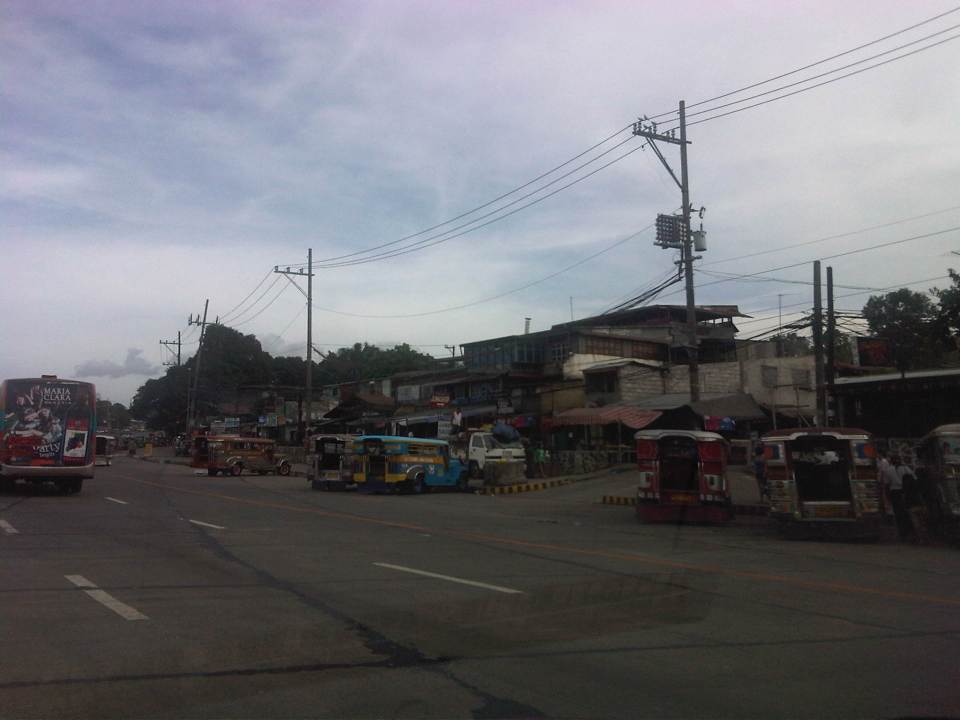 4) Geometry – the highway is not only too wide but also generally straight and level for long sections. These conditions are perfect for high speed travel and without enforced speed limits will normally tempt a lot of drivers and riders to speed up. This is something that has been well established abroad and can easily be observed along our expressways and national roads where the formula of availability of space (wide roads) plus excellent sight distance combine with aggressive, risk taking driver/rider behavior to result in high vehicle speeds. 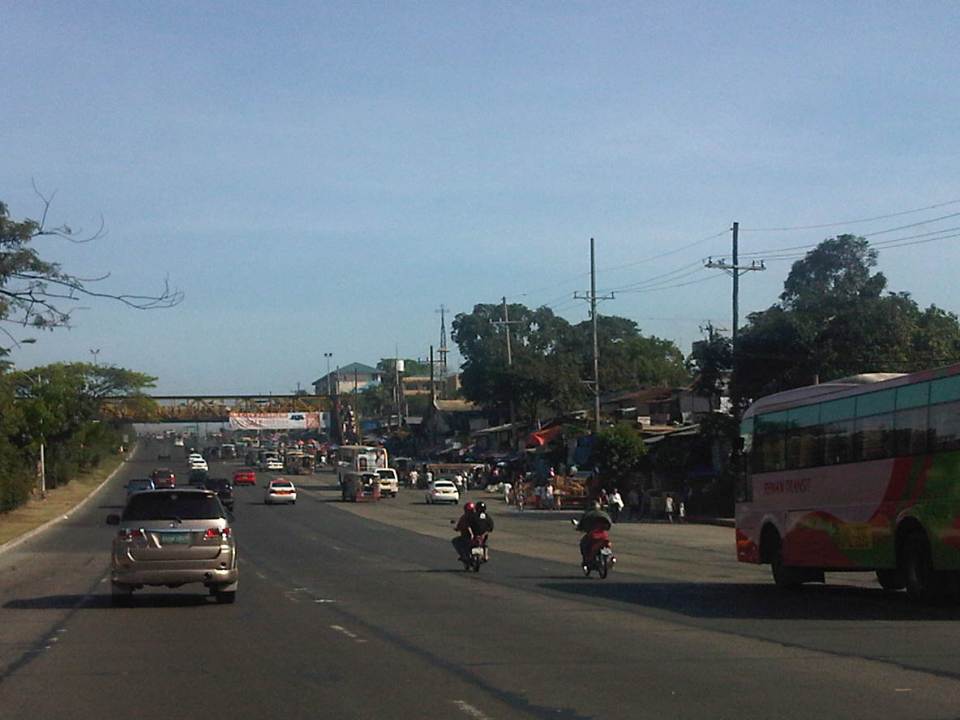 There are also the unusual designs of median openings (U-turns) that were claimed to have taken into consideration vehicle turning radii as well as trajectories along the the highway. Yet, there is the persistent observation that the median islands appear to be “nabubuntis” or getting pregnant based on the bulging island where the U-turn slots are located. U-turns also encourage weaving and aggressive behavior in order to cover the distance and width to a median opening. The non-occurrence of crashes now do not mean they will not occur in the future. These are examples of disasters waiting to happen just like the conditions at the huge roundabout that was constructed along Commonwealth in the Fairview area (photo below) where vehicle movements show motorists generally do not know how to use roundabouts. Thus, you get buses making U-turns and jeepneys and cars doing left turns in this portion of the highway. 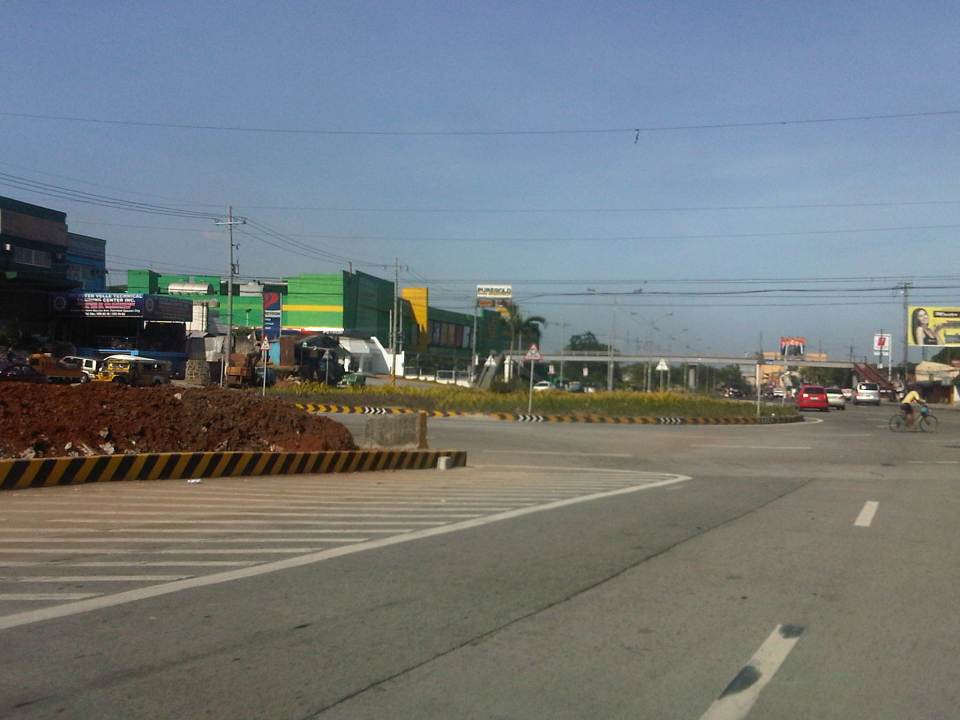 Let me emphasize a main point I made in the previous paragraphs: It is not because there are few road crashes occurring (compared with the potential often cited by various parties criticizing the U-turn scheme) that Commonwealth is deemed safe. The fact is that any assessment of the highway will be based on the likelihood of crashes occurring due to the conditions along the road. It is probably by sheer luck that the incidence of fatal accidents is not that high. It is still a case of a disaster just waiting to happen.

There is still much to hope for since the MMDA and others involved continue in their efforts along Commonwealth including the designation of motorcycle lanes and the enforcement of speed limits (despite their limited hardware). These have obviously influenced motorists’ behavior in a positive way along the highway. Behavior change is a very good thing that needs to be reinforced further in order to improve safety along Commonwealth. But constructive and more permanent behavior change with respect to transport and traffic will take time, and efforts need to be consistent, firm and sustained to condition the minds of travelers for this change.

The case for Commonwealth might as well be applied to other roads not just in Metro Manila but throughout the country as well. Much is required in terms of resources and commitment to effect significant changes that will lead to the improvement of transport and traffic conditions. And yet the treatments are often generally varied, each city going about its own ways despite good practices available for adoption or adaptation. Perhaps the lessons from Commonwealth will be applied elsewhere, or perhaps not. Let us just hope that it won’t go the way officials in other cities jokingly say about traffic schemes in Metro Manila – “We observe what they do in Metro Manila and then we don’t do it here.”