Circumferential Road 4 or C-4 is perhaps the busiest among the major arterials of Metro Manila. It is usually associated with its longest segment named Epifanio De los Santos Avenue or EDSA, which stretches from the SM Mall of Asia in Pasay City to Monumento in Caloocan City. There are two other segments of C-4: C-4 Road (R-10 to Letre/Samson Road), Letre Road (Malabon City Hall to Samson Road), and Samson Road (Letre/C-4 to Monumento). All in all, the road cuts across eight cities in Metro Manila: Navotas, Malabon, Caloocan, Quezon City, Mandaluyong, Pasig, Makati and Pasay. 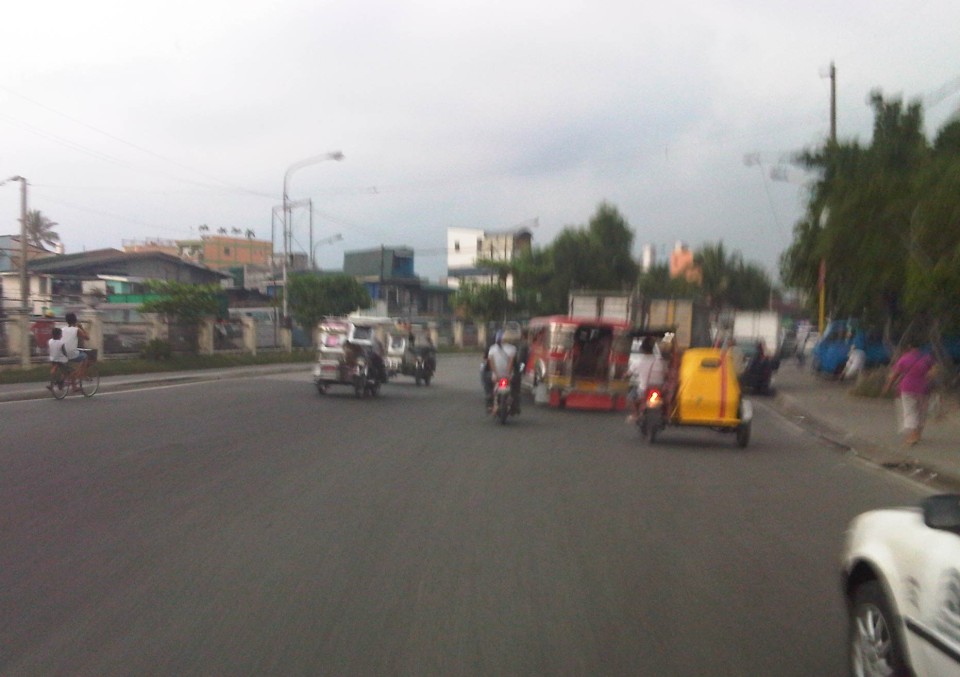 After turning from R-10, one is greeted with a 4-lane road that at the time didn’t have pavement markings to distinguish the lanes. 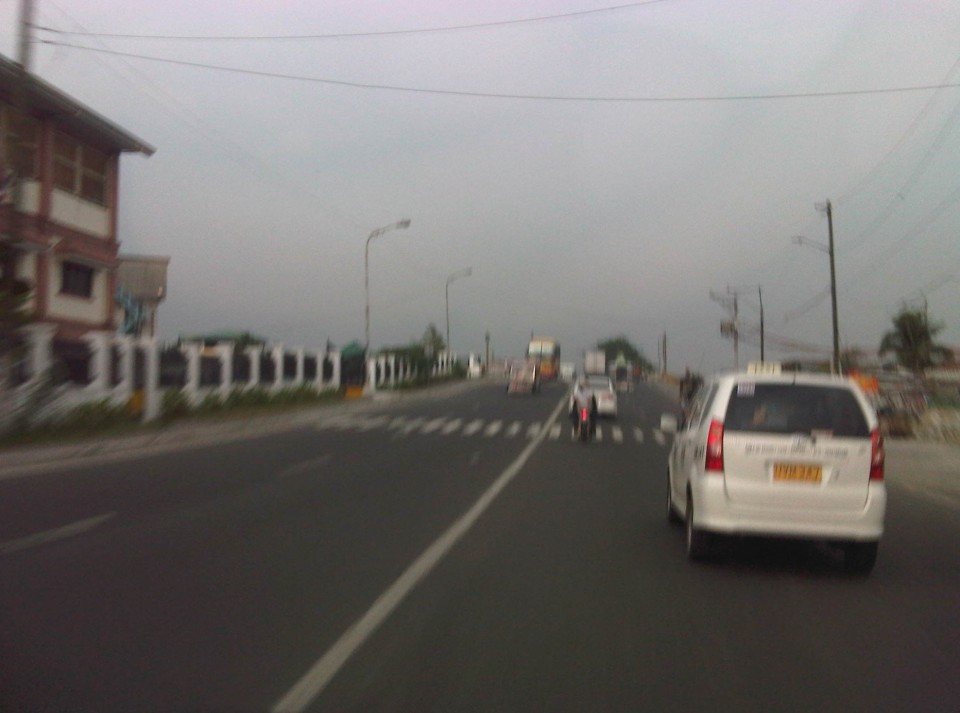 After covering some distance, pavement markings appear before reaching the bridge that connected the Navotas part of C-4 with Malabon. 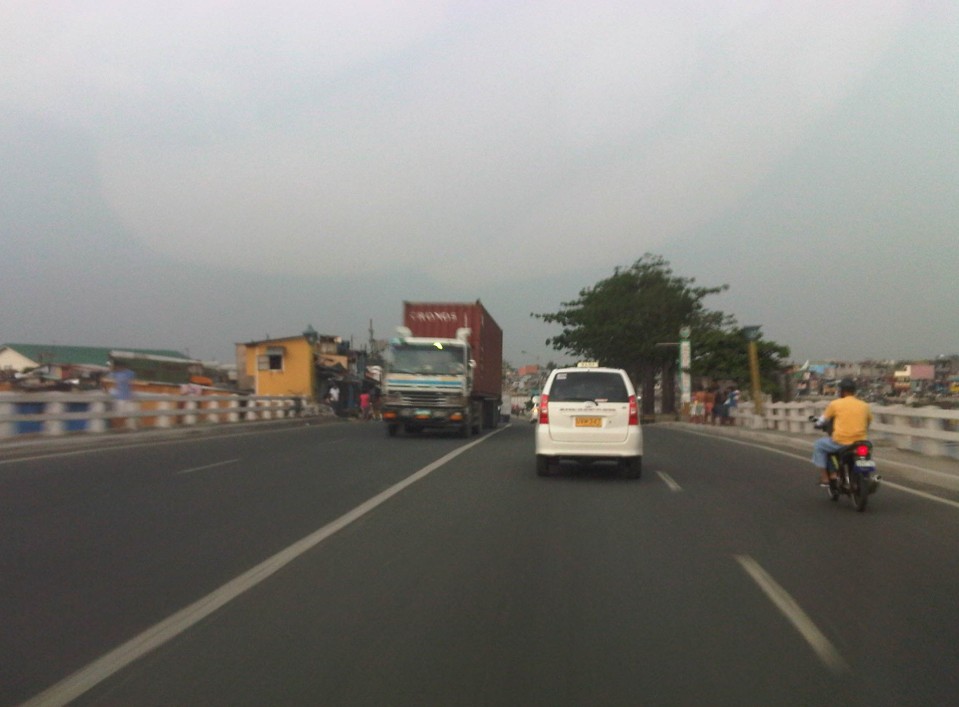 The bridge spans the Navotas-Malabon River, which goes around this point and meanders back to Malabon and Caloocan. 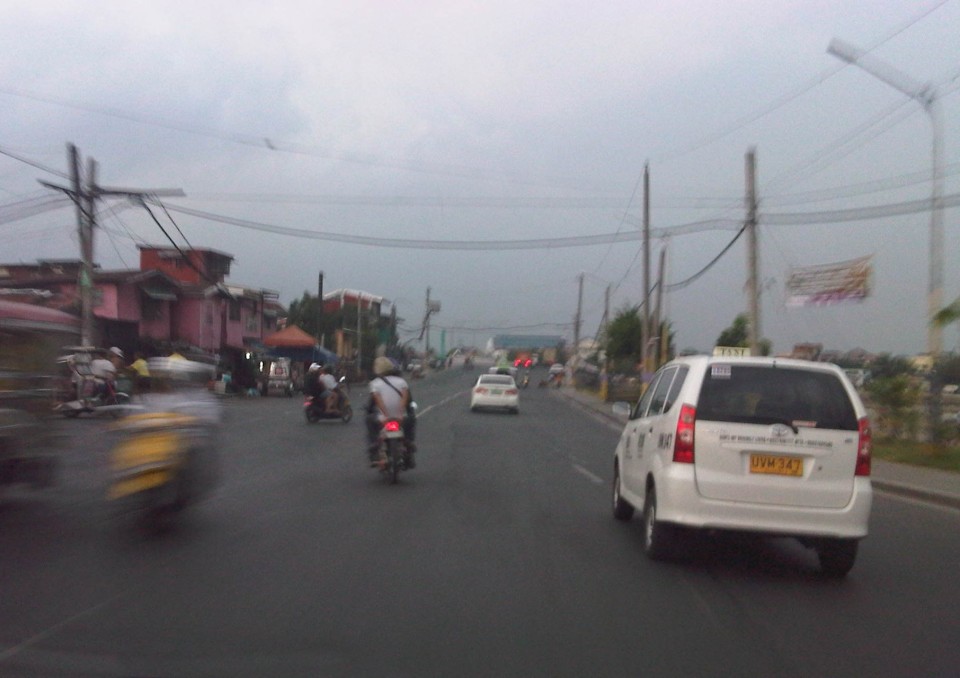 Between the first bridge and the next along the way to Monumento, travelers have a view of the section of Navotas-Malabon River meander on the right side. Garbage floating on the river are quite noticeable but not as many as in the past. 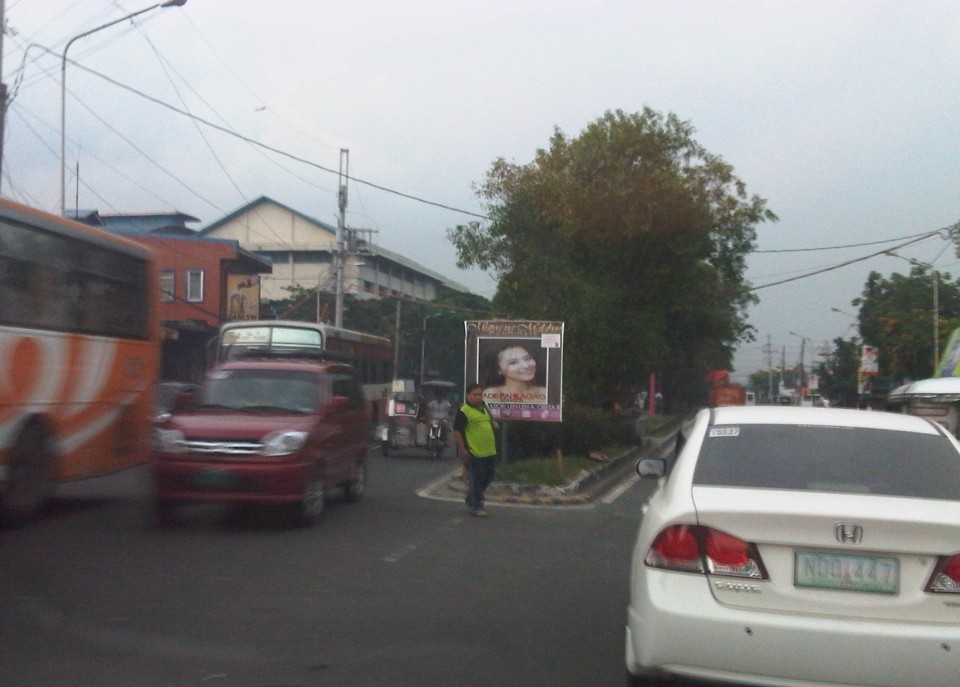 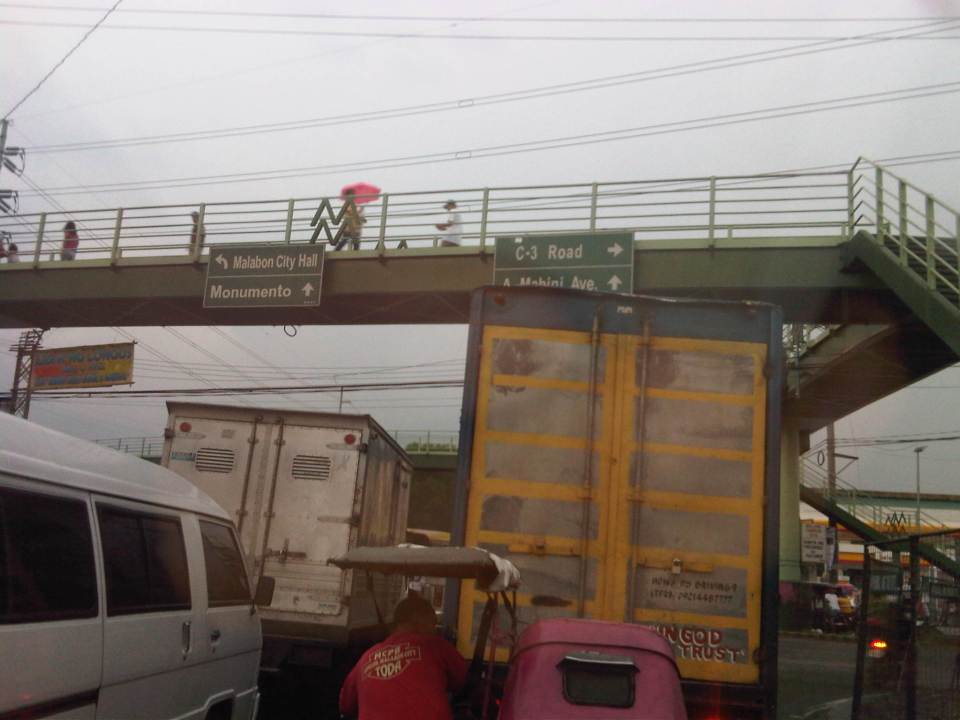 Pedestrian overpass with directional signs before the intersection with Dagat-dagatan Avenue. 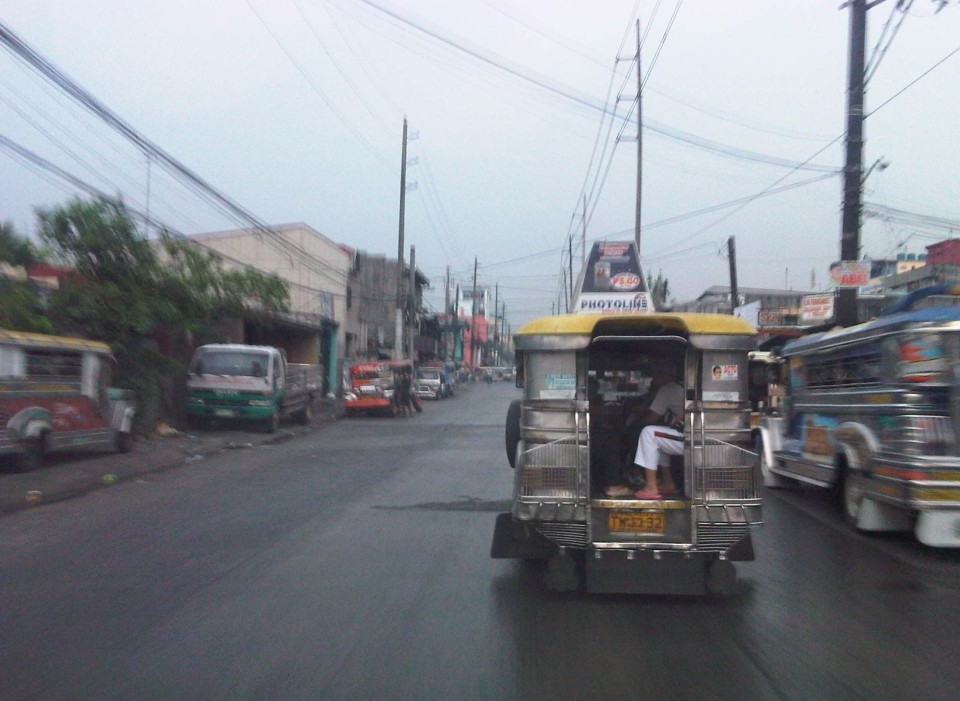 This is supposed to be a 4-lane section but it seems the roadside friction, driver behavior and the lack of pavement/lane markings contribute to the perception of limited space along C-4. Pedestrian sidewalks are also used as parking space by jeepneys and trucks as shown in the photo. 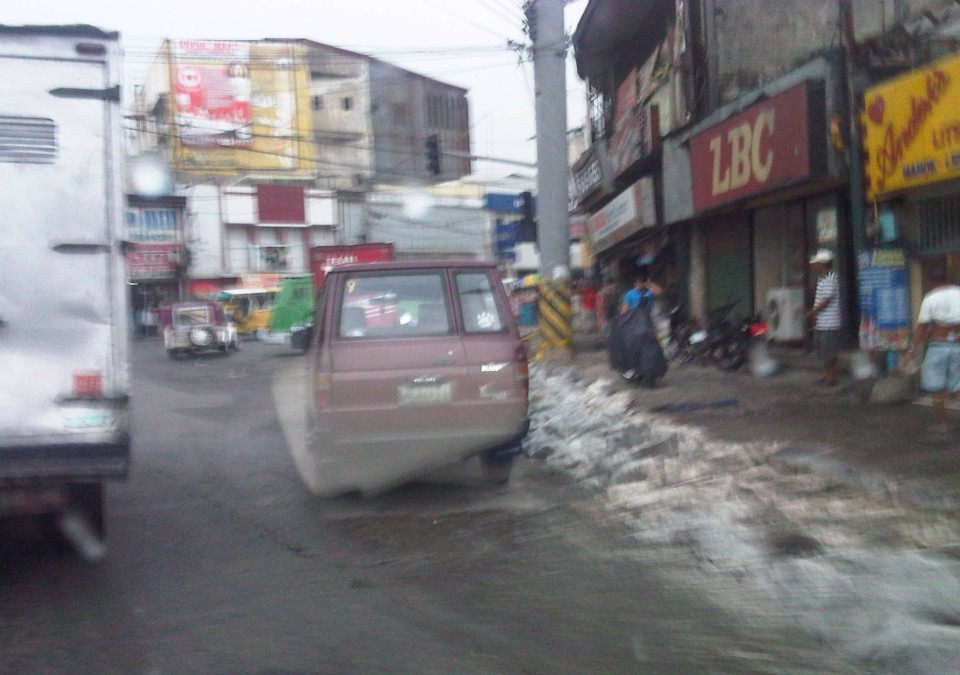 Roadworks at the approach to the intersection with A. Mabini/M.H. Del Pilar from where C-4 is known as Samson Road. 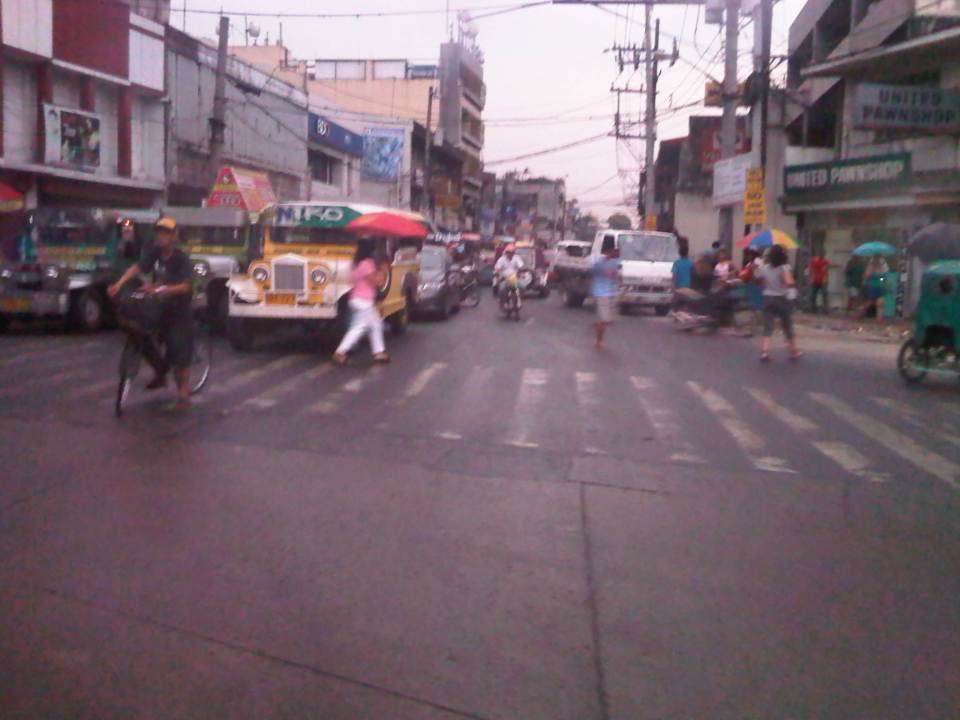 Intersection with Torres Bugallon – jeepneys crowd at the intersection and this often leads to congestion. Pedestrians cross anywhere and there are also pedicabs (non-motorized three-wheelers) roaming around that also contribute to the chaotic traffic. 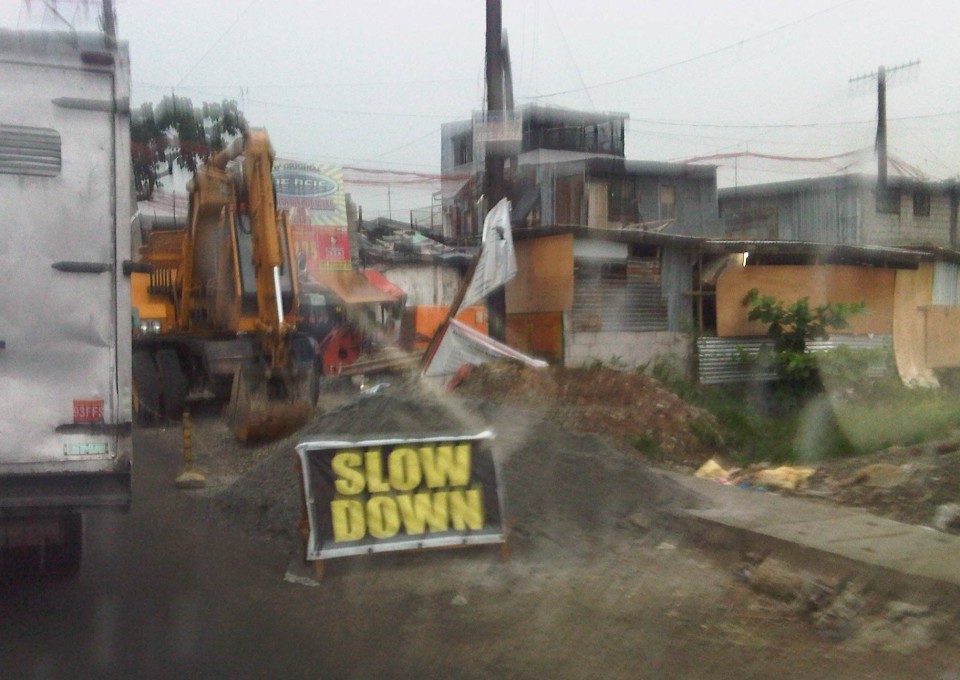 Roadworks along C-4 – also shown in the photo are shanties of informal settlers along the PNR right of way, which crosses C-4 at this point. 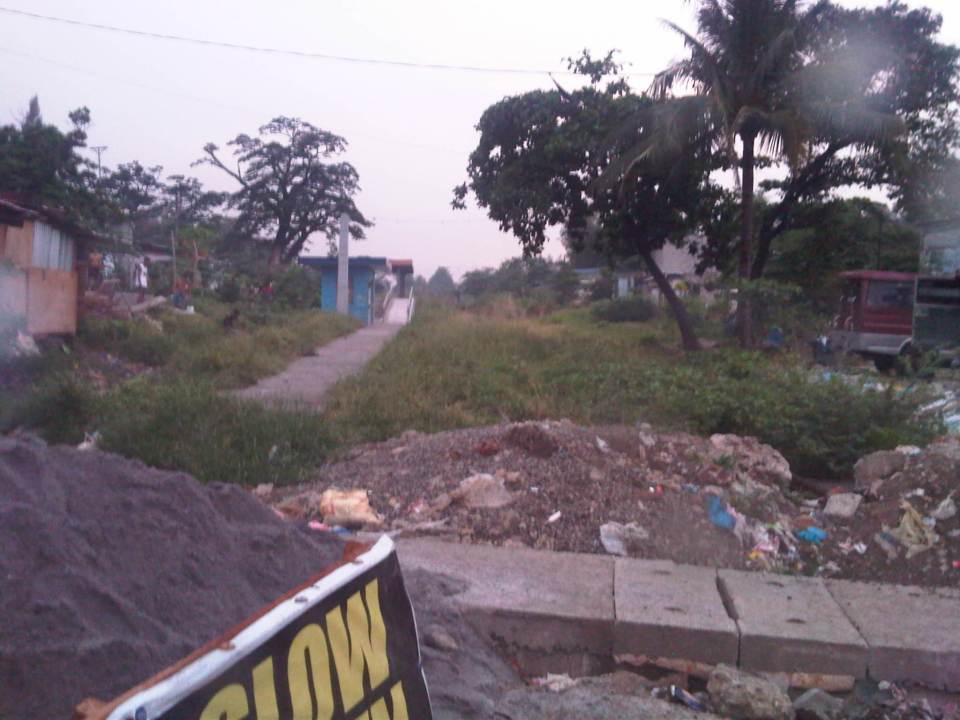 Remnants of the PNR’s Main Line North with a station a few meters from C-4. This should have been part of the proposed Northrail line connecting Metro Manila to Clark, Pampanga. 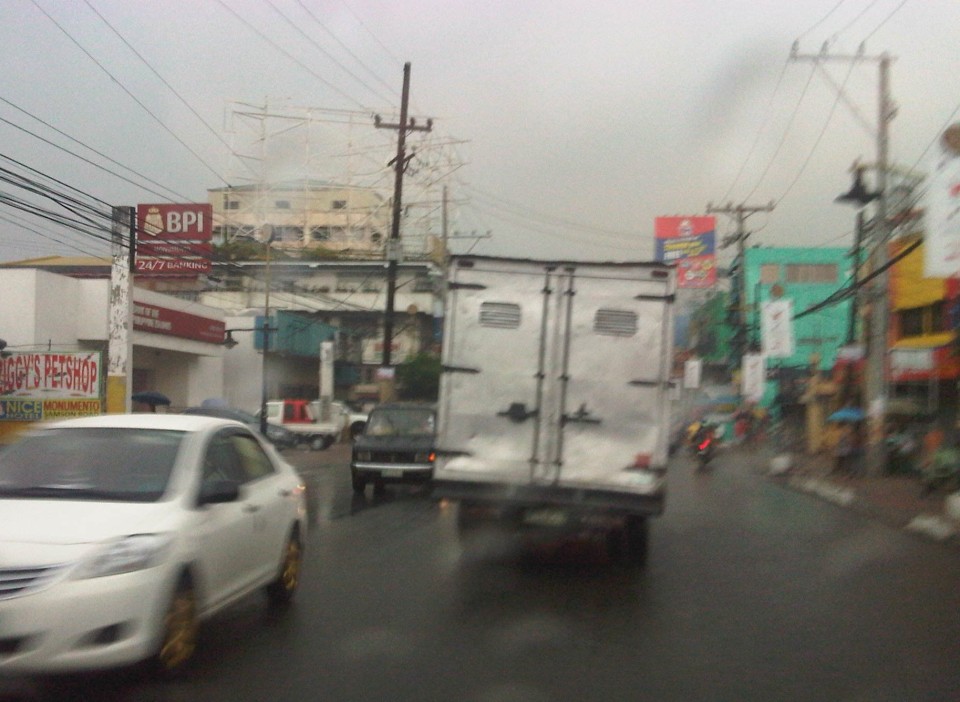 Samson Road stretches along a very busy, much built-up district of Caloocan. Near Monumento, there are many big commercial centers including shopping malls around the rotonda known for a memorial for Andres Bonifacio, a national hero who led the revolution for independence from Spain in 1896. 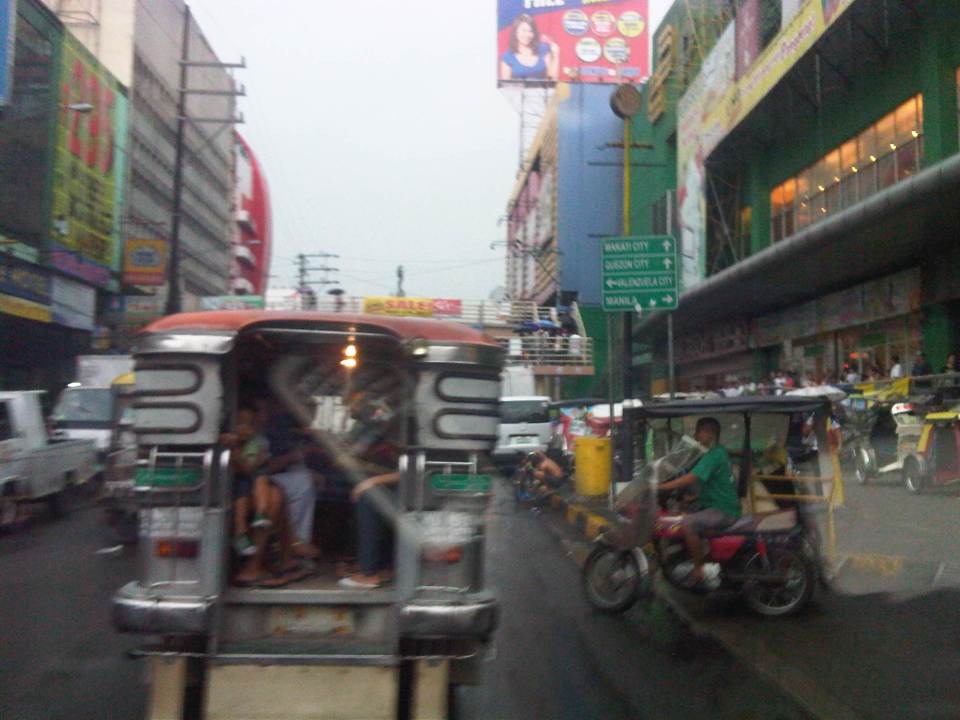 Samson Road is obviously a national road but tricycles are allowed to operate here; just one of the traffic/transport policies that accommodate such paratransit modes along roads where they are inappropriate.

In order to address the vehicles counter-flowing or encroaching on the opposing traffic lanes and jaywalking problem, steel barriers were put up in the middle of the road. Overpasses like the one in the photo were constructed to enable people to cross the road. Notice the vehicles parked or standing along the road and on the sidewalks? 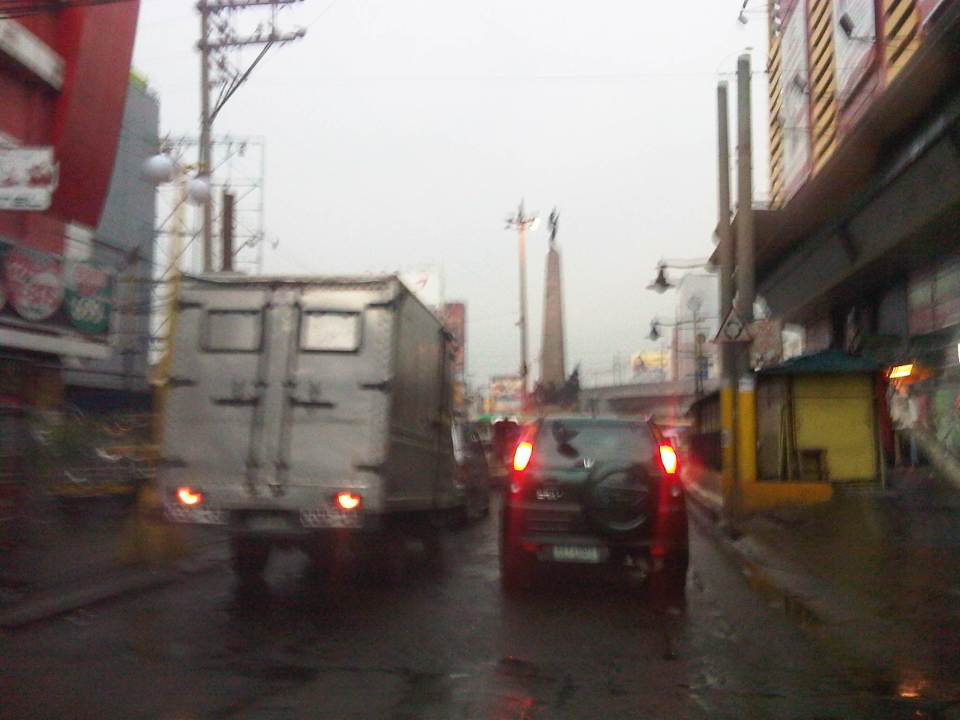 Approach to Monumento with the obelisk at the center island of the rotonda visible at the center of the photo. Also shown in the photo at the roadside is a traffic sign informing travelers that they are approaching a rotonda.