The Transportation Engineering Group of the Institute of Civil Engineering of the University of the Philippines Diliman held a special session for its Professorial Chair Lectures last August 10, 2012 at the Toyota Training Room of the National Center for Transportation Studies. Four lectures were delivered by ICE faculty members who are also Research and Extension Fellows at the NCTS. Following are a few photos taken during the colloquium. 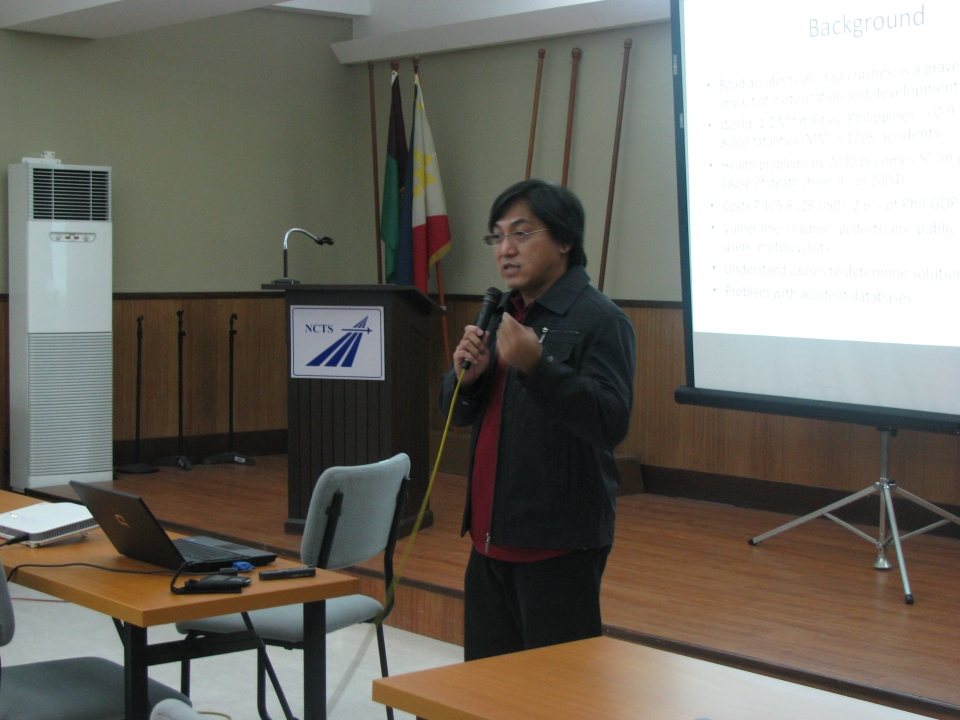 Dr. Karl Vergel presenting on the Design of Traffic Signal Timing and Traffic Impacts of the Re-Introduction of Traffic Signal Control at the Intersection of the University Avenue and Commonwealth Avenue (Maynilad Professorial Chair)

Audience consisting of various participants including those from the DPWH, DOTC and MMDA who were invited for the colloquium. 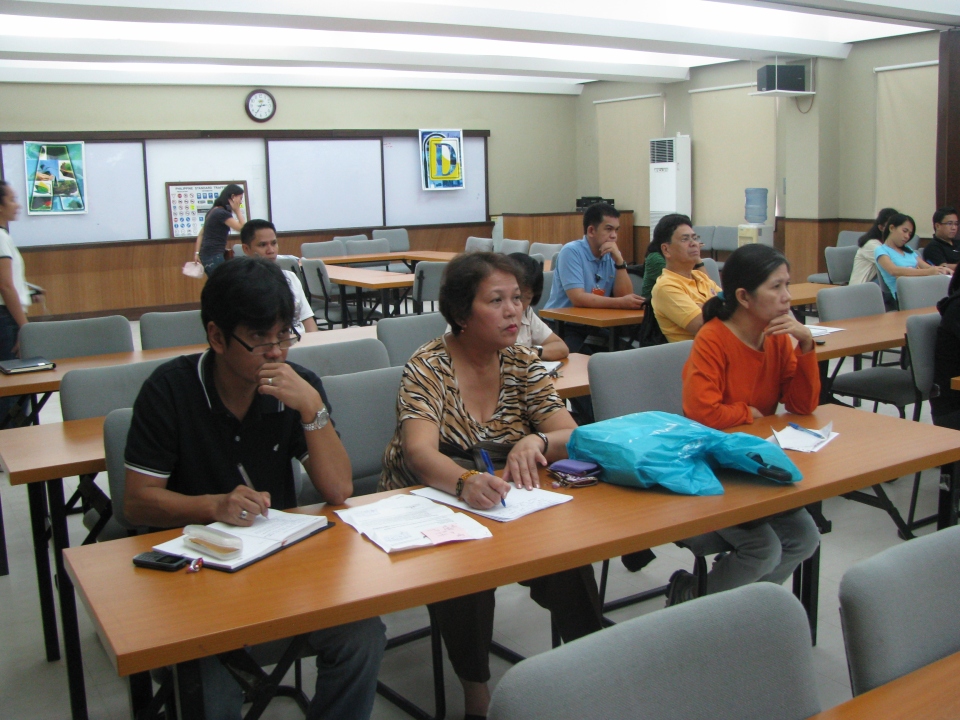 Graduate students and technical staff from the College of Engineering and the National Center for Transportation Studies also attended the lectures. Unfortunately, classes were suspended that week due to the monsoon rains that resulted in widespread flooding in Metro Manila so undergraduate students were not able to attend the colloquium.

The presentation files may be found in a previous post where links for downloading are provided. These may also be found in the NCTS website.