I haven’t had a good chance to take photos of the streets in Intramuros, Manila. The historic streets within what was for hundreds of years regarded as Manila deserves a more detailed treatment. Recently, I have been able to go around a little bit thanks to meetings at the DPWH and a lecture at the Mapua Institute of Technology. I took full advantage of the opportunity to take photos along some streets along the way to my meetings and am posting these in a few articles about what I think should be a good example for heritage conservation including the street names and old structures within the walled city.

The original name of Andres Soriano Jr. Avenue, the main road stretching from Plaza Mexico along the Pasig River to A. Bonifacio Drive in the Port Area, was Calle Real del Palacio. I believe they should have stuck with the original name in order to preserve this piece of history. Our politicians have a penchant for renaming streets after their kin, heroes, or for purposes like claiming that we should exorcise names associated with our colonial past. While the latter seems to be a basis for changing names elsewhere (not just in the Philippines), perhaps the remedy here is to still retain the original name under the new one. 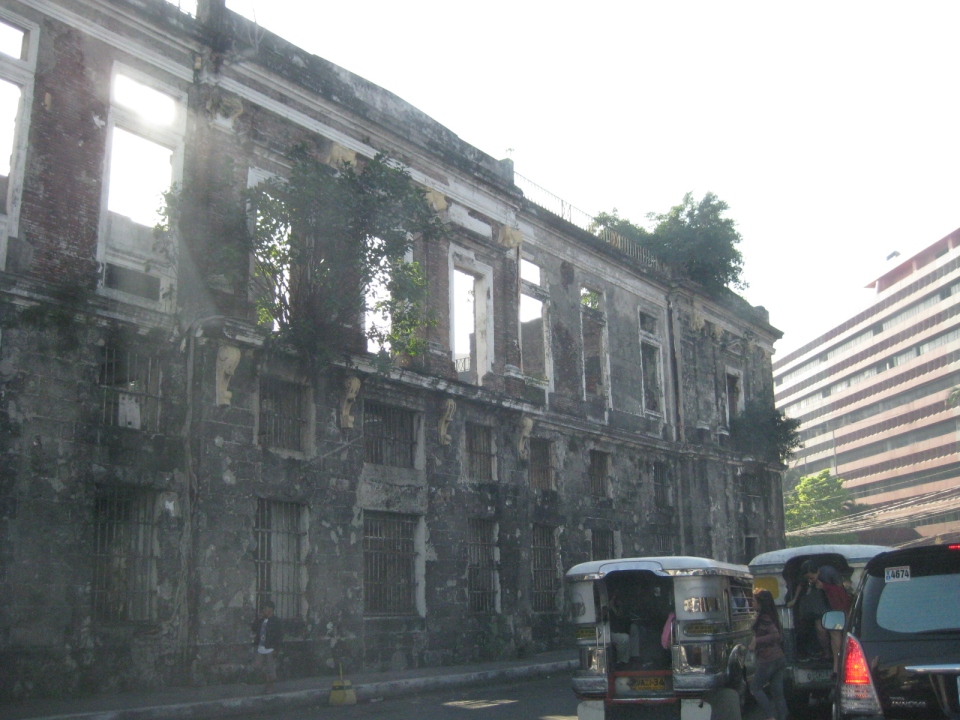 Ruins of the aduana or customs building, visible upon turning from the Muelle Del Rio at Plaza Mexico towards Andres Soriano Jr. Ave. 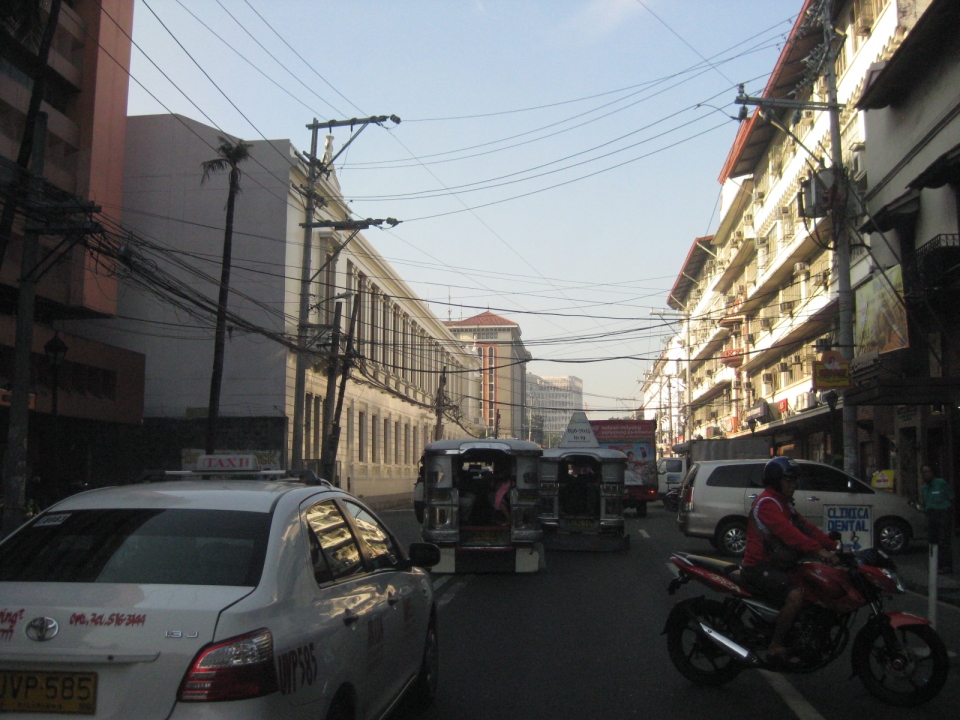 The road is a four lane, two-way street. It is usually congested because of public transport loading and unloading operations (usually in the middle of the street) and roadside parking, which is tolerated. In fact, there are parking aides in charge of collecting fees from drivers parking along the streets. Intramuros is host to a lot of offices, commercial establishments and schools – all major traffic generators that attract so many vehicles thereby requiring a lot of parking space. The building to the left is the reconstructed building where the old ayuntamiento used to stand. 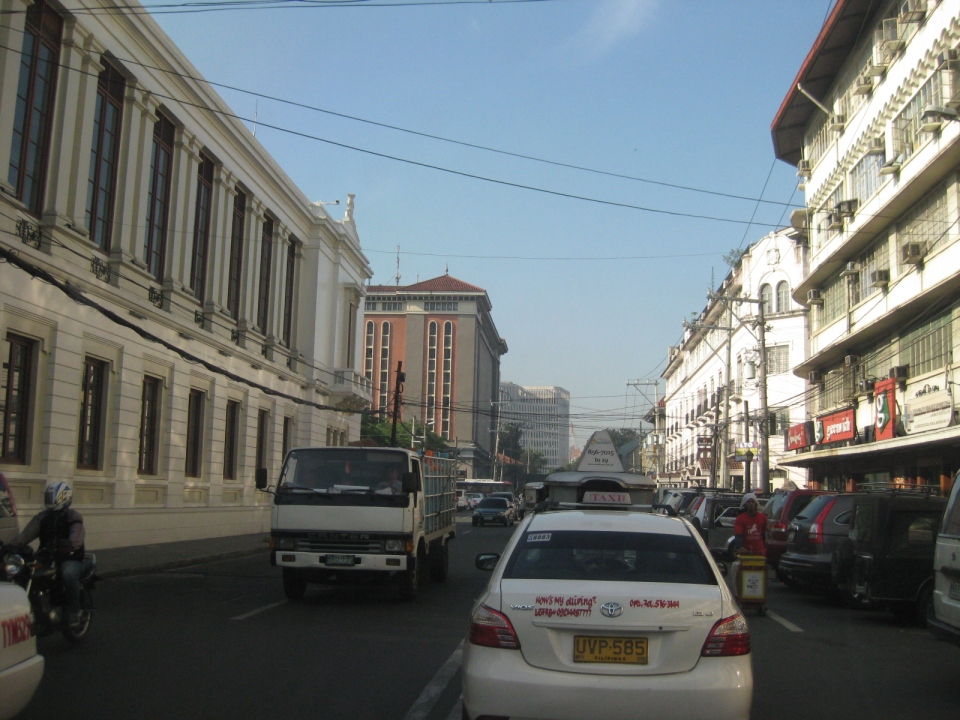 The new building where the ayuntamiento was is now supposed to be the new offices of the Bureau of Treasury. 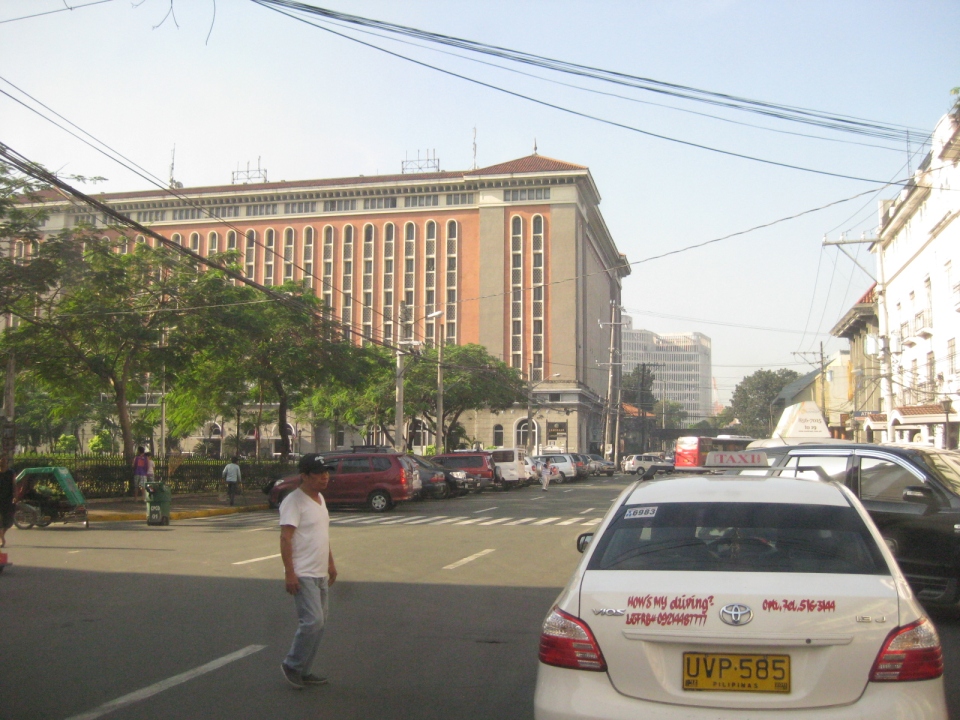 The open space at left is the along which are many parked cars is the Plaza Roma, which is in front of the Manila Cathedral. The building right after the plaza is where the Palacio del Gobernador used to be. It is now the offices of the Bureau of Treasury. 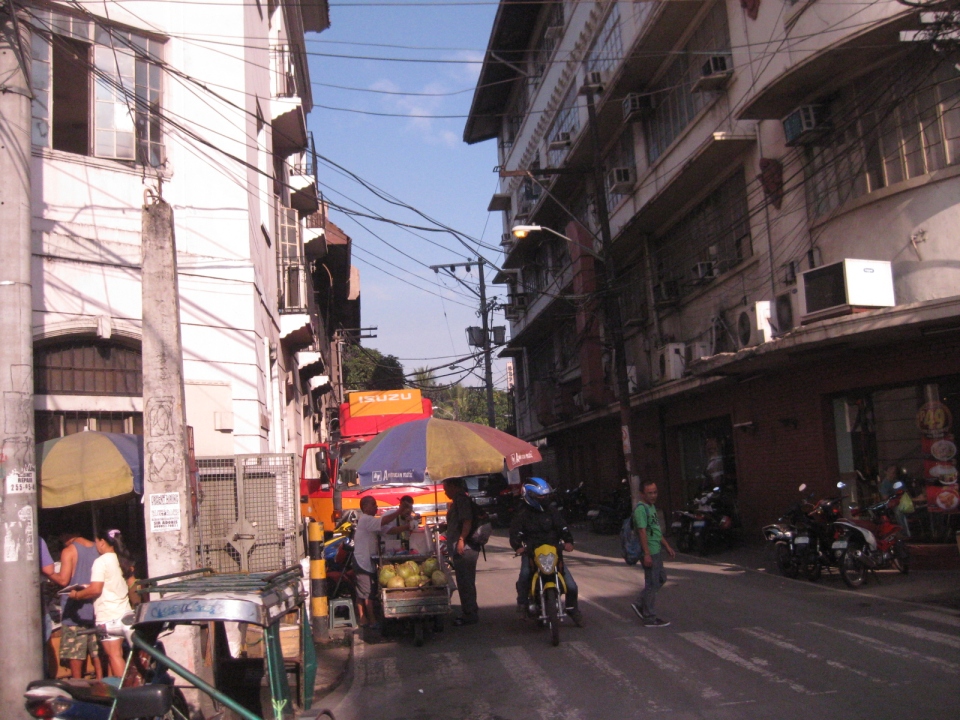 Cabildo Street, one of the side streets from across the Plaza Roma, which ultimately leads to Fort Santiago. 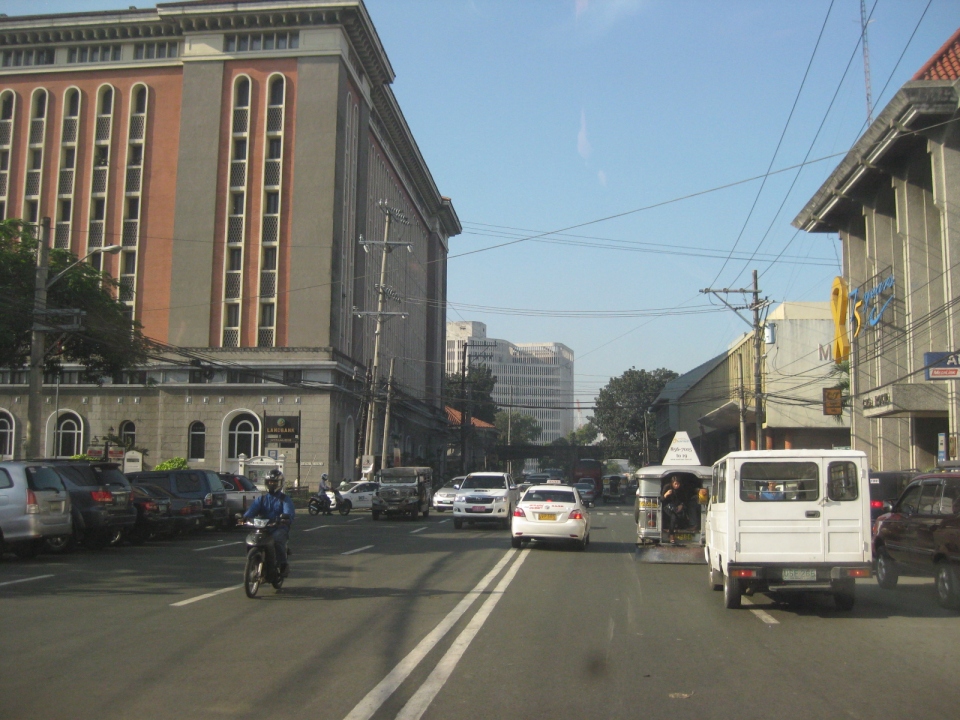 6Another look at the building where the old Governor’s Palace used to be. Visible downstream along the Soriano Ave. is the gate leading to the Simeon de Anda monument located at a roundabout along A. Bonifacio Drive. 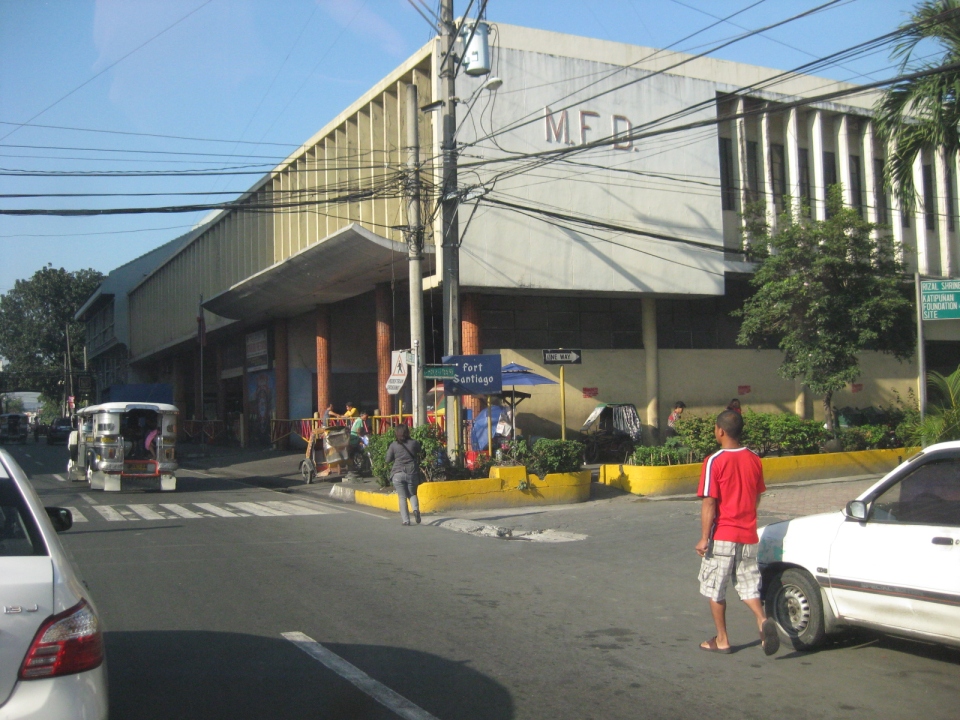 At right is Gen. Antonio Luna Street, which is another main road that has one end at Puerto Real, the southernmost gate of the Intramuros and the other at Fort Santiago. Curiously, this road was also called Calle Real del Palacio as it passed in front of the Palacio del Gobernador. 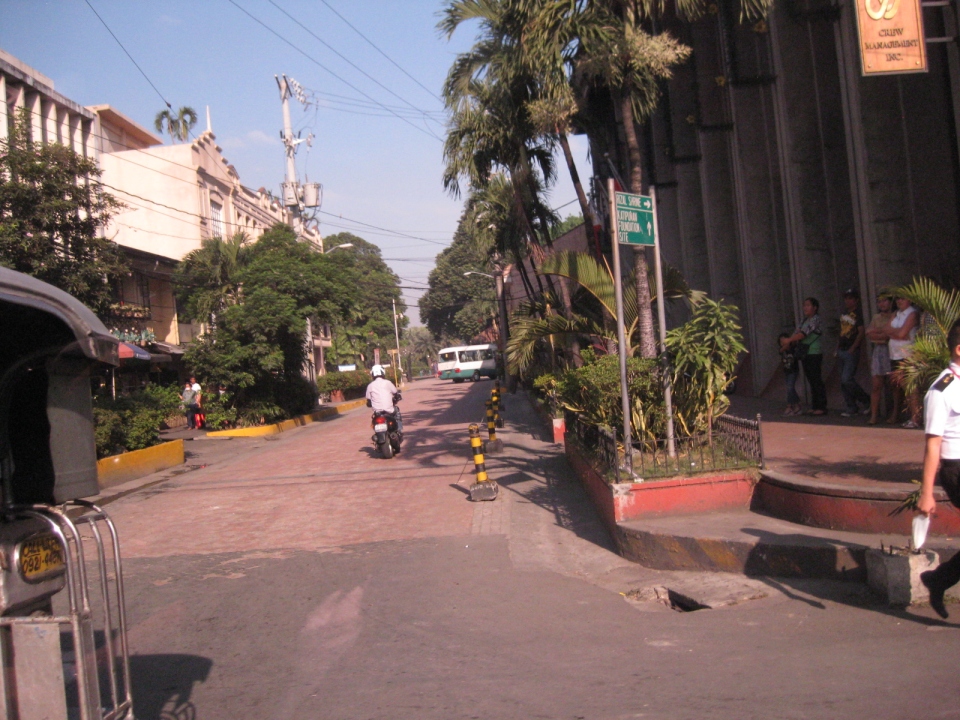 A view along Gen. Antonio Luna Street towards Fort Santiago, which is a one-way street. 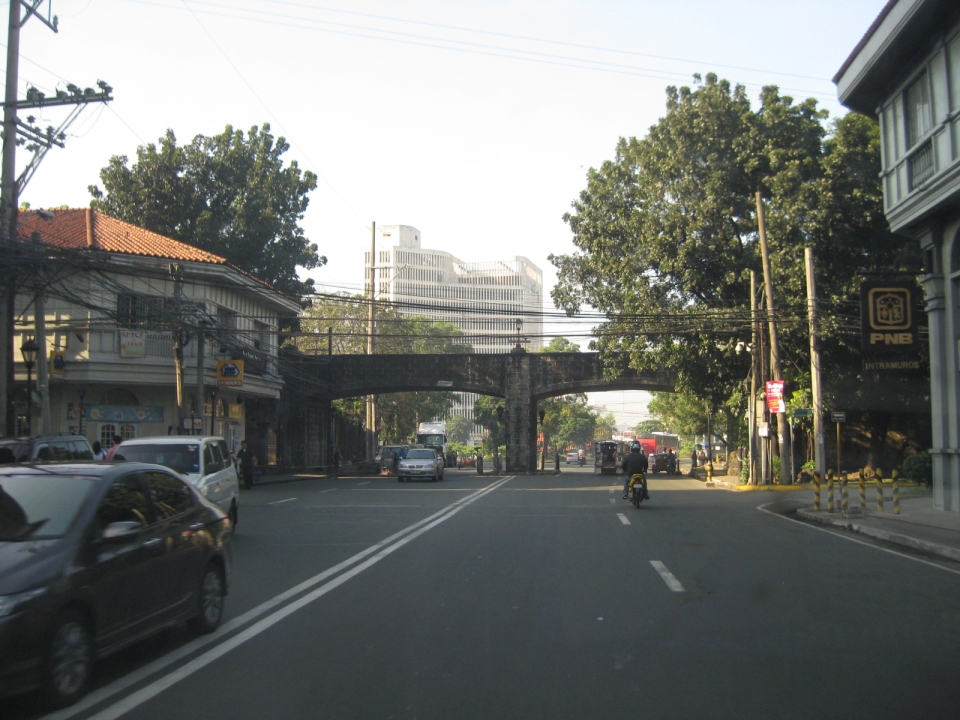 Western entrance to Intramuros along Soriano Ave. leads to Bonifacio Drive and the Port Area. 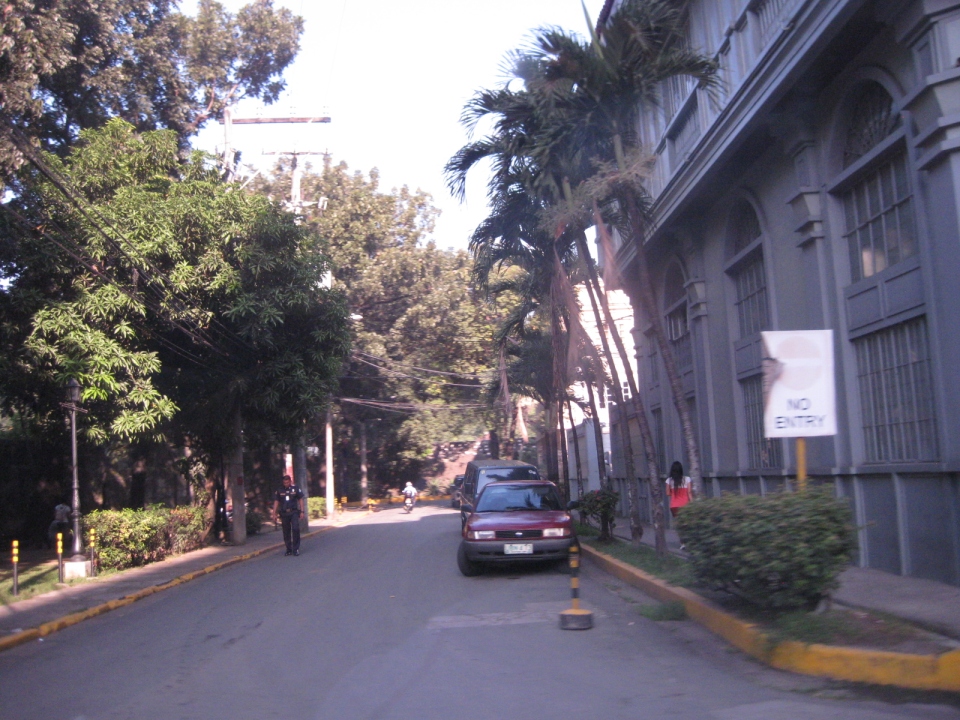 Arzobispo Street, which also leads to Fort Santiago but also passes along the Archbishop’s Palace, the office of the Archdiocese of Manila and with its southernmost end at San Agustin Church. 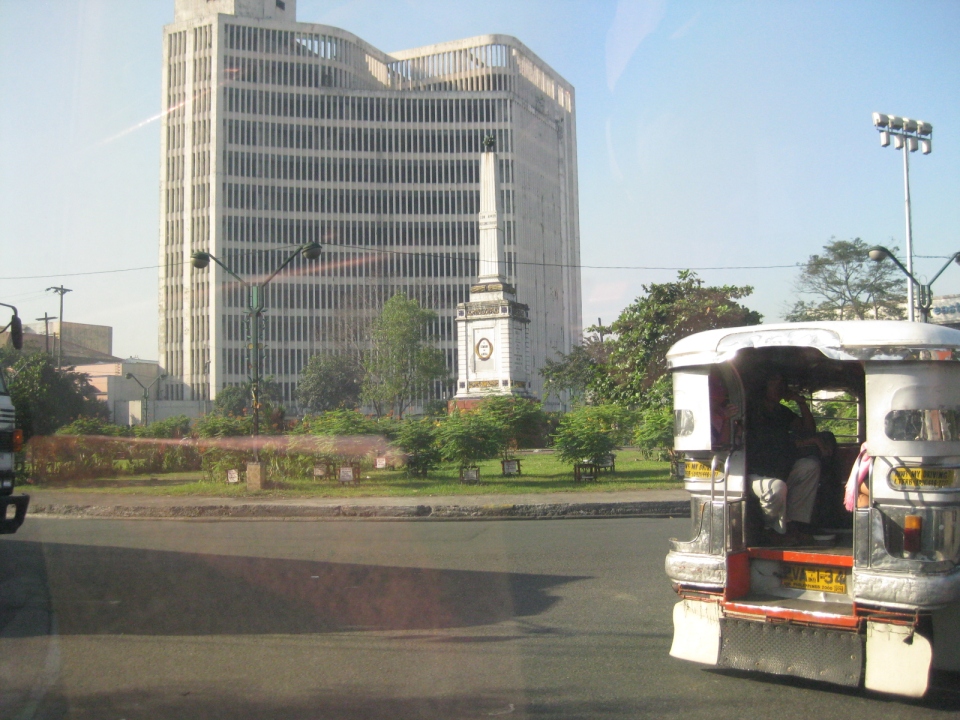 The Simeon de Anda monument at the Anda Circle along Bonifacio Drive.