The Quiapo district of Manila is one of the oldest CBDs in the metropolis and is a major end point for public transport similar to Cubao and Divisoria. Quiapo is best known for its church, which is dedicated to the Black Nazarene, and one of the most visited by pilgrims in the Philippines along with Baclaran (Our Lady of Perpetual Help) and Antipolo (Our Lady of Peace and Good Voyage). Fridays are usually the most congested days in the area as it is the day designated for services for the Black Nazarene (Note: Wednesdays are for Baclaran.). 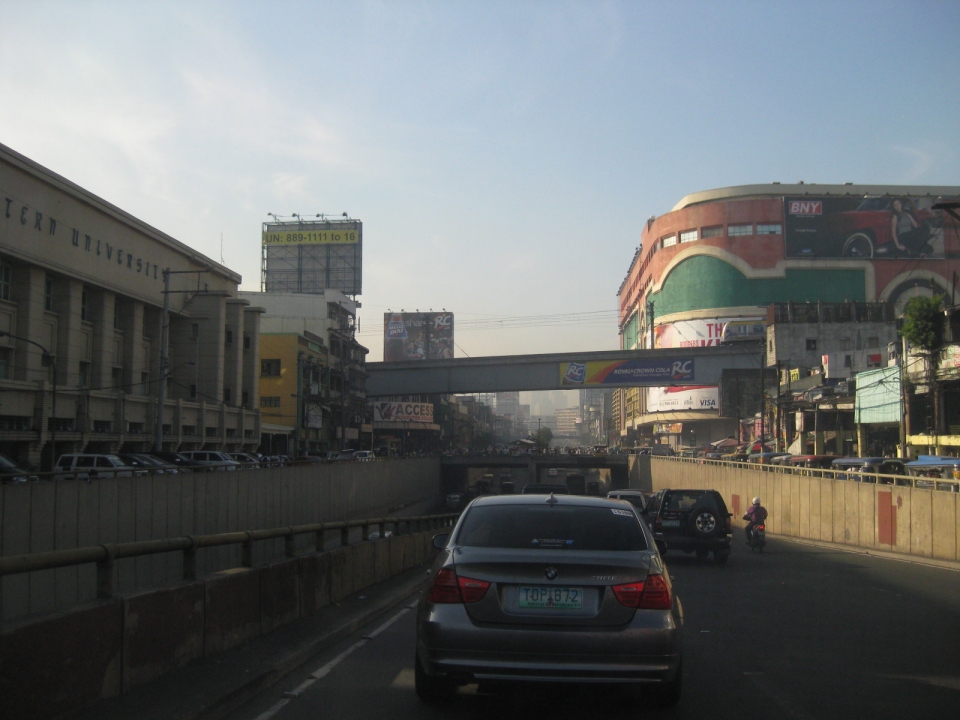 Underpass along Quezon Boulevard – the Far Eastern University is at the left while the bridge downstream is the elevated LRT Line 2 that is directly above Claro M. Recto Avenue. At right are commercial and residential buildings surrounding the Manila City Jail. The building at the right behind the LRT 2 is the Isetann mall.

The Intramuros-bound direction of Quezon Blvd. has five (5) lanes but these are confused due to the lack of lane markings. Effectively, there are only 4 lanes due to road-side parking and pedestrian activity. While many old buildings are designed in the arcade style where pedestrians are supposed to have right-of-way, these are usually occupied by merchandize, signs and other obstacles to pedestrian flow. As such, pedestrians walk along the carriageway as seen in the photo.

One of the side streets in Quiapo is Raon, popular for electronics and camera shops. People came and continue to come here for good deals on music players, karaoke machines, speakers, digital cameras and other electronic goods. However, one has to be attentive or alert as there are supposedly many snatchers and pickpockets in the area.

The Quiapo Church is a shrine dedicated to the Black Nazarene. The Feast Day every January attracts hundreds of thousands of people in a procession that now starts from the Quirino Grandstand in Rizal Park and ends at the church.

The giant screen usually shows ads by the sponsor, a major drugstore chain, and popular television shows. The screen is quite bright at night and you can see many people gathering around for when it features primetime TV shows.

Plaza Miranda in front of Quiapo Church has been the site of many events including the infamous bombing of a political gathering in 1972 that led to the imposition of Martial Law in September of that year. Common around the plaza are vendors peddling herbal medicines, religious items, and even religious services like praying for the client in exchange for a small fee. There are also fortune tellers and other characters. 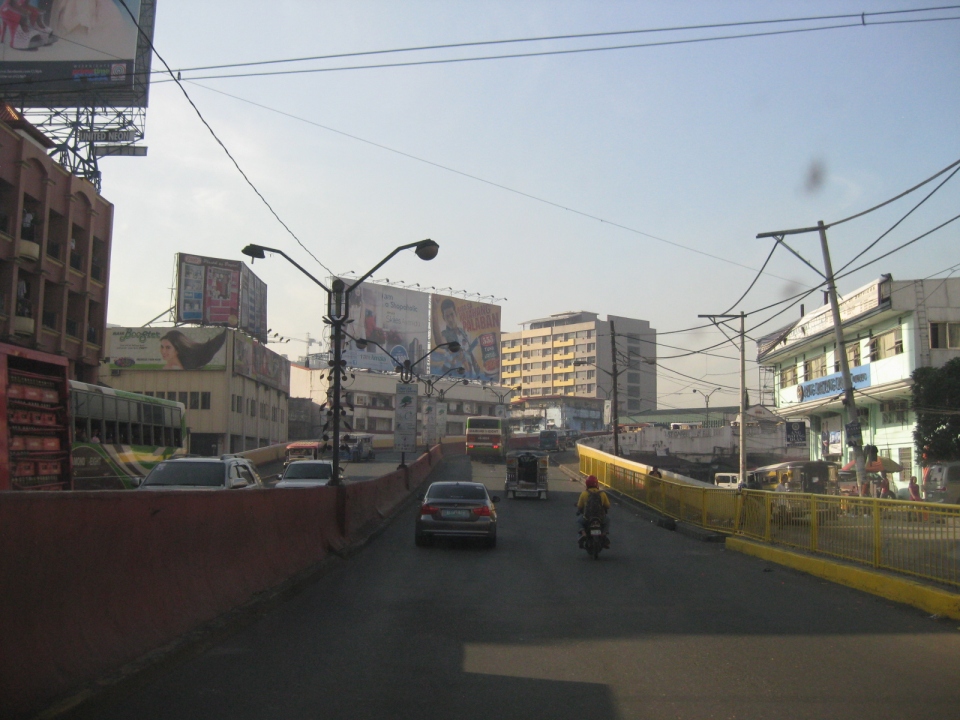 Past the Quiapo church is the ramp towards the Quezon Bridge. Underneath and faintly visible in the photo is an underpass along which is Carlos Palanca Street that leads to Rizal Avenue in the northwest and P. Casal in the southeast. There are many shops along this road where the Quinta Market is also located at the corner of Quezon Blvd. and Palanca Street. Among these shops are those selling handicrafts and the notorious ones selling bootleg DVD movies.

Approach to Quezon Bridge, one of the oldest bridges in Manila spanning the Pasig River. It’s steel truss design has been an example used in many civil engineering and architecture classes.

A closer look at Quezon Bridge.