Olongapo City is located in the Province of Zambales, the only city in that province, and beside the Subic Freeport. It is a pioneer in public transport service innovations in the form of the first initiative on the color-coding of jeepneys according to their routes. Despite what seemed to be forever being linked to the Freeport in terms of economic development, the city has enjoyed continued growth and is currently experiencing more challenges attributed to this growth. Among these challenges are those pertaining to traffic congestion and public transport services for the city. A Transportation and Traffic Management Plan Study was conducted by UP Diliman through the National Center for Transportation Studies and is up for formal adoption of the city.

Following are photos taken along the city’s main street, Rizal Avenue, where many of the city’s transport and traffic problems are manifested.

Cyclist pedaling along Rizal Avenue beside a yellow jeepney taking passengers at the designated stop at curbside. Downstream are parked vehicles along the road. 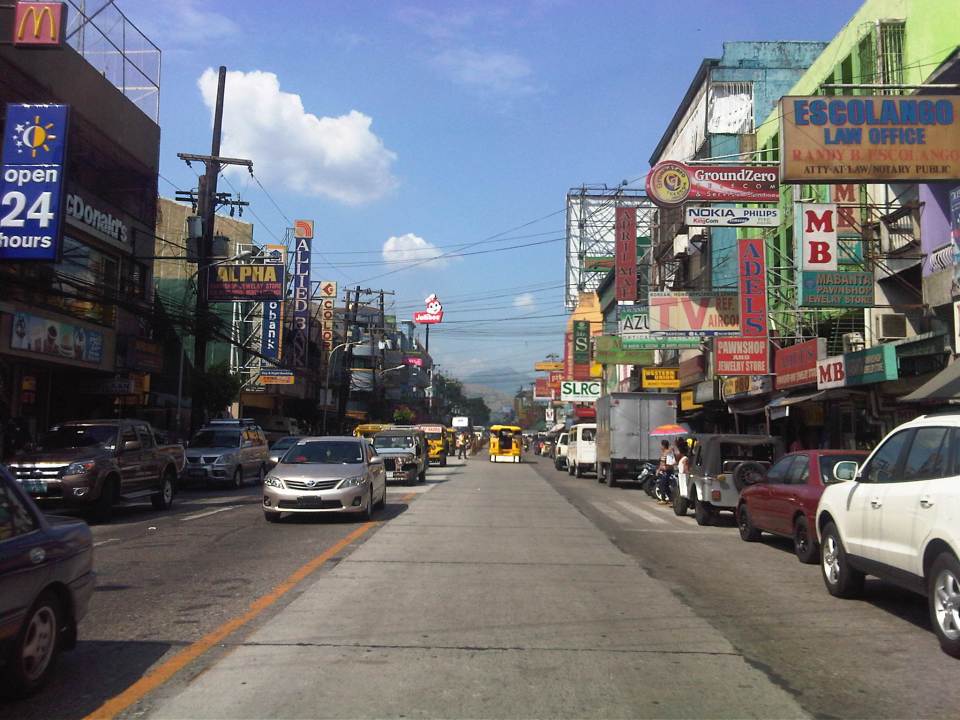 More parked vehicles at either side of Rizal Avenue effectively reducing road capacity for the 4-lane street.

Most of Rizal Avenue is undivided but there are median barriers along the section in front of the public market to reduce jaywalking among pedestrians.

The section in front of city hall – just across are many commercial establishments and on-street parking.

Another view of the Rizal Avenue, this time along the westbound side, with the the market on the left side. The yellow jeepneys are quite conspicuous and remind me of the UP Ikot jeepneys.

A monument to the Ulo ng Apo, from which the name of the city is said to be derived from, is right in the middle of a rotunda at a major intersection along Rizal Avenue. Around the rotunda are commercial establishments and a major provincial bus terminal.

There are designated stops for jeepneys along the avenue but these are often crowded out by parked vehicles. As a result, jeepneys could not maneuver properly and end up unloading/loading passengers in the middle of the road.

On-street parking along curves tend to impede the flow of traffic. There are also issues where electric posts like the one shown in the photo have not been transferred, posing risks to vehicular traffic.

Another example of a designated jeepney stop along the avenue where parked vehicles constrict maneuvering space for jeepneys. 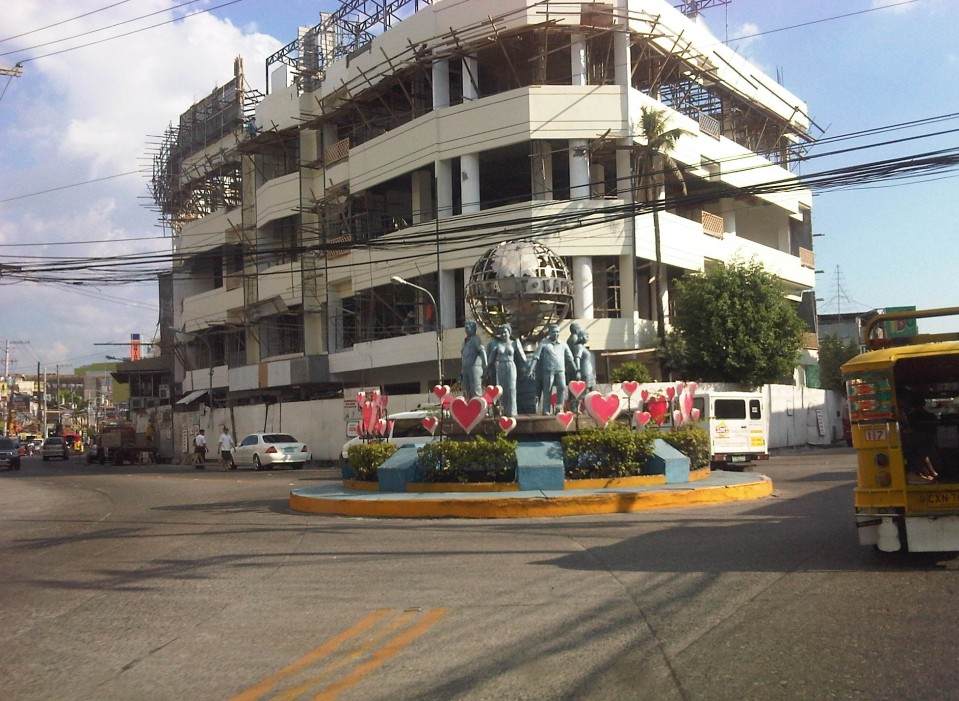 A monument to the volunteers of Olongapo during the Mt. Pinatubo episode after the closure of the U.S. Naval Base in what is now a Freeport. I wonder if the building under construction in the photo has enough parking spaces for the traffic it generates.

More jeepneys and more on-street parking – there is a perception that there are too many (oversupply) of jeepneys. Note though that most PUJs in Olongapo are not the bigger 20 to 24 seater jeepneys we see in Metro Manila but the older, 16 to 18 seaters like the ones shown in the photo.

Some on-street parking spaces are “reserved” by establishments. I didn’t mention that on-street parking is free of charge and such situation probably encourages longer parking durations. Perhaps the city should seriously consider parking fees to reduce long-term parking and ensure smoother flow of traffic along its streets. There are examples of these parking schemes in other cities including Makati City that Olongapo can adopt and adjust.