The Luzon Avenue flyover spanning the width of Commonwealth Avenue is now open to two way traffic. Previously, only the northbound side was open, allowing vehicles to cross Commonwealth from Tandang Sora Ave./Katipunan Ave. to Luzon Ave. and towards Congressional Avenue. I took a few photos of the flyover and the vicinity of Luzon Avenue en route to NLEX a few days ago.

The Luzon Avenue flyover has a total of 4 lanes, divided by a median island. 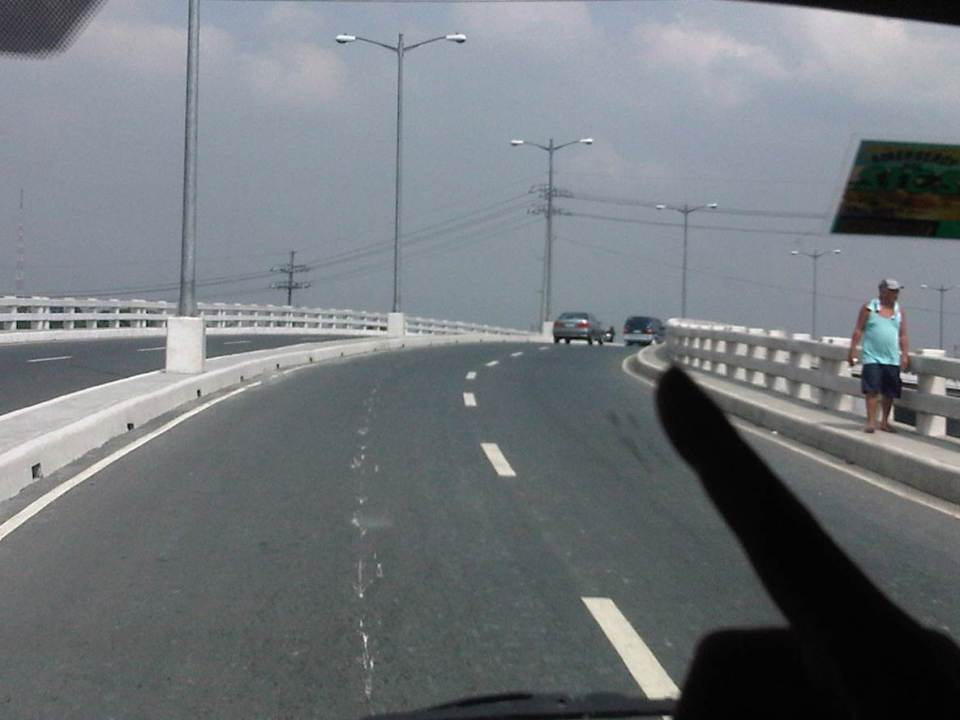 The lamp posts indicate a well lighted road during night time. The pedestrian walkways on either side are quite narrow and I think the designers of the flyover could have widened this feature of the facility.

A view of Commonwealth Avenue from the flyover.

Along the other end of the flyover is Luzon Avenue, which has been widened to accommodate the flyover and the at-grade sections connecting to the QMC-bound side of Commonwealth Avenue.

A pedestrian overpass was constructed at the foot of the Luzon Ave. flyover so pedestrians will not cross at this critical part of the flyover when vehicles would typically be picking up speed as they descend (or ascend on the other side) the flyover. There are still construction work along the northbound side of Luzon Avenue.

Luzon Avenue, which is a 6-lane, 2-way road divided by a median, is quite crowded with either side of the road occupied mostly by informal settlers. There is also an informal wet market (talipapa) along the road.

The pavement is elevated compared to the land on either side of the road. There are stores and shops set up by those living along the road. 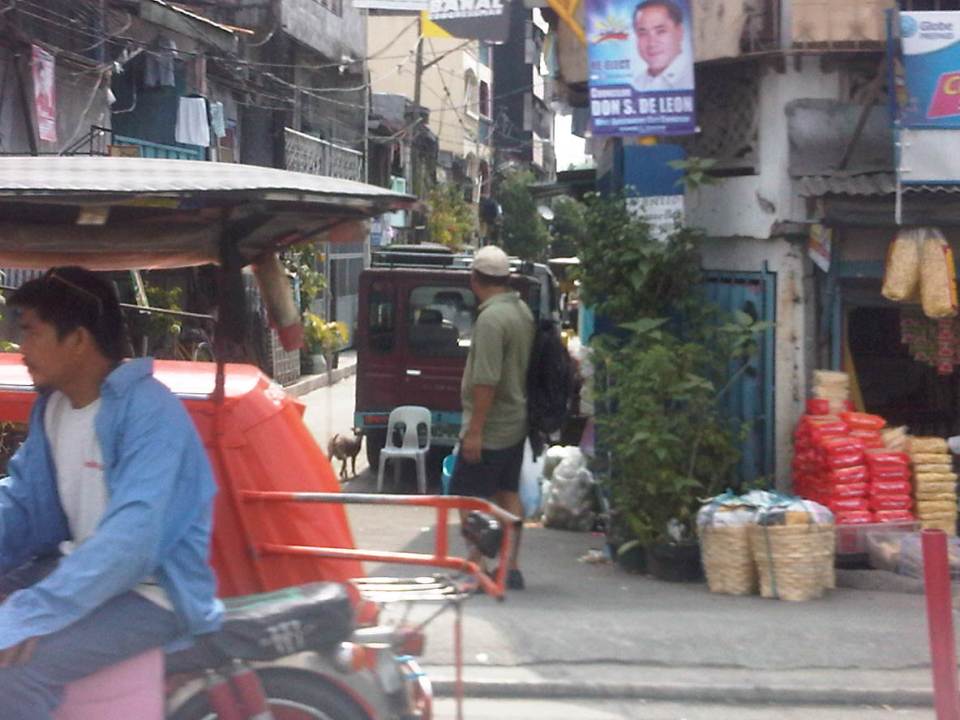 Side streets are narrow and could probably accommodate only cars or small vehicles like tricycles (also shown in the photo traveling along Luzon Ave.

Some stalls are just along the street like this fruit stand that’s already on the carriageway. The photo also shows a better view of a side street with parked vehicles along one side of the road.

Approach to Congressional Avenue – there is another pedestrian overpass near the junction with Congressional. Note the height of the plant box on the median that is designed to discourage or minimize jaywalking across Luzon Ave.

Water works at the junction of Luzon Ave. and Congressional Ave. Luzon Ave. continues as a narrow 2-lane street towards the direction of Bgy. Holy Spirit.