Level up on buses in the Philippines

I chanced upon the demonstration run of an articulated bus for the Department of Transportation and Communications (DOTC) and participants of a workshop on crowd-sourcing that was being conducted that day. After seeing the interiors of the bus, I decided to ride in a vehicle following the bus to take a few photos of the vehicle and also catch the reactions of people along the street who might be seeing an articulated bus for the first time. The demo run (and others in the future) should give people an idea of what road transport still has to offer in terms of vehicles that could carry more people. 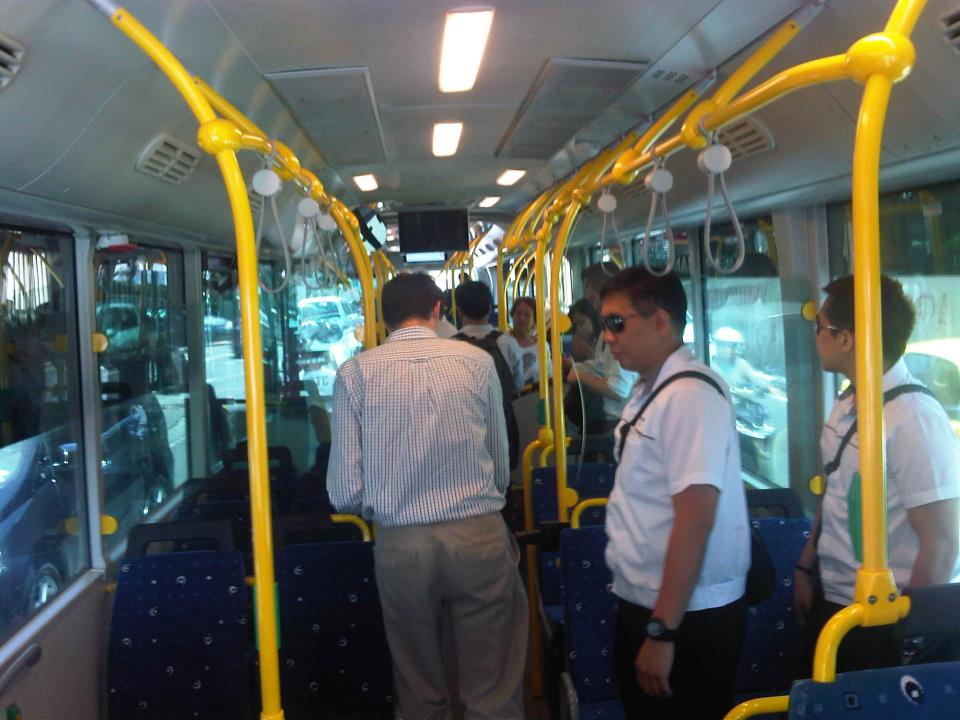 Inside the bus, there is space for more passengers than 2 regular buses can accommodate 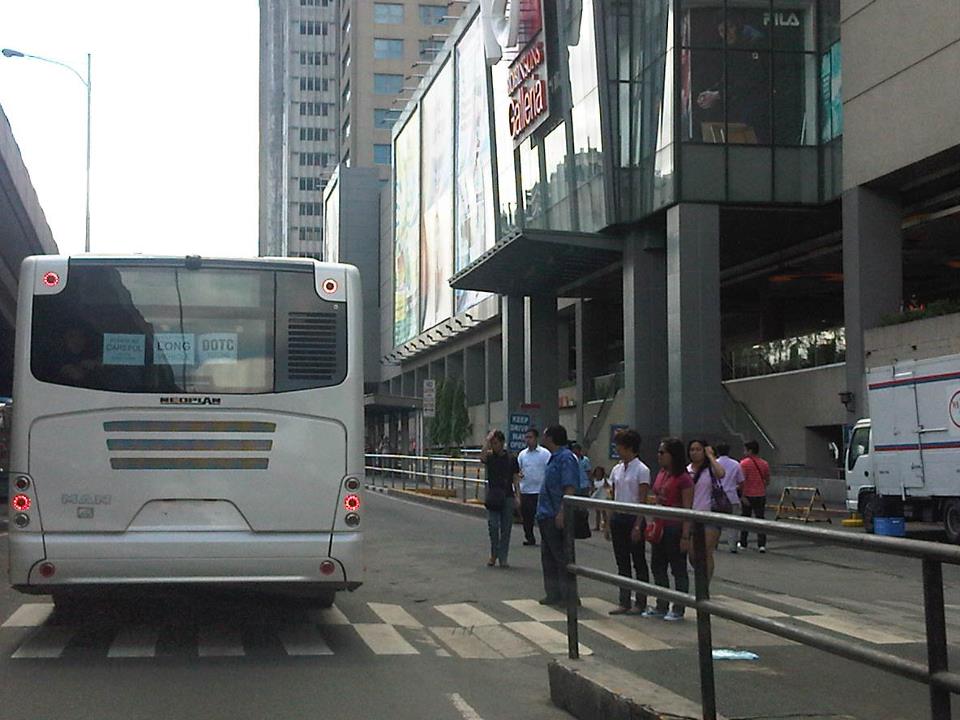 I like the look on people along the streets that the bus passed along. Some were scratching their heads and others had to have a second look (double take) at the long vehicle.

Articulated buses are not new to public transport operations. Singapore’s SMRT operates many of these buses along busy routes. Below is a photo of an articulated bus passing in front of the Central Fire Station across the Funan IT Mall.

There are other types of buses in service in cities in other countries such as double deckers, and bi-articulated buses (equivalent of about 2.5 regular buses). These buses require skilled driving to ensure safe operations including maneuvering at intersections and terminals. The buses should be suitable for routes with passenger demands between those requiring regular buses and rail transit like routes that can be designated for bus rapid transit (BRT), and with scheduled stops. I am quite optimistic about the future of public transport in Metro Manila and other cities where buses should play a significant role for mass transport.