The big news in Japan today seems to be the rail incident where a woman saved the life of a man who attempted suicide or fell unto the rail tracks of the JR Yokohama Line. Unfortunately, the woman died as she was ran over by the train as she apparently positioned the man in between the tracks. As far as I could understand, it seemed that the barriers for a crossing were already down and the alarms announcing the arriving train were also engaged when a man entered the danger zone and fell (or laid) at the tracks. People including pedestrians and those in their cars were shocked by the situation but only the woman who was with a companion in a car decided to act to save the man from the oncoming train. Following are photos I took from a TV news report on the incident. 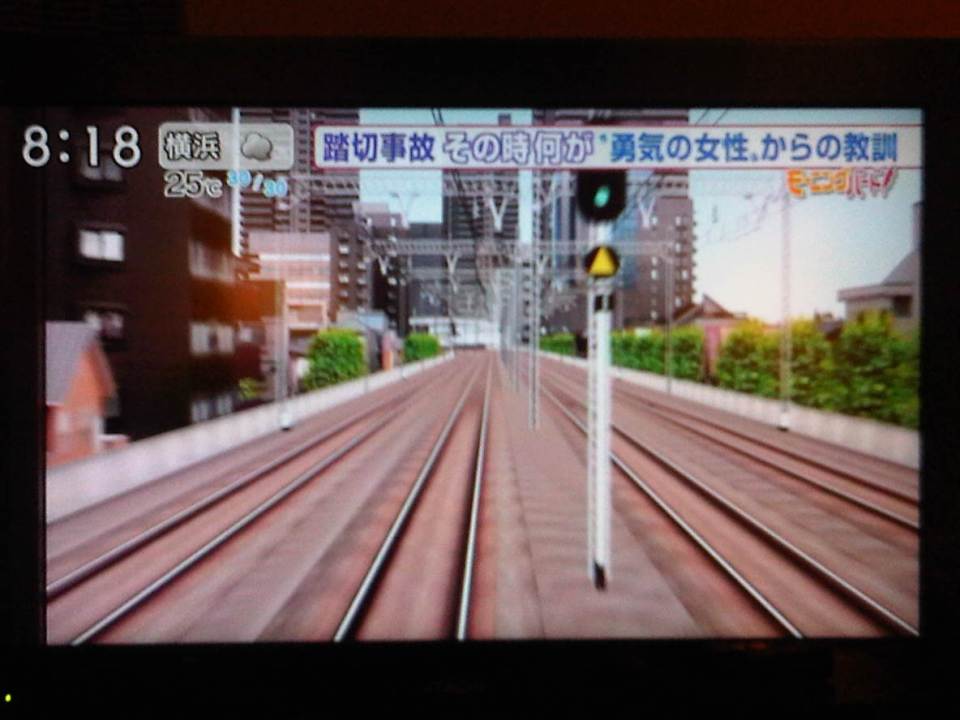 Demonstration of train approach to station

Footage of the crossing where the woman perished.

Emergency button that was supposed to be used by people in exactly such cases but people were apparently too shocked or unfamiliar with this safety device at railway crossings.

Demonstration of the ill-fated rescue 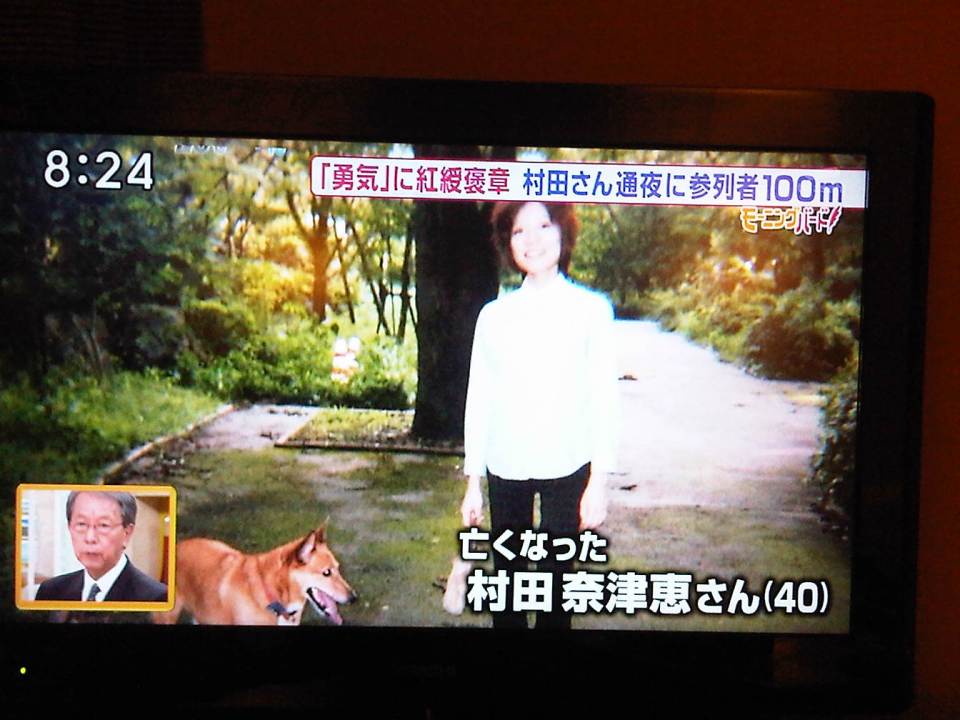 Photo of the heroine who, if I understood from the report, will be awarded posthumously for her effort to save another person.

Another photo of the 40-year old woman, Murata-san.

Japan takes pride in their work towards making their transport systems safe. Rail incidents have been minimized by using modern, high technology tools including sensors and monitoring systems. However, it seems that there are cases such as these where the intervention of people (including those who might be spectators of an incident) are still necessary as these are likely beyond the capabilities of even high tech countermeasures installed at rail crossings. We salute and honor this woman who was willing to help another person at the cost of her own life. She deserves the honor and recognition for this great humanitarian act.