Calapan City port’s passenger terminal is a nice, modern facility though I think it is insufficient for the number of people that are now using the terminal on a daily basis. I can imagine that the terminal can be congested during the peak seasons of travel. I took a few photos inside and outside the terminal during a recent trip between Batangas and Calapan. 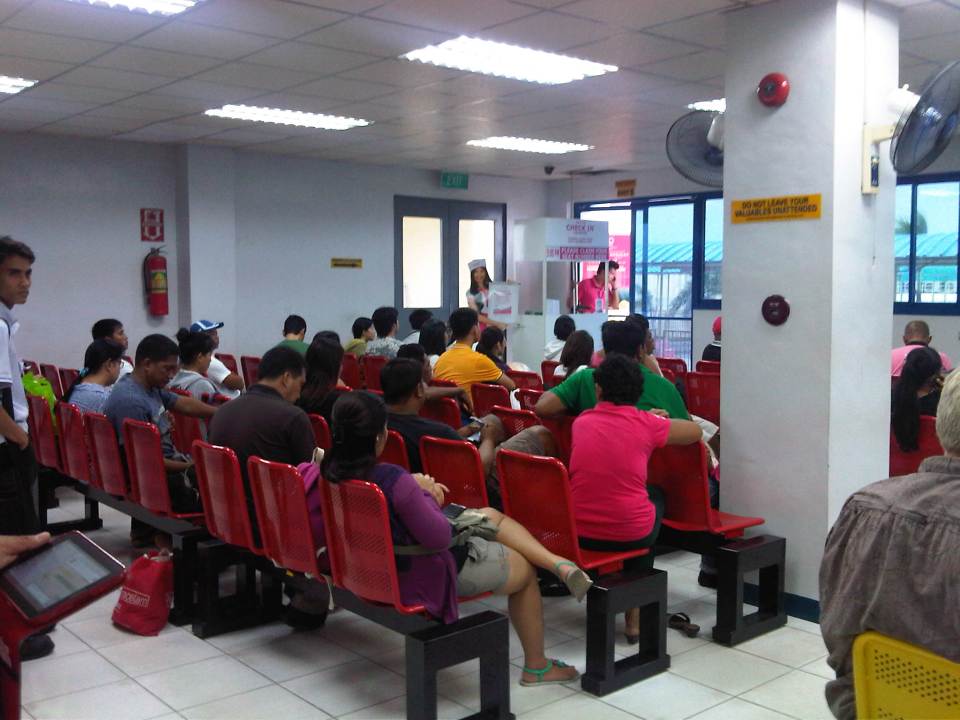 Fellow SuperCat passengers waiting for our boarding call. One needs to approach the staff at the booth near the gate in order to get a seat number. Seats on board the fast craft are designated even with few passengers making the trip. 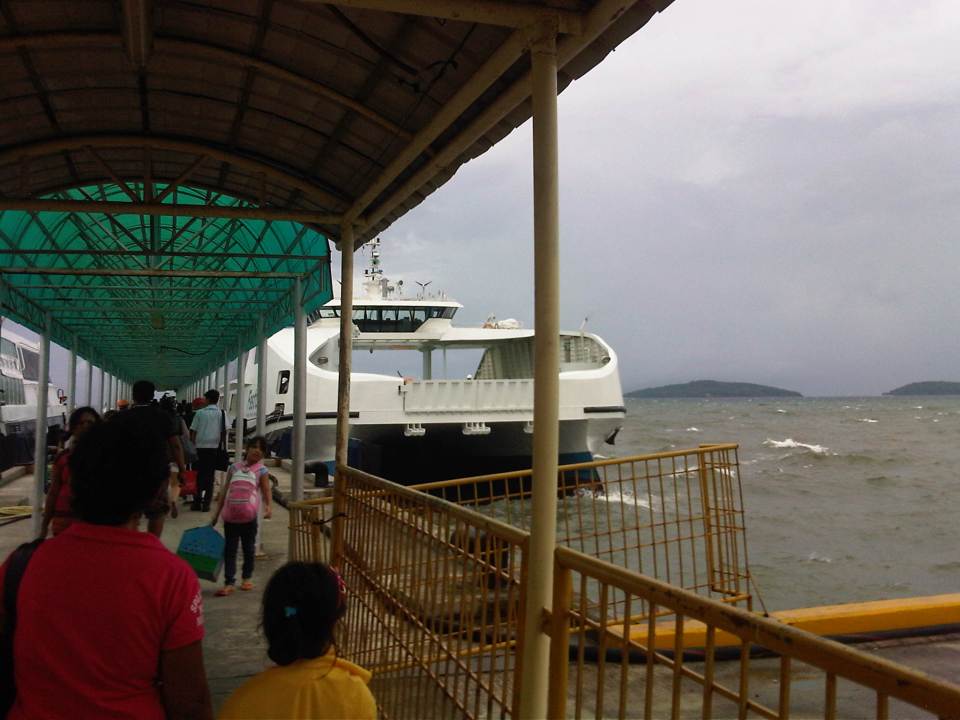 Exiting the terminal to board our vessel, we proceed along a covered pier where our SuperCat and a FastCat ferry (shown at center) are moored.

The Calapan port passenger terminal as seen from the pier.

Rough waters hitting the port. Shown in the photo are RORO ferries docked at the port. We rode one of these on our trip from Batangas to Calapan.

The FastCat is a relatively new service between Batangas and Calapan. It can carry a few vehicles much like the conventional RORO ferries but its twin-hulled design provides stability with speed over rough waters.

Rear of the SuperCat

A friend walking along the pier between a SuperCat and a FastCat. The SuperCat is purely a passenger vessel while the FastCat can carry a few vehicles with stability provided by its twin-hulled design.

Rough waters in the late afternoon – similar conditions in the morning prevented us from taking a SuperCat to Calapan as fast craft trips were suspended.