The return of traffic signals at Katipunan

It’s been more than a decade since the MMDA implemented what was formally called the Grand Rotunda Scheme. To most, it will always be the U-turn scheme that was implemented all around Metro Manila. After seeing what seemed like success along roads like Commonwealth and Quezon Avenue, it was concluded that the U-turns were the answer to Metro Manila’s traffic woes or at least the part that’s blamed on signalized intersections. The perception by many at the time was that traffic signals were not working and caused so much congestion as evidenced by the long queues at intersections. This is not entirely false as intersections with in-optimal settings would definitely bring about congestion especially along corridors or networks where signals are not coordinated. It was, however, a generalization at a large scale and led to more experiments of opening and closing slots in order to determine which would be the most effective combinations. These experiments and their outcomes include drivers becoming more aggressive in order to maneuver ahead of others at the U-turn slots. Weaving has become the norm and in many cases have increased the risk of road crashes. 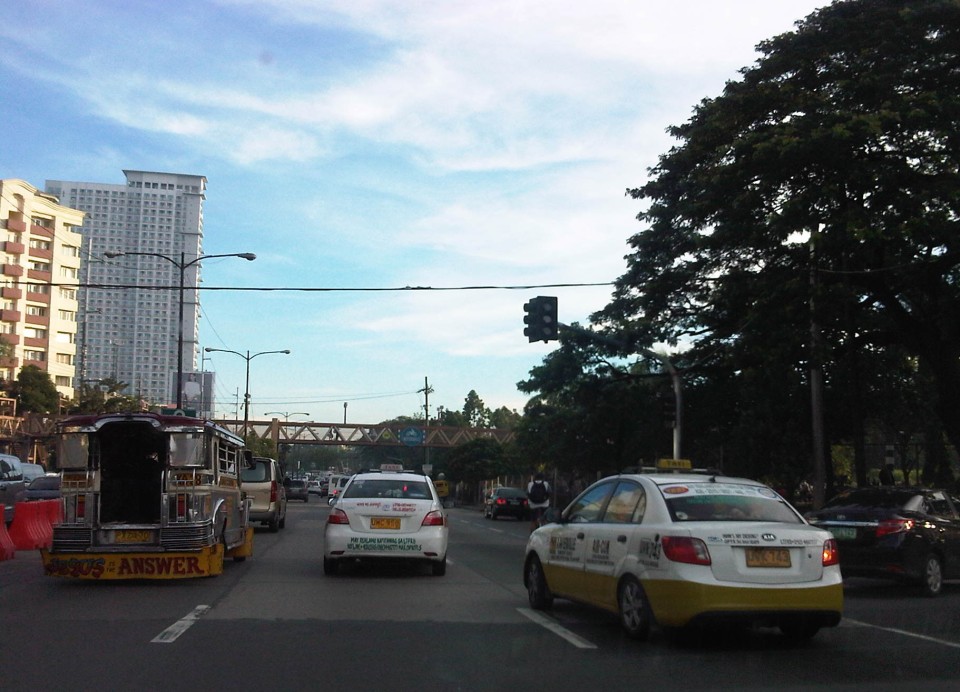 Traffic signals have been installed and the section of the median island has been removed across Ateneo’s Gate 3. This will become a three-leg intersections once again but I hope the signals will not favor Ateneo over through traffic along C5.

Traffic lights are already installed along the southbound side of Katipunan at the approach to the junction with Miriam College’s Main Gate. This will be a four-leg intersection as across Miriam is B. Gonzales Street that connects to Esteban Abada.

The signals are supposed to be operational starting September 13, which is a Saturday. Perhaps this is to try it out first during that weekend and for the MMDA to do some tweaks before the real deal that is traffic on Monday. But then how can you simulate traffic generated by the two schools in the area except maybe if there is significant enough traffic on Saturday? Did the MMDA or its consultants do some simulation using their computers and the VISSIM software they acquired many years ago? Or will we see more of the experiments as signals are fine-tuned according to the conditions along Katipunan?

We are hopeful that the signals along Katipunan will help improve the traffic along this very busy corridor. The results for sections of C5 from Libis (QC) to Ugong (Pasig) are promising and many people I know have told me that traffic has improved. Of course, this may also be partly due to the one-lane policy the MMDA has implemented for trucks. It’s never just one scheme or measure that will work wonders for Metro Manila traffic. It will always be a combination that will alleviate traffic woes in the metropolis. We’ll soon know what will become of traffic along Katipunan. We should, however, temper expectations at least for the 6:30 – 7:30 AM period during weekdays when traffic peaks in the vicinity of Ateneo and Miriam. The sheer volume of vehicles generated by the schools will overwhelm any system that is put up in the area. Nevertheless, for the rest of the day at least traffic flow should improve when signals are operational once again for Katipunan.