A highlight of my ‘do-it-yourself’ tour of San Diego, CA was the Sta. Fe Train Depot or Railway Station. The depot was celebrating is centennial and for me represented part of America’s railway heritage being part of a railway line stretching along the US’ Pacific coastline. Following are photos in and about the Sta. Fe depot. 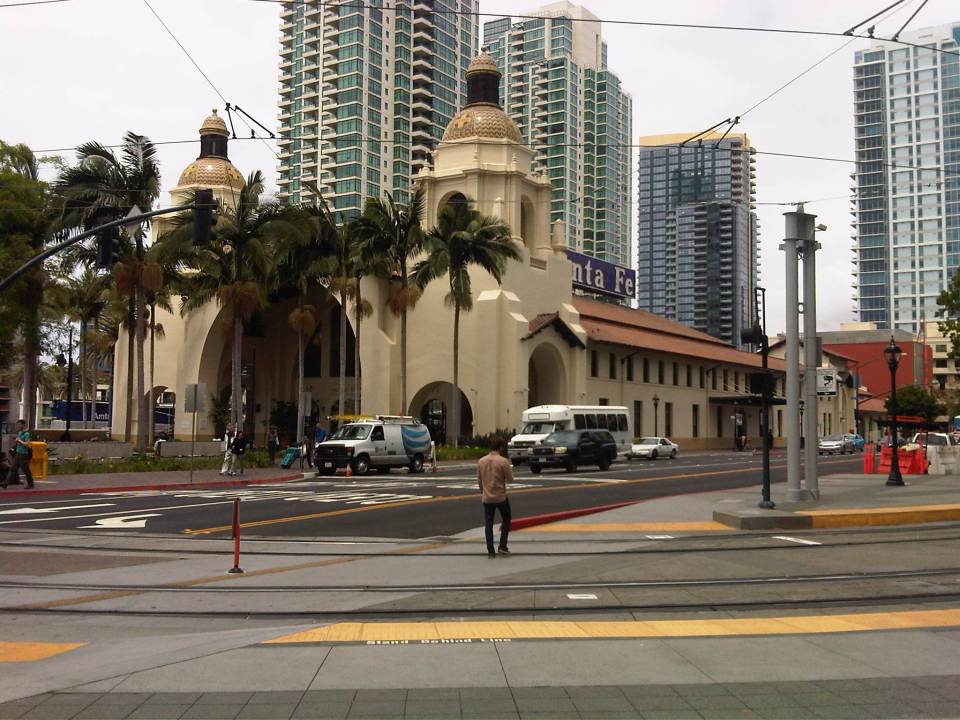 Front of the train deport showing a fountain and the main doors to the station building.

Entrance to the building, which contains the ticket office and waiting room for passengers and well-wishers.

One is greeted by this splendid view of the building’s interior evoking a time when trains ruled in land transportation. An information booth is seen at the right while the food kiosk is at the left. The ticket windows are further at the center. 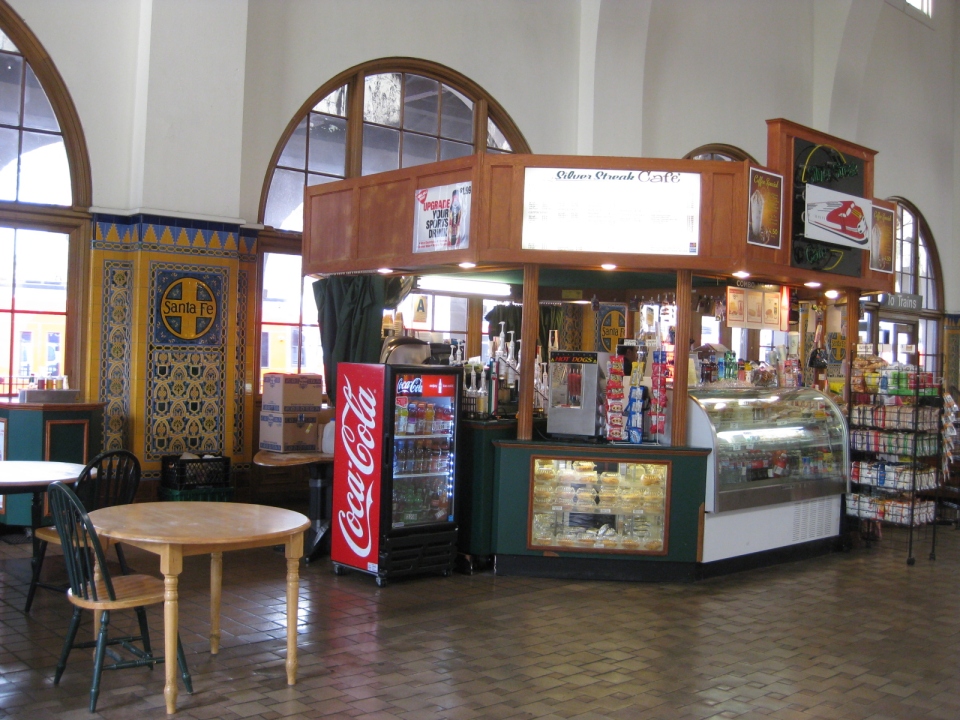 The kiosk inside the station building provides sustenance to passengers, well-wishers and passers-by. Note, too, the mosaic designs on the columns of the building.

A closer look at the station’s ceiling and chandeliers shown arches emanating from the columns to support the roof. Such features are of earthquake resistant structures in this earthquake-prone region and particularly in the State of California.

I took some refreshments at the kiosk in the station. The hotdog sandwich was good and the coffee was strong. I took the trolley from the station to explore San Diego along its commuter train lines. More on San Diego’s trains and stations in future posts.