The wet season is here and with it the now typically heavy rains in the afternoons. Last week, the heavy rains brought upon flash floods in Metro Manila and adjacent towns. There have been no typhoons yet so these are mainly monsoon rains (Habagat), which we expect to be daily occurrences. Many of these floods are along major roads including EDSA, C5, Espana, and Quezon Ave. that transformed these roads into parking lots as most light vehicles are unable to traverse flooded streets. 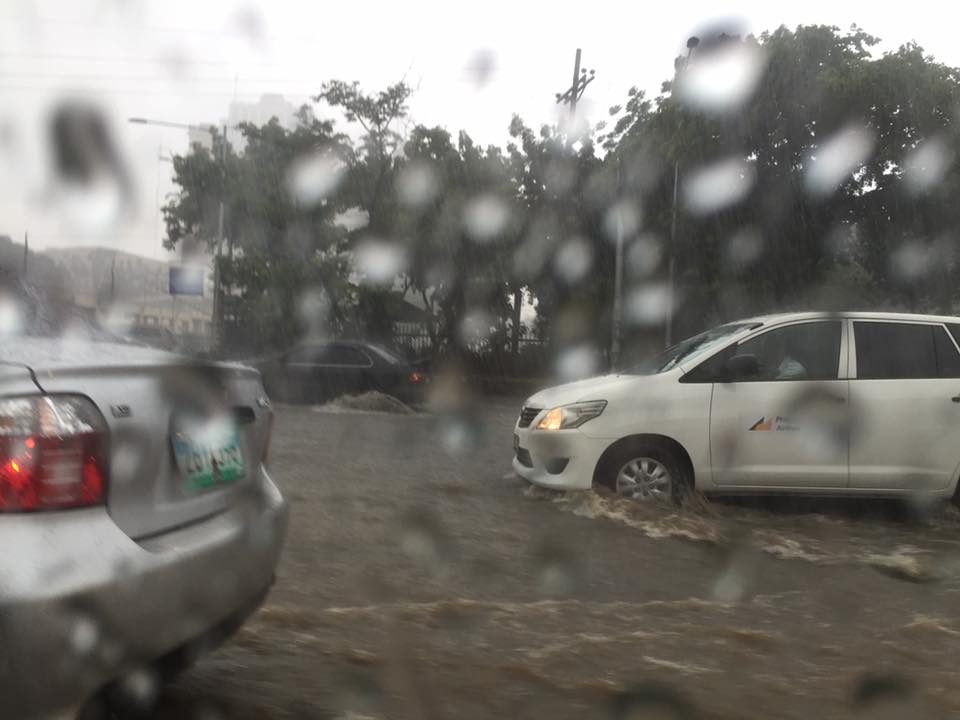 Vehicles run along the flooded Elliptical Road in Quezon City

Due to the traffic congestion resulting from the floods, many public utility vehicles especially jeepneys and UV Express vehicles were not able to go back and make their round trips. 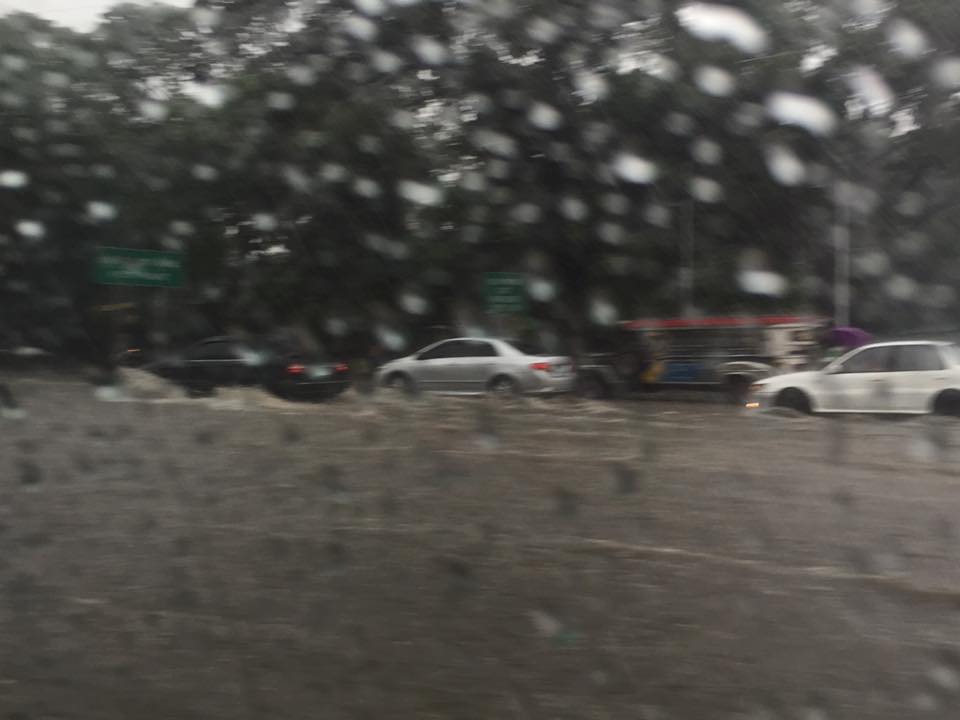 Cars risk the floods along Elliptical Road – the deepest waters are, ironically and curiously, along the section fronting Quezon City Hall where there is a pedestrian underpass connecting city hall with the Quezon Memorial Circle. Since the underpass is not flooded then it can be concluded that there’s something wrong with the drainage for Elliptical Road.

The weather is a very significant consideration for transport planning for cities in the Philippines. For Metro Manila it is almost everyone’s concern about how they can travel between their homes, offices, schools and other destinations without them and their things getting wet. This is what a lot of people advocating for road sharing seem to forget or choose to forget in their arguments for walking and cycling. A person residing in Fairview in Quezon City and working in Makati City will most likely not walk or cycle between his home and office because of the weather. This is a reality that could be solved by good public transportation, which, unfortunately, we also don’t have (yet) so people are ‘forced’ to do what they can to improve their plight. Unfortunately, too, what they are forced to do is purchase a car (or more). The proposal to build infrastructure to enable walking and cycling especially over medium to long distance is in the same dilemma as those for mass transit. And the latter is the more urgent matter needing action for the sheer volume of people they can carry and therefore benefit.