While stopped at an intersection, my eyes wandered to look at the vehicles around me. I took a photo of the rear tires of a truck stopped beside me. Following are some observations about the tires: 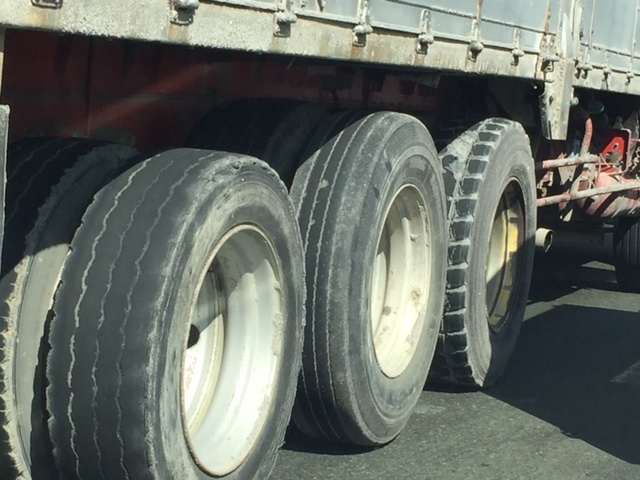 Such conditions of trucks’ tires reflect the state of many commercial vehicles in the country. The same observation applies to public utility vehicles. I guess there have been many instances of tire blow-outs involving trucks and jeepneys. These have not been reported as they often lead to traffic congestion (i.e., when a vehicle is forced to stop and block traffic), which is not at all an uncommon experience to many. Few perhaps have led to high profile road crashes featuring fatalities. Still, the potential for major crashes is there and it is contributory to disasters that are always just waiting to happen in many of our roads.