At the European Motor Show last weekend at Bonifacio High Street in Bonifacio Global City, there were obviously a lot of European made vehicles on display including the usual attractions from Italy and Germany. What also caught my attention was the new MAN bus currently being used Froehlich Tours for their P2P bus services. Here are some photos of the interior of the bus. 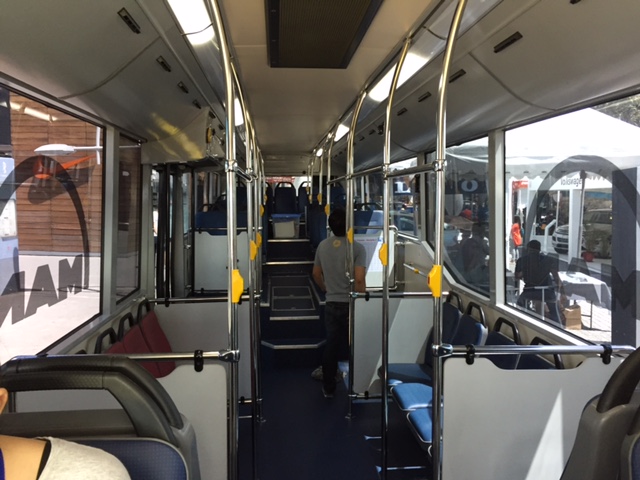 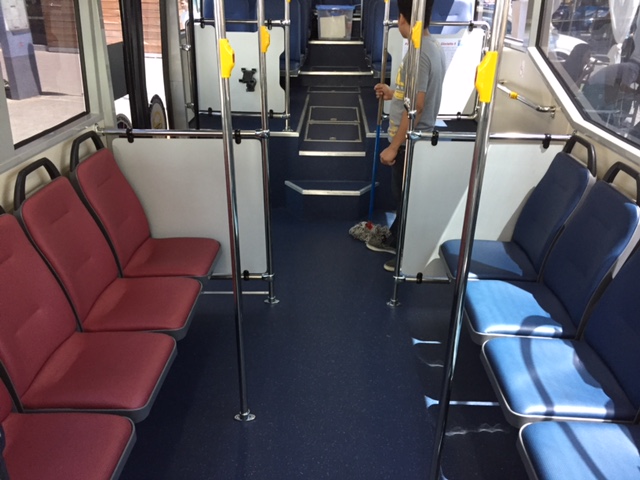 Note the low floor for entry and exits and the layout of the seats that could maximise the number of passengers carried by the bus. The layout maximises the space for standing passengers and seats can be assigned to those with special needs such as persons with disabilities, pregnant women, and senior citizens. Those traveling over longer distances can be seated at the back in order for them not to block those who would be boarding and alighting over shorter distances (i.e., with the likelihood for more frequent movements). This layout should be the standard for city buses in Metro Manila and other cities considering bus services (e.g., Cebu and Davao). In fact, I think the DOTC and LTFRB should seriously consider coming out with a policy/memo requiring bus companies to transition into these buses. That means replacing non-compliant buses over a grace period (i.e., to account for the investments of bus operators/companies). This is one way of modernising bus fleets as most buses for city operations you see now, especially along EDSA, are configured for long distance (provincial?) trips with their narrow aisles and maximising the number of seats as well as the baggage compartments at the buses’ bellies.