I open June with a post on road safety. Last week, I passed by many road crash scenes along my route between my home in Antipolo and my office in Quezon City. Many were the now common crashes involving motorcycles. And there were those involving vehicles that got too close to each other in heavy traffic (e.g., tailgating vehicles eventually bumping the vehicle ahead of them). I was able to get photos of the site of the more serious crashes. 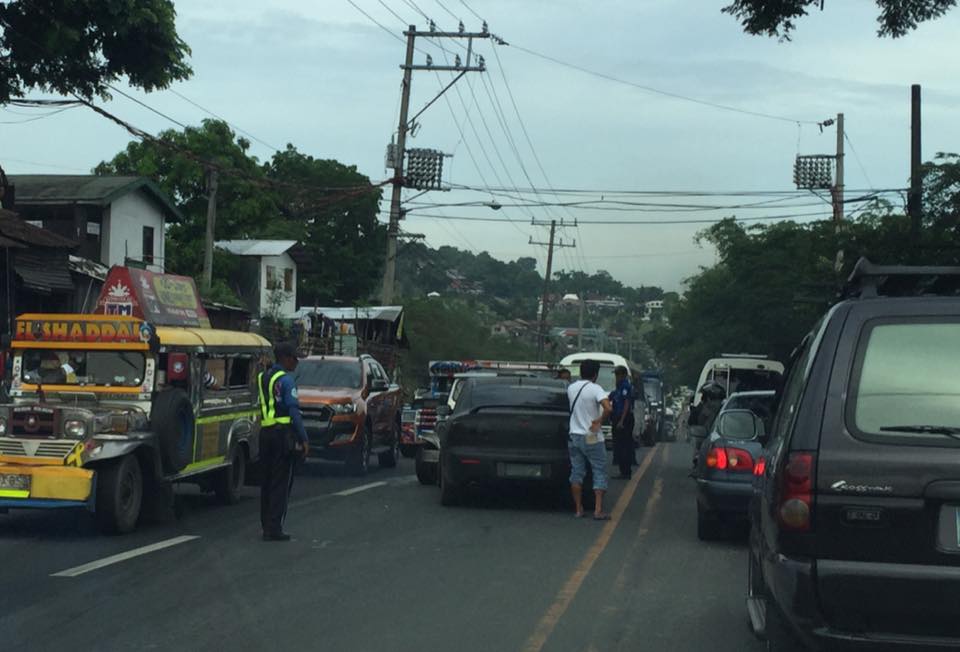 Head on collision of a car and owner-type jeepney along Marcos Highway near the junction with Amb. Neri Road. These crashes are largely preventable if drivers kept to their lanes and refrained from violating the rule of the double yellow line separating opposing flows of traffic. I’ve written about counter flowing before but focused on it leading to traffic congestion. A more serious repercussion would be crashes like this. 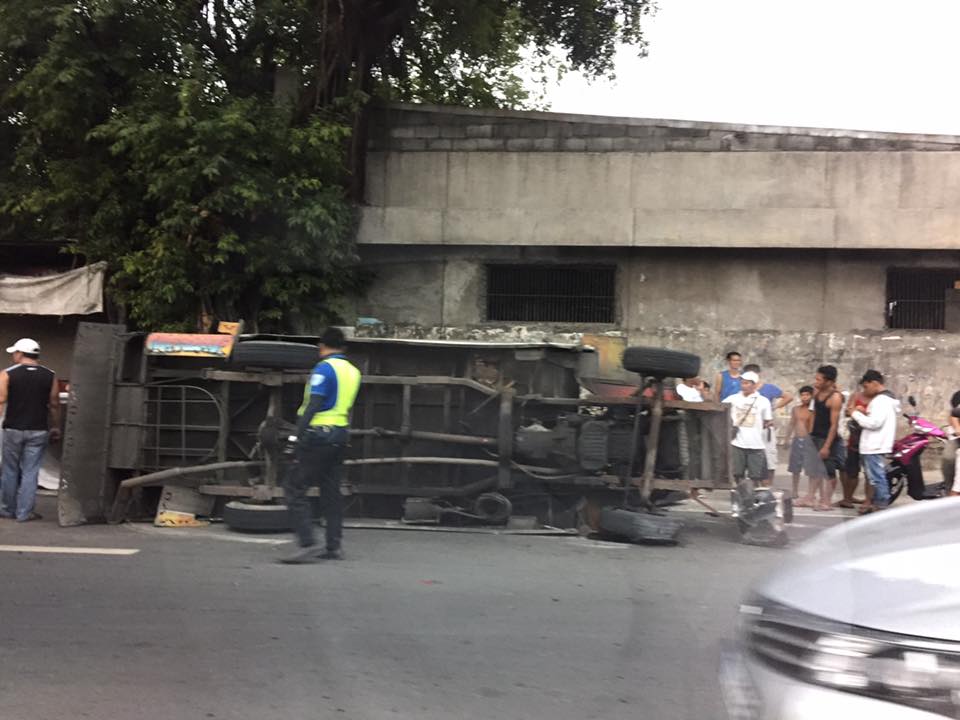 Overturned passenger jeepney along Marcos Highway in Mambugan, Antipolo. Speeding and unnecessary manoeuvres along this highway often has led to drivers losing control of their vehicles and, in this case, the vehicle turning over and likely hurting (hopefully not killing) passengers. This is again a very preventable crash considering it can be addressed by proper (read: safe) driving as well as enforcement.

Final ‘resting place’ of a truck that apparently lost control along the Tikling bound side of Ortigas Ave. Extension in Barangay Dolores, Taytay. I’ve noticed many breakdowns and crashes involving trucks along this highway as well as Sumulong Highway and Marcos Highway. Many, it seems, involve poor maintenance of these vehicles as well as overloading. Poorly maintained vehicles may lose control with or without their loads and lead to such crashes that in many cases are fatal to innocent bystanders.

With the onset of the rainy season, many roads will be slippery and this will tend to make them more dangerous. In the cases I mentioned above, most crashes are not the fault of the roads or the infrastructure but of the drivers and/or operators of the vehicles. Most crashes are preventable and are caused by driver error, negligence or aggressive behaviour. It is often the nut behind the wheel who is responsible for such crashes rather than the vehicle or the road.