I had an opportunity to ride the ferries going around Sydney including some of the islands that were part of the attractions of the city. We rode a ferry from Darling Harbor to Cockatoo Island, which used to be for shipbuilding and repairs. It was also historically significant not just because of the ships that were built or repaired there but also because it was used as a correctional facility.

Information and fares – one can get detailed information on ferry services at the wharf and also purchase single trip or top up cards from the machines conveniently located in the area.

One can use the Opal card to take ferry rides. You can top up (reload) at terminals at the wharf

Sign showing which ferry lines dock at Wharf 1: F4 is for Circular Quay and F3 is for Parramatta, which includes a stop at Cockatoo Island.

The arrival of our ferry at the port 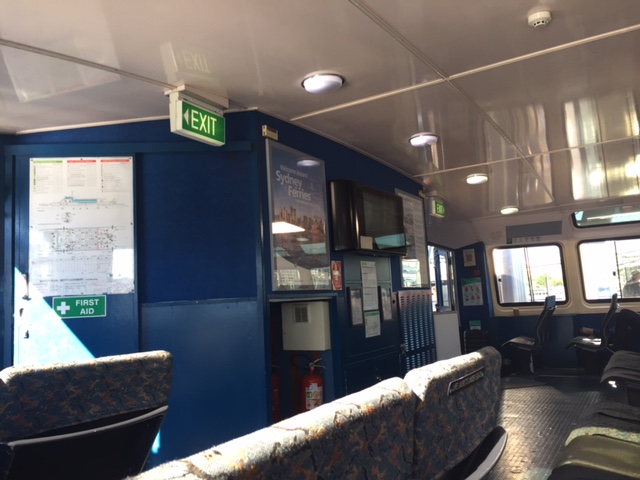 The cabin was practically empty when we boarded the ferry.

A better look at the spacious cabin

Advisory for all passengers 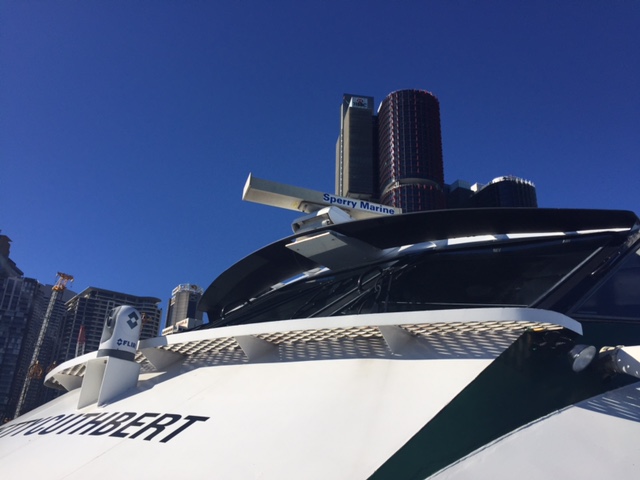 A view of the bridge and showing the name of the ferry. We discovered that each ferry was named after a prominent female sports figure.

Our ferry ride to Cockatoo Island afforded us splendid views of the waterfront properties and landmarks. The ferry also had few passengers so we could go around the boat to have an appreciation of the sights as well as the vessel itself. I will post some photos of the views from the ferry in a future article.