Personal mobility devices (PMD) are in the news now as the Land Transportation Office (LTO) issued a statement calling for their users to be required to get a license. Apparently, the agency is interpreting the law for people operating motor vehicles as something that extends to users of all powered vehicles. This may be an example of the law not being apt or suitable for the times and not considering the specifications or operating characteristics of these vehicles. Thus, this issue emphasizes the need to update policies and regulations and perhaps re-formulate them to be less car-oriented or biased vs. active transport as well as this emergence of PMDs as another mode choice for travelers.

I took the following photos while conversing with one of the project research staff at our center who uses an electric PMD for his commute between UP and his home in the Cubao district. He related that he alternates between this and his motorcycle. When asked if he felt safe using the PMD, he said it was the same as when he rides a motorcycle as he also wears a helmet and protective pads when using the PMD. 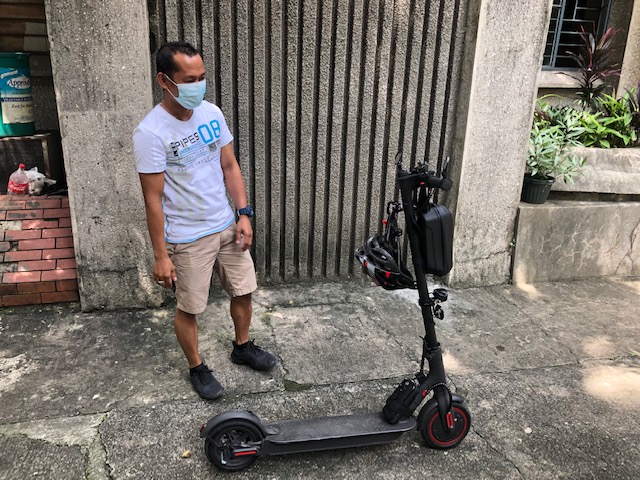 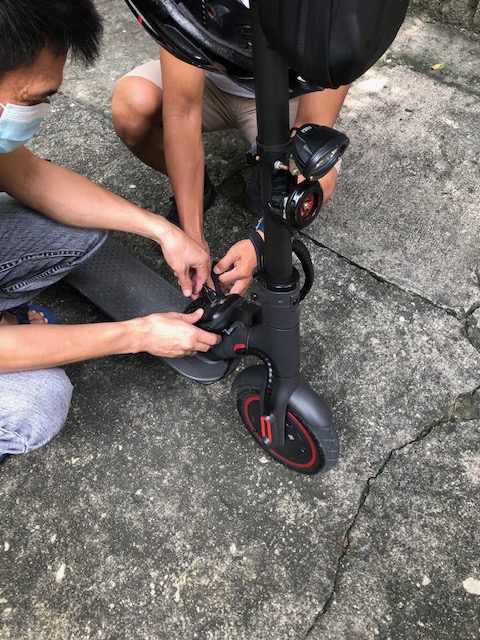 I’ve seen a few PMD users along my commute and for most I thought they practiced safe riding. There were some though who seem to fancy themselves as stunt riders. These are the ones who endanger not only themselves but other road users with their reckless behavior on the roads. They are not different from other so-called “kamote” drivers or riders (with all due respect to the kamote or sweet potato). Like any road user, these should also be apprehended and penalized for unsafe behavior that endangers others.