Still on the aftermath of Typhoon Ulysses (Vamco) though this is already a late post about it, here are some photos at the river banks level on the side of SM Marikina and the vicinity of the transport terminal constructed and operated by the former MMDA Chair and Marikina Mayor’s company. The area is basically a flood plain and in other countries would not have been suitable for building. Rather, these are often used as open spaces like parks, football fields or baseball diamonds, among other possible uses.

There were garbage and mud everywhere. By the time I passed by, the mud had dried up and turned into fine dust that blanketed the area.

Trash were everywhere and you can see how deep the water was by the garbage still on the power line towers and the trees. 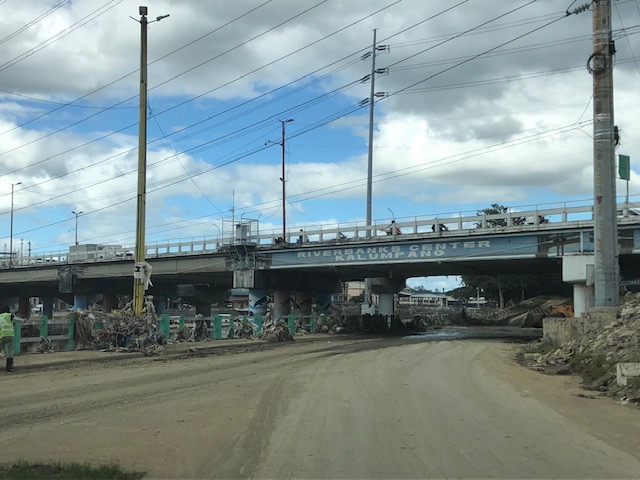 Underpass leading to SM Marikina – bulldozers and payloaders were busy moving mud and garbage to clear the roads. There were no signs of the work in progress so I ended up making a U-turn seeing the way to SM’s parking was blocked by mud and debris.

On the way back to Marcos Highway, you can see the large trees that were transferred to this area from Katipunan Avenue (when it was widened by way of removing the service road to give way to the MMDA’s U-turn scheme). It is heartening to know these survived the river’s onslaught.