One of the most aesthetically pleasing modern railway stations I’ve seen is the Den Haag (The Hague) Central Station. The columns and roof structure alone provide travellers with a feeling of space while also having the functionality required for a central station. Contrast this to the old station feel of Amsterdam Central Station (plus the crowds) and somehow I would rather have the conditions at Den Haag. Of course, I have been to much crowded stations than Amsterdam as I lived in Tokyo and Yokohama for 3 years.

Arriving on the platform at Den Haag Central Station 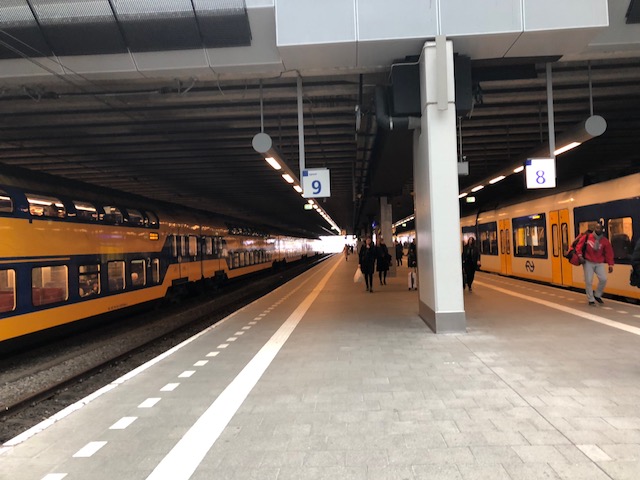 Looking back towards the end of the platform 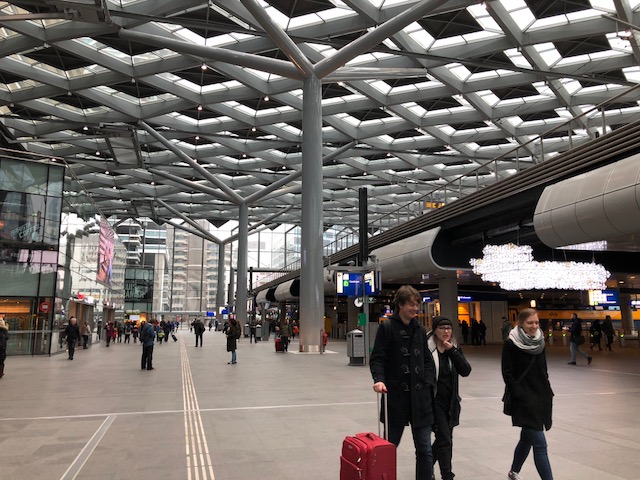 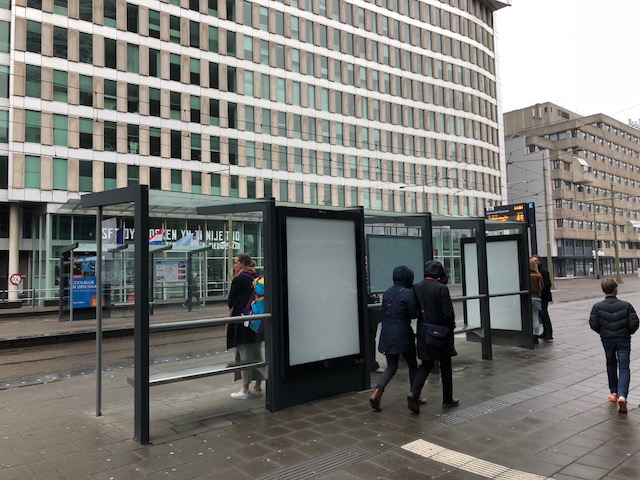 Tram stop just outside the station

You can easily get on a tram upon exiting the station. Above is another train line, which crosses the station and its platforms.

Going around The Hague was no hassle. There were a lot less people there compared to Amsterdam last Easter Sunday. I felt more relaxed moving around. I also like it that I had transit options in the form of trams and buses to get from one place to somewhere walking seemed to be the less efficient mode to take. Not so many people were on bicycles but that’s probably because it was a Sunday and most bike traffic were for work or school trips? Here are some photos of trams at The Hague (Den Haag). 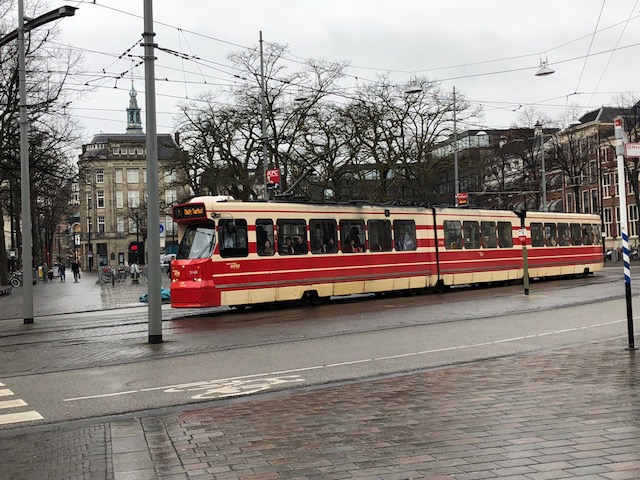 Saw this tram as we went around some of the attractions in the city.

We rode this one going to the beach.

I rode this tram going back to Den Haag Central Station 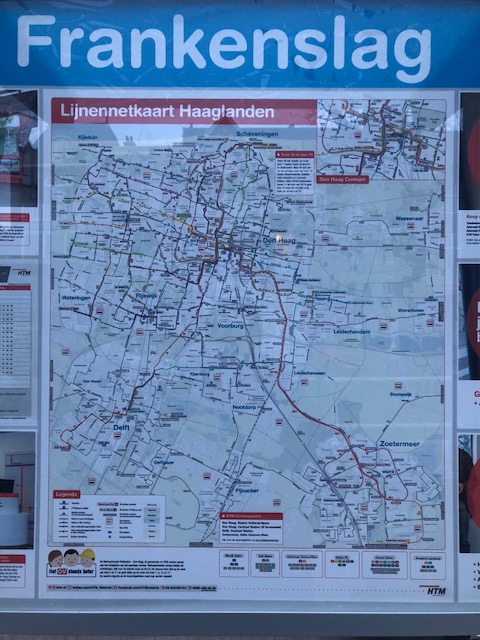 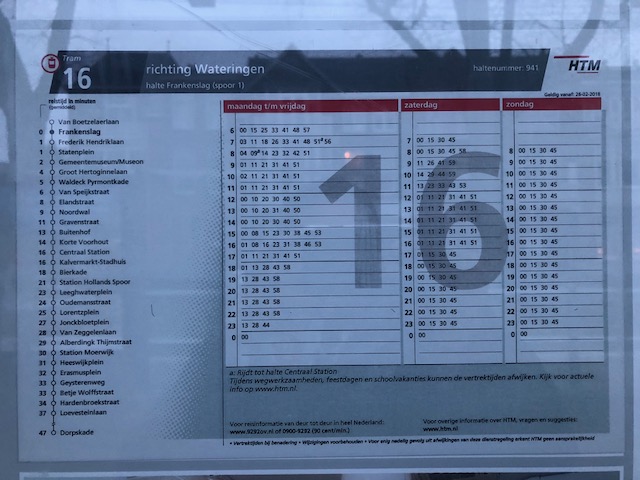 Tram schedule posted at the stop

Our friends’ neighbourhood was a really nice one and I liked it that it is accessible to both tram and bus. The walks are short but you can easily get some exercise by getting off at an earlier stop or perhaps walking to a further one. The clear walking paths are definitely a plus and the environment is one conducive for such activities as well as for saying ‘hello’ to other people.