Motorcycle taxis, called habal-habal in the many parts of the Philippines, are usually associated with rural areas where 4- or even 3-wheeled vehicles would have a difficult time traveling. Meanwhile, larger vehicles probably won’t fit in narrow rural roads, which can be more like a trail than a road. I saw this habal-habal station along Circumferential Road 6 in the Pasig City part of the road. The area is part of a large relocation area for informal settlers. The settlement is basically unplanned, with homes/buildings a mix of shanties and other design-your-own structures with narrow streets and alleys. The latter is most suitable to walking, bicycles and yes, motorcycles. 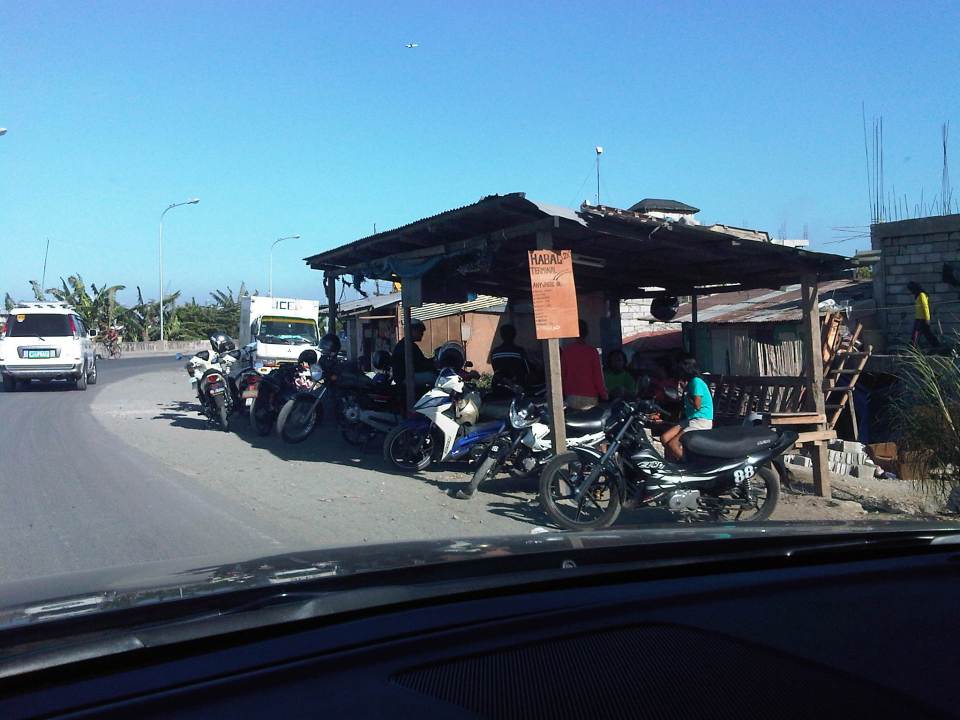 Despite the denial of many local governments including the MMDA, there are motorcycle taxis operating around Metro Manila. Many of these are in areas where there are no public transport services. Tricycles or pedicabs are not allowed or cannot access these areas (streets too narrow or in bad condition). Walking could have been an option but pedestrian facilities are probably even worse or walking distances are long and therefore inconvenient and uncomfortable to most. I don’t know about the fares for their services but I’m sure these are based on what people are willing to pay and established from what providers initially asked for such services. It is likely to that the operators of these services and their passengers know each other as the people in the communities served by habal-habal tend to know each other or another from other people (i.e., everyone knows everyone else).