On the importance of trees along streets

I’ve written before about the importance of having parks around a city or town. Here’s an article I recently read about the positive impacts of trees along streets: 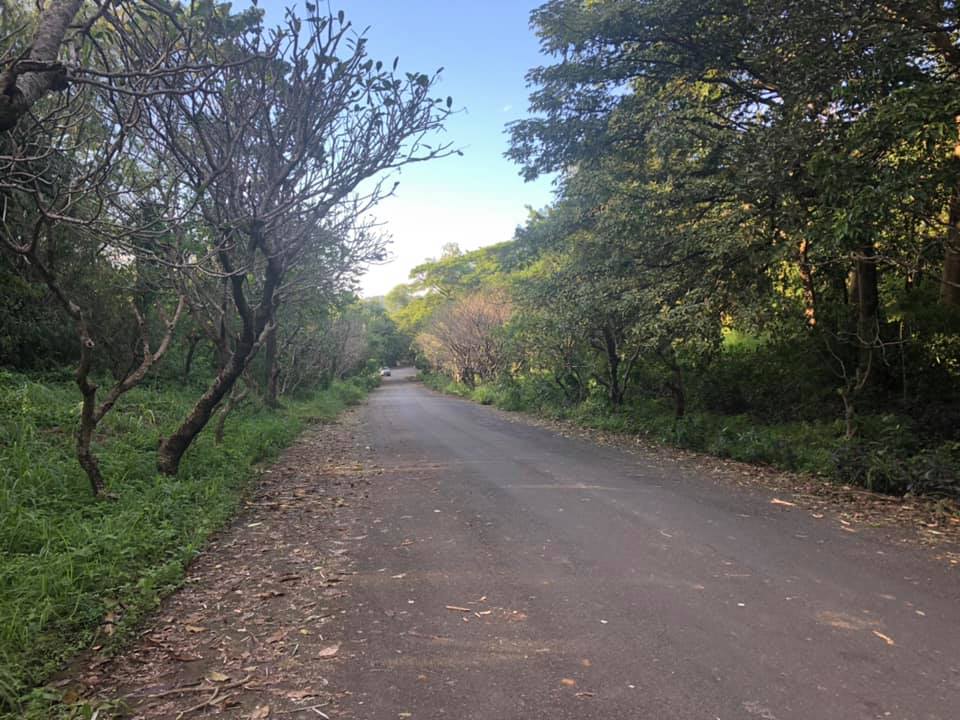 We often refer to cities as the urban jungle. Why not really, literally make cities as urban jungles by planting more trees and other plants where its possible to grow and nurture them. Gardens may be grown not just for flowers or aesthetics but for food. Perhaps architecture should deliberately be oriented for greens? Orchard Road in Singapore is much admired for its trees. Surely, similar streets in our country can be landscaped accordingly.

On the importance of trees in the urban setting

Having lived in two other countries and traveled in many others, I have seen and experienced for myself examples of tree lined avenues and streets in the urban setting. And I am not talking about small cities but big ones like Tokyo and Singapore. I have gone to many of the big cities in Japan to be able to say that trees should have their place in the so-called urban jungle and the benefits of having them are tremendous. Here is a nice article recently published in The Guardian that explains the advantages of green streets:

Philippine cities should heed the advice from the author and city and municipal planners should make sure that plans incorporate trees and other flora. Obviously, they are not just ornamental but rather should be indispensable components of our towns whether it is highly urbanized or not. I guess the same concepts apply also to the roadsides of our national highways. The Department of Public Works and Highways (DPWH) clearly had little or no regard for greenery; chopping down even the elder trees along the way of their road widening programs. As such, they have contributed to blight along these roads and it would take some time and effort to bring back what used to be tree-lined, canopied roads in many provinces.

Tacloban downtown in the early mornings

Mobilizing surveyors for traffic data collection in Tacloban City’s downtown, I took the opportunity to take some photos before 6:00AM. This was before most people were at work or school on the first good weather day in the city after a week of heavy rains that brought floods and landslides to parts of the city. Schools at all levels had been suspended earlier this week with government offices also closed last Monday. 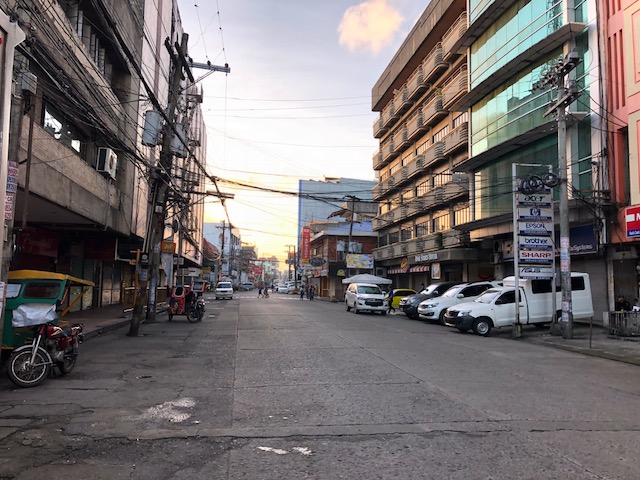 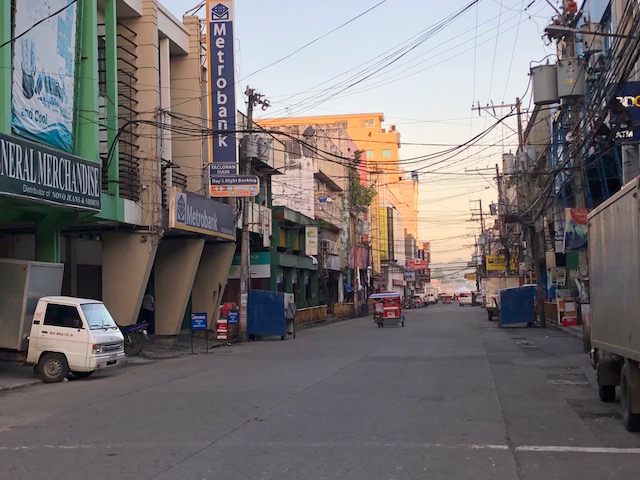 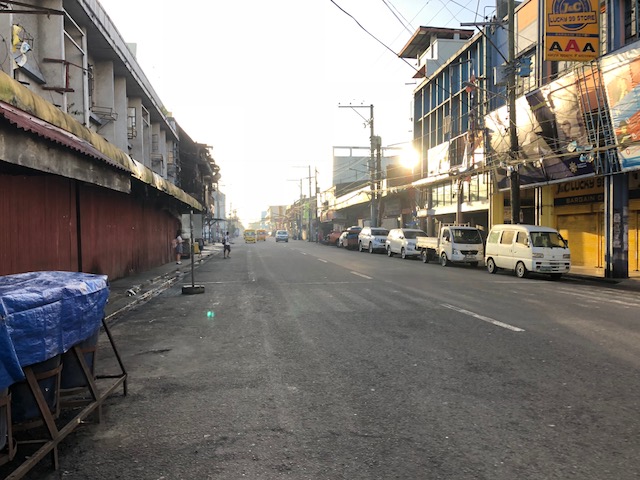 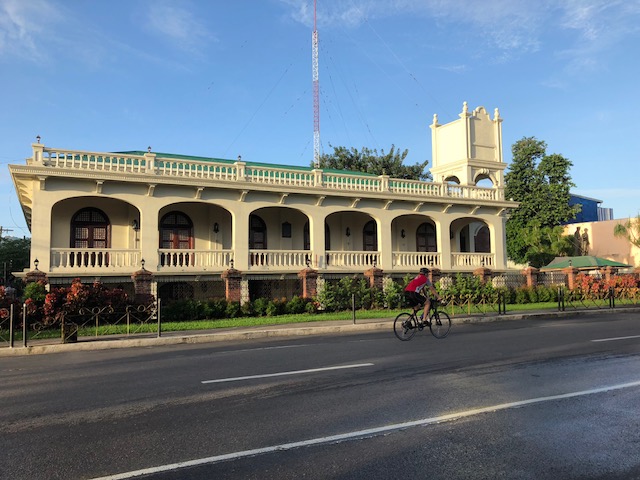 There’s something about coming out to walk in the early morning in cities like Tacloban. You catch a city at a time before all the action happens, when everything seems so peaceful and calm when you see more people walking and cycling than motor vehicles dominating road space. That serenity should serve as an inspiration for what should be the vision for a city in order for it to retain its soul rather than lose it in what can be nightmarish traffic and transport conditions. Tacloban’s downtown holds so much promise for revitalisation but among the issues that need to be addressed is traffic-related. The city needs to recover spaces for pedestrians and cyclists while ensuring efficient traffic circulation for motor vehicles, particularly public transport. There seems to be spaces available for road diets and the creation of safe paths for people, and such design challenges need to be taken on in order to transform the downtown area into an example of sustainable transport.