We got to see first-hand last weekend how terrible the traffic congestion in Tagaytay has become. Last year it was already bad but last weekend’s traffic was really awful. To be fair, not counted in the traffic jams mentioned here are roadworks (i.e., widening) currently being conducted by the DPWH along the Sta. Rosa – Tagaytay Road that have also contributed to the longer travel times to and from Tagaytay. The severe congestion is due to the intense developments in the city including high density residential and commercial developments in a city where transportation, including the road network, is not built to be able to handle the trips generated by such developments.

My brother took the following photos as we drove back to Manila: 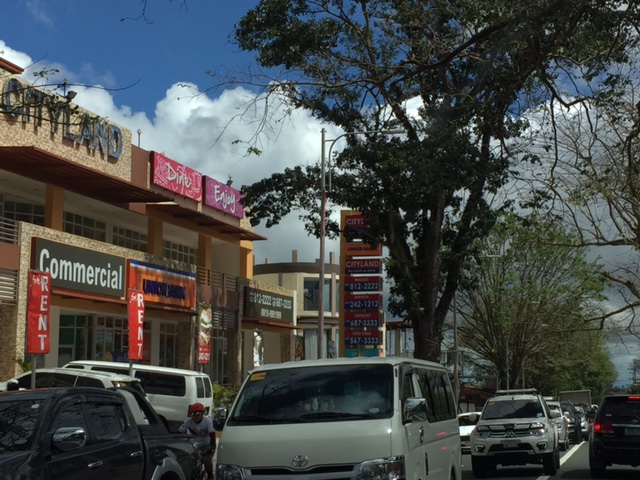 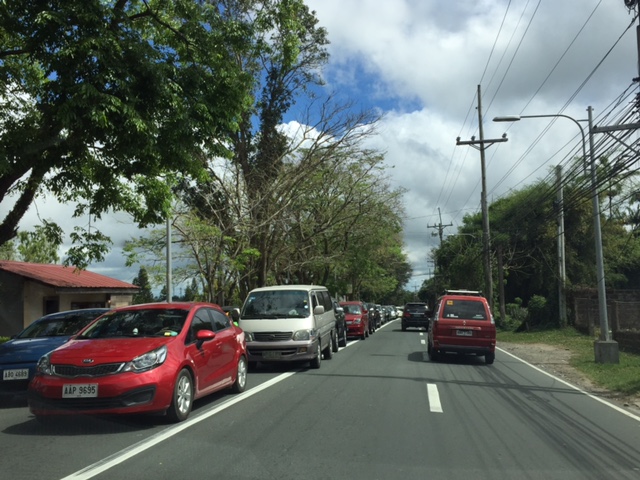 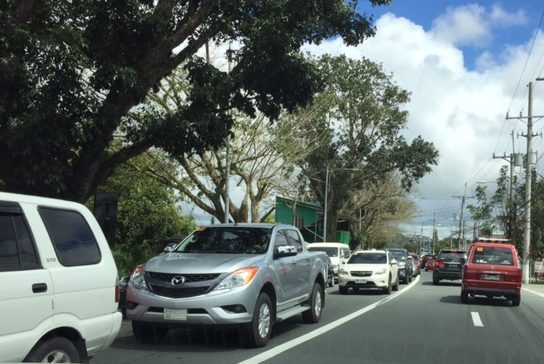 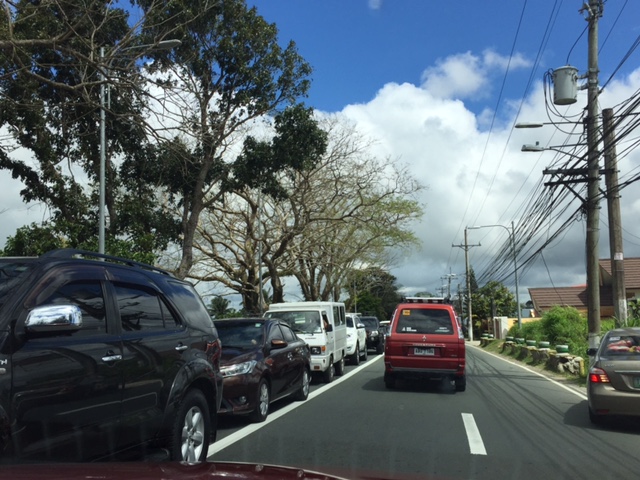 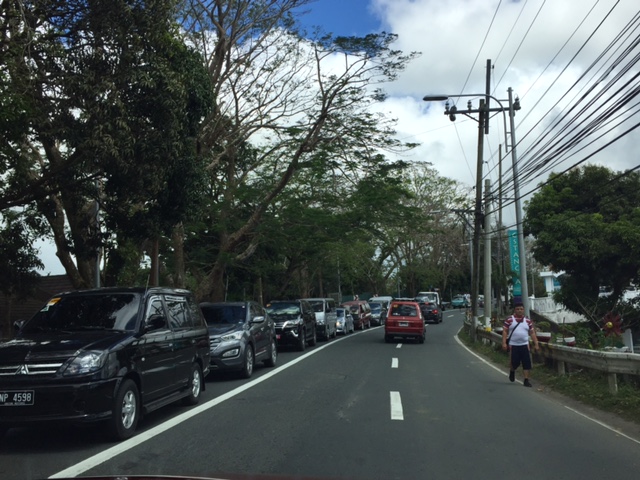 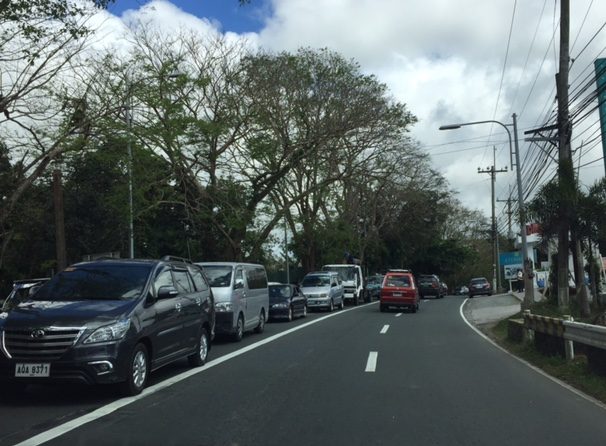 The photos pretty much describe how congested roads are. All two lanes are full with what is basically bumper-to-bumper traffic. The last photo was taken in front of the Estancia Hotel, which is about 1.4 km from the rotonda, and the queue appears to continue well beyond this area (i.e., past Starbucks). This is a result of the traffic management at the Tagaytay rotonda where, instead of allowing vehicles to move freely (which is how rotondas are supposed to function), traffic enforcers instead stop movements from the 3 legs one at a time. The problem here is that the congestion due to the Serin mall often reaches the rotonda, and so vehicles could not proceed to exit on that leg of the intersection. This condition affects traffic from all legs and results in long queues along the Aguinaldo Highway as well as both the rotonda-bound sides of the Tagaytay-Nasugbu Highway. Vehicles cannot make left turns to Serin or the Lourdes Church because of the median barrier set-up along the highway so all have to go around the rotonda. Quite frankly, I see very little or no options in as far as solutions go. The traffic is simply too much for the roads to handle.

Last December 8, it was a holiday at Taguig City as they celebrated their foundation day. Not surprisingly, many major roads including C-5, Ortigas Avenue and EDSA were relieved of congestion and I was among those who benefited from this as we breezed through Ortigas to get to the hospital for our daughter’s regular check-up. I also saw many posts on Facebook in agreement with this observation as they too had shorter travel times particularly between Quezon City and Taguig.

I jokingly proposed on my social media account that perhaps, instead of tinkering with the number coding scheme, we should have something like coding for cities. I recall recommending something like making a holiday for one major traffic generating city for each of the five working week days. It’s like making Mondays off for Makati City, Tuesdays off for Pasig, Wednesdays for Makati, Thursdays for Taguig, and Fridays for Manila. I got some supportive comments including one that made very good sense about commuters losing the equivalent of a day anyway because of traffic congestion. The 4-day work week is not at all unusual or new since this has been practiced in many offices including government offices. In certain cases, there are offices that allows you to work from home once a week so you only need to be physically in the office for 4 days. It would be nice for an analysis for this proposal be made and supported perhaps by some modelling so we can have metrics for the potential benefits to all of such 4-day work weeks.