I have gone around Bangkok in the past using the BTS Skytrain, buses, taxis and once using the tuktuk. I have only used the subway once as it has only one line and in the past trips to Bangkok I really didn’t need to use it considering most of my destinations were within walking distance of a Skytrain station or required the services of a taxi. And so I took the opportunity to take some photos at the Bangkok Metro during one commute to meet up with a friend. 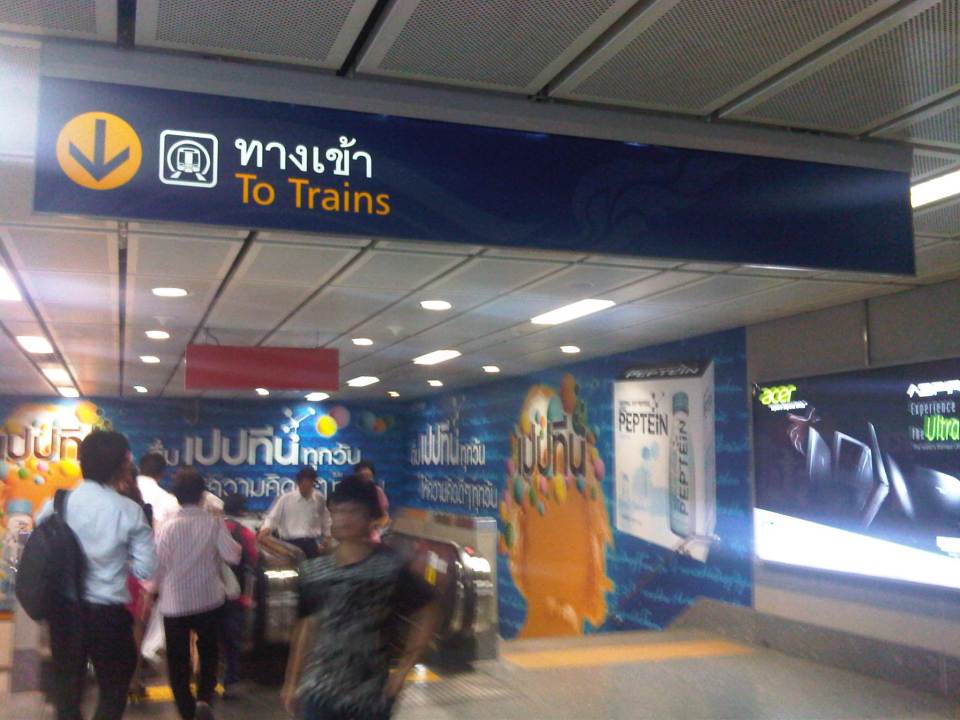 Another descent, this time to the subway station plaza to purchase a token (instead of a ticket) to ride the train 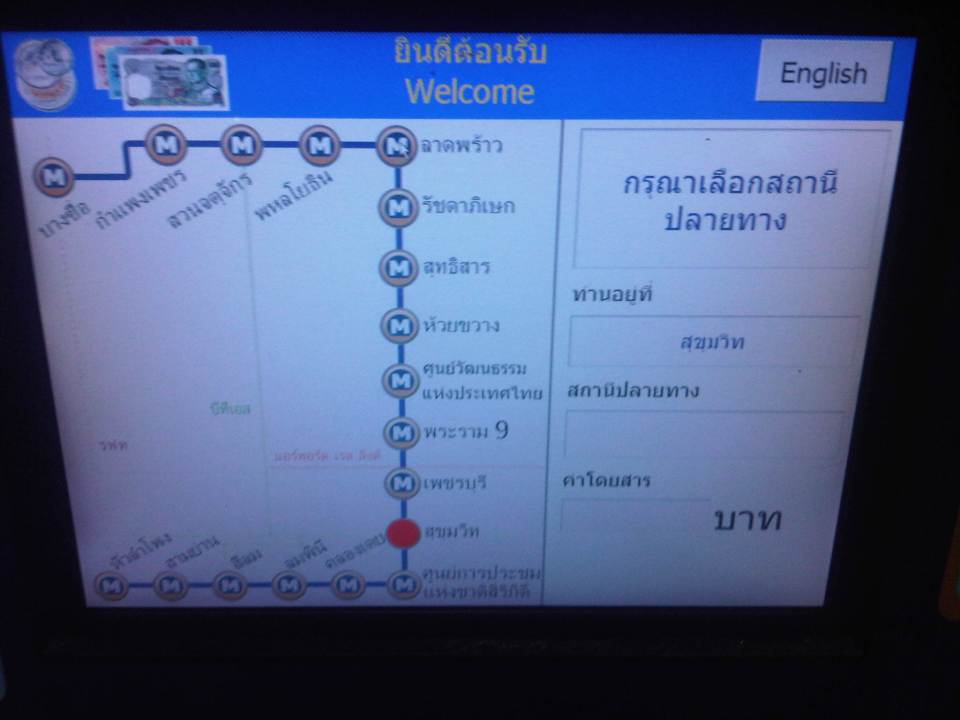 User interface for the Bangkok subway – commuters who can’t read Thai may opt to go for the English option. Unfortunately, the MRT’s system is not integrated or compatible with the Skytrain’s and so I could not use my Rabbit card for my fares. I think the MRT should work on this as it would be to their advantage. 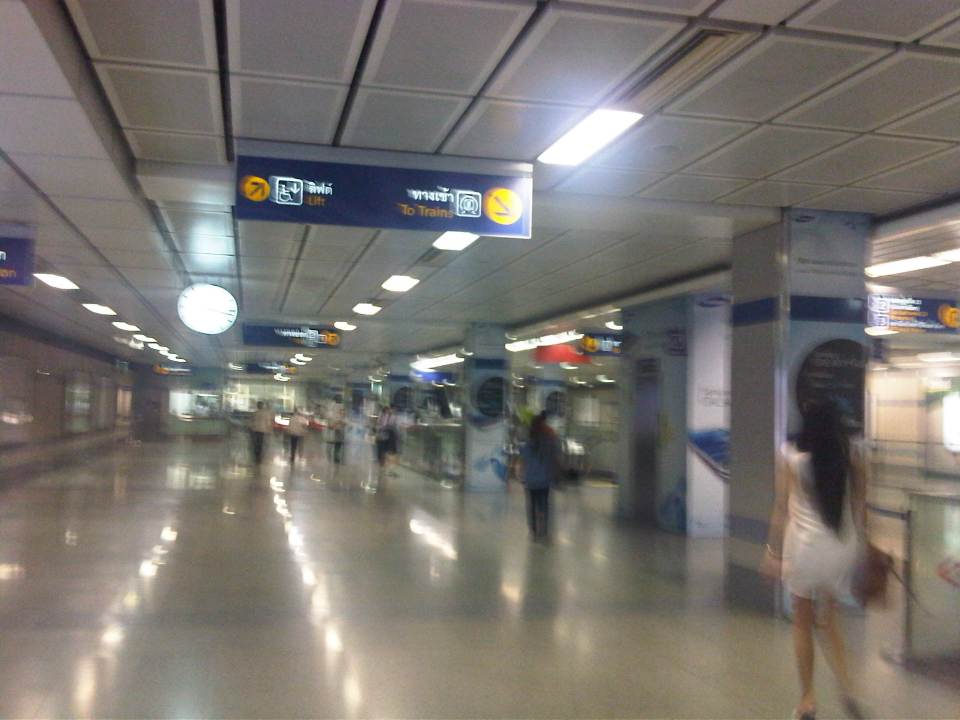 The station is spacious and there seems to be still few passengers using the subway – Fares have been criticized before for being expensive compared to bus and Skytrain. As such, the system is not as crowded as Singapore’s MRT or the Philippines’ elevated rail systems. 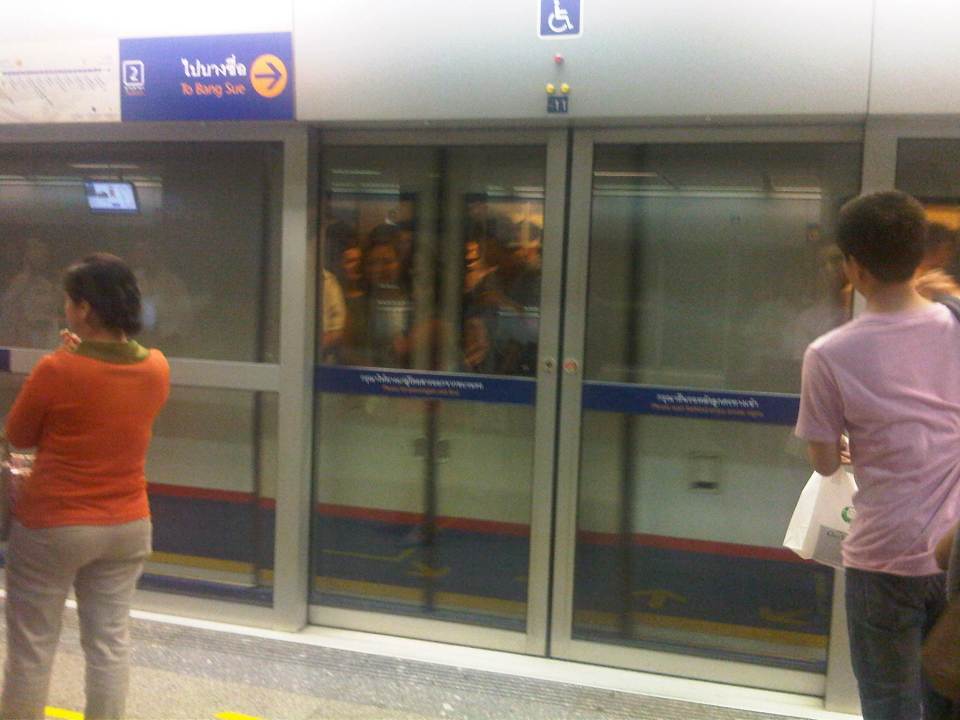 Platform doors are synchronized with the train doors, ensuring safety for commuters.

Turnstiles are similar to those in Singapore and Japan

I think the Bangkok subway is still a good option along the corridor it serves though it would be better if it is extended to increase its reach and consequently its ridership. Issues on inter-connectivity with other modes especially the Skytrain have been addressed to some extent but remain. Its most difficult challenge pertains to fares and is something that would probably be difficult to tackle given the financial implications but is necessary to encourage more people to use it regularly.