Of stored value cards and other ways for paying fares

I was in Thailand for at least once a year during a certain stretch in the last decade as part of my university work. Whenever I was in Bangkok, I bought a one-day pass for me to have practically unlimited use of the BTS Skytrain for a day. Other times, I bought a 3-day pass in order for me to also see and experience the system. Those times in the past, there were no IC or stored value cards for use in commuting in the Thai capital like those in Singapore, Hongkong or Japan. And so I was quite happy to see the availability of a stored value card when I familiarized myself with the Skytrain last week.

The Rabbit card, as it was called, is a stored value card that still has limited use for commuting and other purposes. At present, it can only be used for the BTS Skytrain and a few shops. It cannot be used for buses, taxis or the MRT (Bangkok’s subway). There are three variants for the Rabbit card – one for students, one for senior citizens, and another for adults (all other people). 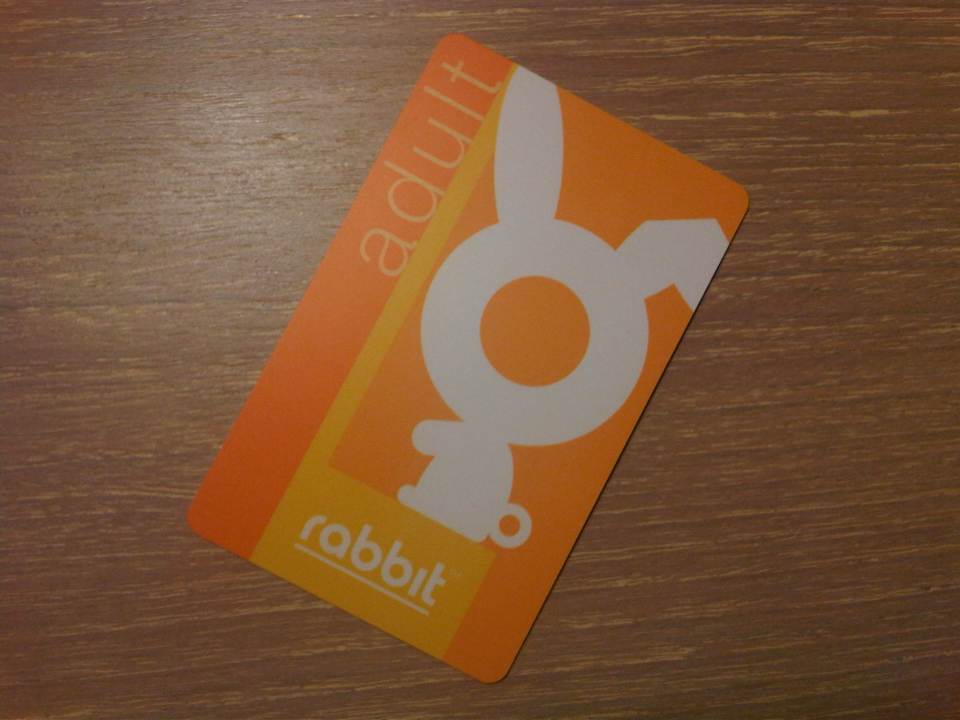 Front of the Rabbit Card

Back of the card where simple instructions for use of the card are indicated in both Thai and English.

The Rabbit card is not yet as useful, versatile or convenient as Singapore’s EZ-Link or Japan’s Suica and Pasmo commuter cards. Still, it is an improvement that will surely and steadily have more uses in the future. And so I look forward to the next trip to Bangkok when perhaps my Rabbit card will be useful for other modes of transport as well.

I am posting this article about the Rabbit Card as I listen to news about problems currently being experienced by the EDSA-MRT 3 in Metro Manila. It seems they had run out of stored value cards (maximum load of 100 PhP) and single journey cards that the administration had to resort to issuing paper tickets to accommodate the many commuters using the system.

There used to be RFID cards issued by the two giant telecommunications companies in the Philippines that could have been the solution to the current problems for the MRT3. Unfortunately, these have been phased out a few years ago. And so perhaps for the sake of the thousands of commuters using the MRT3 and other rail lines (and later even buses, jeepneys and taxis) in Metro Manila, transport officials finally invest in a card and/or pass that can be used by commuters and tourists alike. One would think that many who are with the DOTC, MRTC and the LRTA would have already experienced the systems in other countries and so they could have an idea of what could be so beneficial to public transport users here.

Despite several opportunities in the past, I haven’t been able to take photos of the area for arriving passengers to be picked up by relatives or friends. I seem to forget doing including taking some while waiting for people at the building designated for sundo. And so I took a couple of photos while waiting for my ride showing the well-wishers area and the driveway for vehicles making pick-ups. Airport security usually limit the time for pick-ups as some vehicles tend to park and clog the area. There is another driveway immediately after exiting the main terminal building that is reserved for VIPs but some people who feel they are important have their drivers wait for them at the driveway featured below making them another breed of pasaway or pa-importante.

Well-wishers area – building for people fetching arriving passengers from across the Terminal 1 building. At the back of the building is an open parking lot. Inside the building at the second level is a branch of a popular fast food chain and a coffee shop, and just behind the building before the parking lot are kiosks offering refreshments and even meals to waiting people.

Last year when talk was hot particularly about NAIA Terminal 1 being one of the worst hotels in the world, plans were being drawn about the renovations for T1. These plans included those from well-known Filipino architects that were eventually “dismissed” in favor of contracting the firm that originally designed the airport. While I have nothing against architects, I feel that T1 is one of those cases where they went more about aesthetics than functionality. This is an observation by many other people who have wondered why the airport didn’t have enough space for the typical groups (or droves?) of well-wishers that seems to be a cultural thing with Filipinos. And so the areas and buildings shown above will likely be among those to be included in a major renovation for T1 that is supposed to increase the capacity of this terminal and improve facilities for passengers and other users. However, more than a year has passed and I’ve seen nothing yet being done to the terminal.

I took a couple of photos of the walkway and bikeway along the eastbound side of Marcos Highway while traveling to Antipolo one weekend. This used to be a wide, open canal along the eastbound side of the highway, which forced pedestrians and cyclists to use the outermost lane of the carriageway. Such exposed people to a high risk of being sideswiped by motor vehicles that often speed along the sections shown in the following photos. 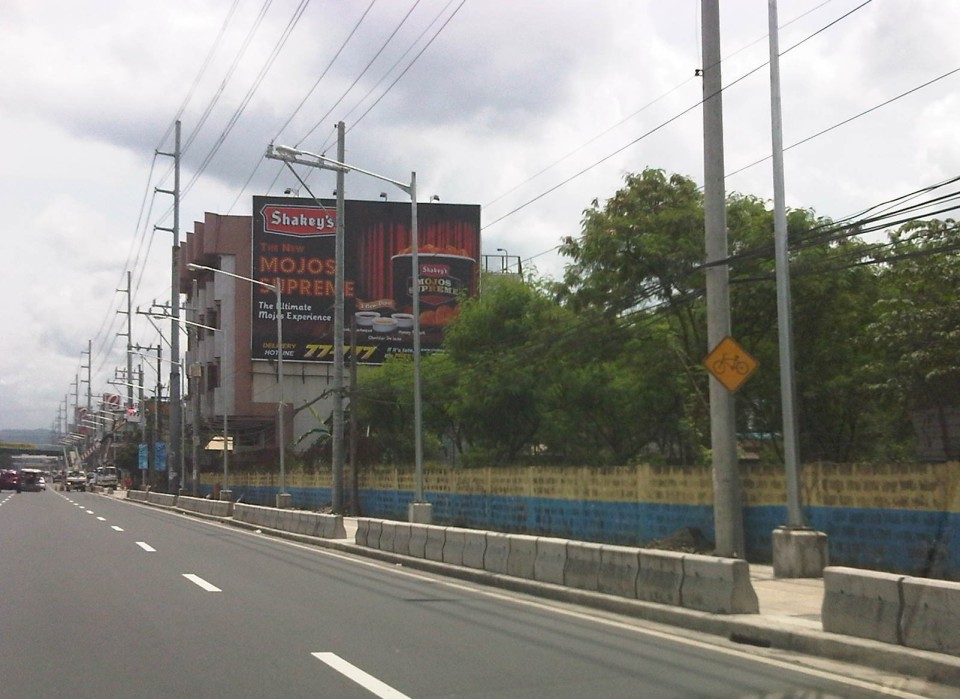 Sign indicating bicycle path along the eastbound side of Marcos Highway. The space is supposed to be shared with pedestrians. Concrete barriers are supposed to provide protection from wayward vehicles.

Treatment at driveways of establishments along Marcos Highway. Notice the white line delineating space for pedestrians and cyclists. The overpass at Dela Paz can be seen downstream in the photo. The overpass has a ramp for cyclists and persons with disabilities.

The pedestrian and cycle paths along both sides of Marcos Highway greatly enhance the safety features of the highway. These will especially be important come summer, particularly during the month of May, when many people take the Marcos Highway route to Antipolo Church in what is one of the most popular (if not the top) pilgrimages in the Philippines.