The ill-located terminal at Ligaya along Marcos Highway

There is a newly constructed public transport terminal in what is popularly known as the Ligaya area along Marcos Highway in Pasig City. The terminal is right across from the new Ayala Feliz Mall. The terminal is mostly unused or under-utilised. The jeepneys and UV Express vehicles that were supposed to use the terminal seldom go there as the natural stop for most coming from Pasig to Marikina would be closer to the junction of Marcos Highway with Amang Rodriguez Avenue. There is also the U-turn slot nearby where many passengers dare to cross to in order to catch a ride. Sinasalubong ng mga tao ang jeepney na lumiliko dito and the traffic enforcers in the area generally turn a blind eye to this. 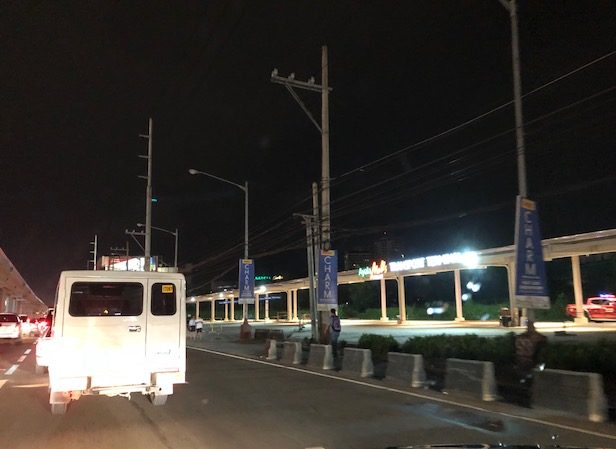 The practically empty terminal during evenings

Late at night, the terminal is dark with the lights turned off. Most times I pass by the area in the mornings and afternoons, there are few, if any, PUVs at the terminal and you don’t see a congregation of a lot of passengers there as with other terminals. Did Ayala make a mistake with this terminal? For one, it is known already that while this area is a transfer point for many passengers, the location of the terminal with respect to the established U-turn slots make it unsuitable and undesirable for most PUVs. Then there is the impending operations of the Line 2 Extension whose nearest station will be hundreds of meters away across Robinsons Metro East and Sta. Lucia Mall. I think Ayala needs to construct a physical connection to the terminal if only to increase the number of people going there and therefore attract PUVs. Finally, the area is not a terminus (or last stop) for PUVs so it doesn’t make sense for them to spend time there except perhaps during off-peak periods (i.e., for rest). However, it is not attractive even for the latter since there seems to be no amenities including stores or maintenance shops to support PUVs.