I had to navigate through Marikina’s streets in order to reach the Feliz Mall from the city’s downtown. Normally, I would have taken the more straightforward route that would have involved traveling along Marcos Highway. However, I couldn’t because it was my number coding day and the U-turn slots in the area are usually “swarming” with MMDA and Pasig City traffic enforcers. Marikina’s streets though were not part of the coding scheme and you only need to be familiar with their road network including which streets are one-way in order to navigate the streets properly.

The bike lane is on the left side of the one-way road and to the right of the on-street parking spaces. The parking lane is the left-most and curb-side. 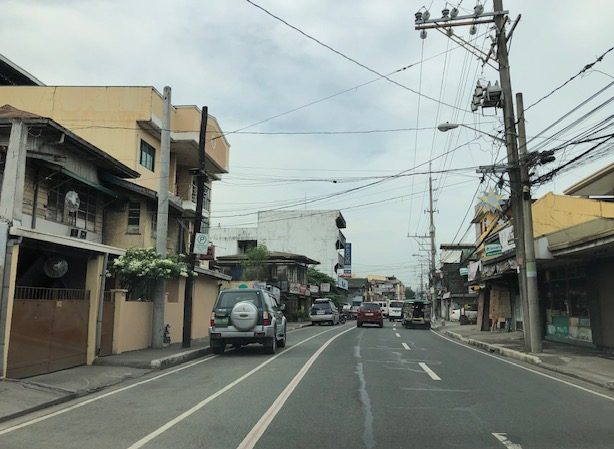 This actually qualifies as an example of a road diet application. These could have easily been 2-way streets before but effectively 2 lanes have been allocated for traffic flow while the others are for parking and cycling. [Of course, hard-core cyclist will say only one lane was taken away from motor vehicles.]

These bike and parking lanes were implemented in connection with the Marikina Bikeways project that was initiated during the time of then Marikina Mayor Bayani Fernando in the late 1990s. The project was continued and maintained by succeeding administrations of the city and contribute to the city’s being more liveable compared to other LGUs. The reconfiguration of the streets make them safer and saner in terms of traffic flow where “traffic” is referred to as inclusive of all users.