We were able to use the ramps I mentioned in a previous post. In a recent trip to Cagayan De Oro, we deplaned from the forward door of the aircraft where the ramp was engaged. Here are the photos showing a closer look at different sections of the ramp. 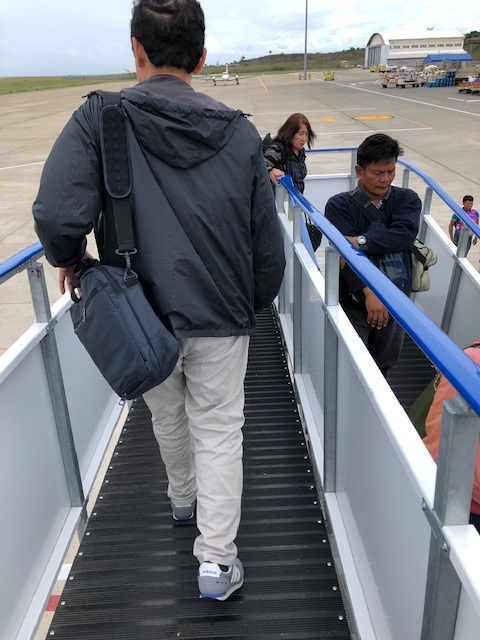 The first ramp upon exiting the aircraft

The second ramp section with passengers basically facing the plane

Another look at Laguindingan Airport 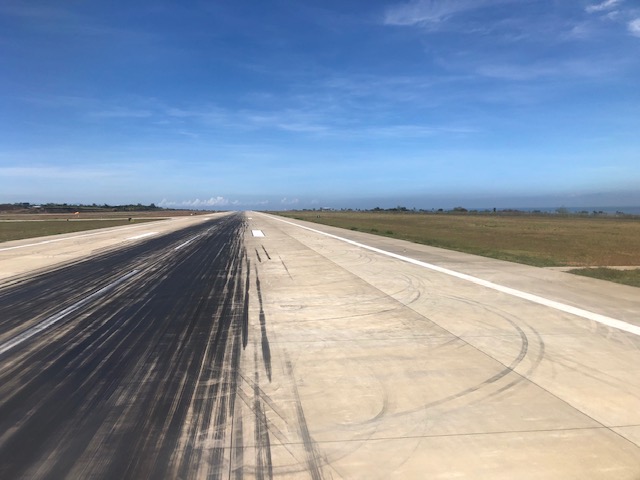 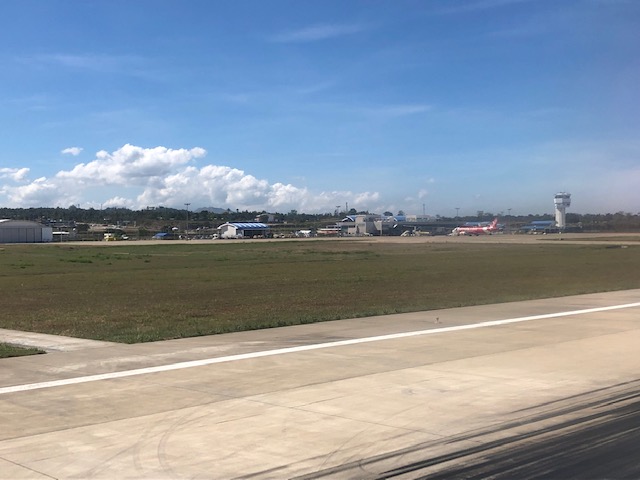 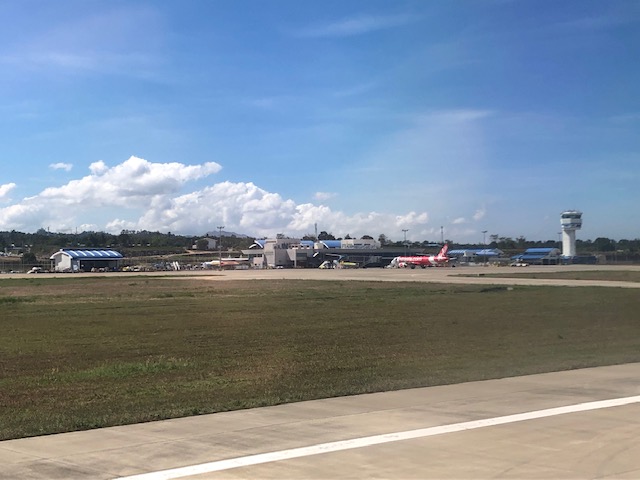 A closer look at (L-R) the cargo terminal, passenger terminal and control tower

The passenger terminal and control tower 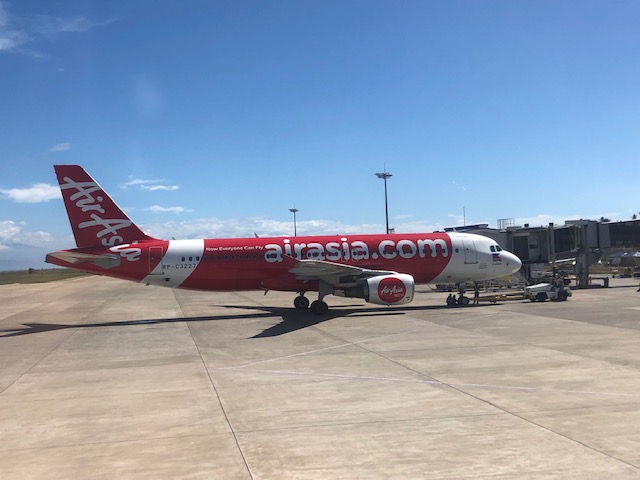 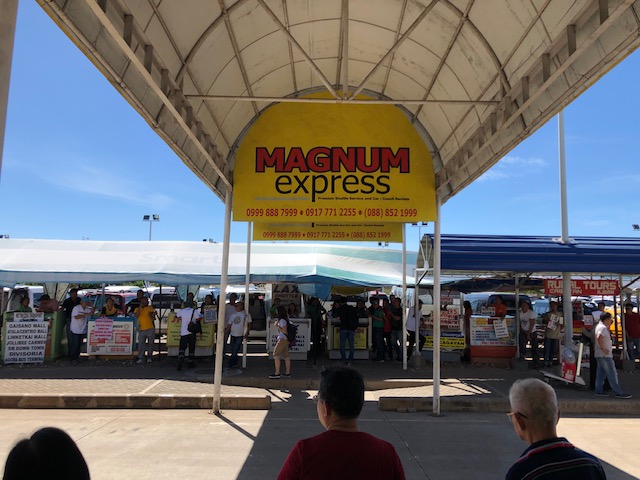 I almost forgot to post this item on Laguindingan Airport. It somehow got lost among the many drafts I had already started but remained unfinished. Here is the departure part of the feature on Laguindingan Airport, which is now the major gateway to Northern Mindanao. The layout and design of the airport reminded me of Iloilo’s International Airport what with the spur road, parking lot and driveways that are somewhat similar between the two airports. 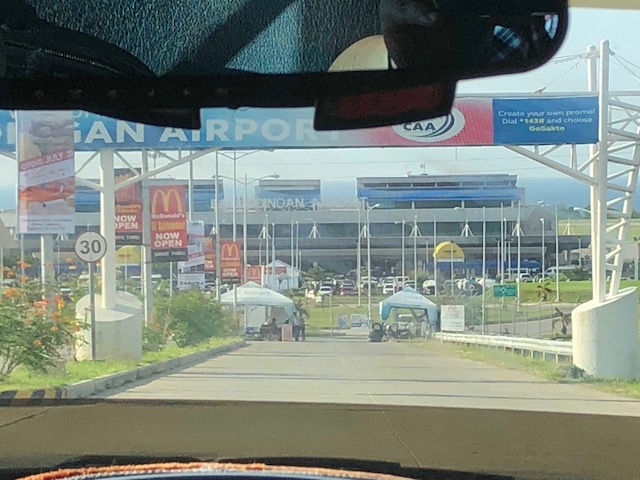 Parking lot across from the terminal building 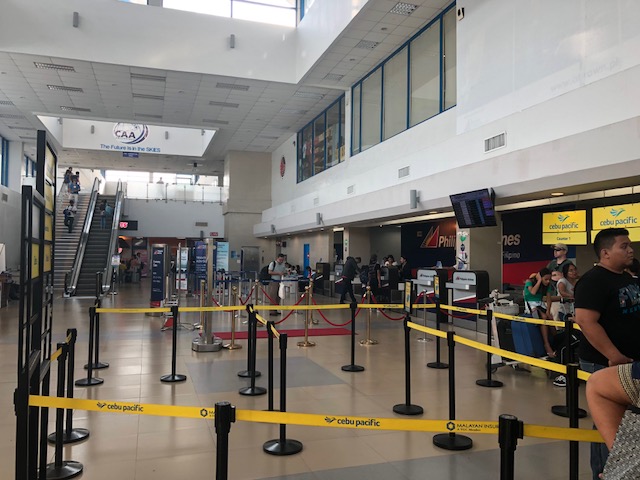 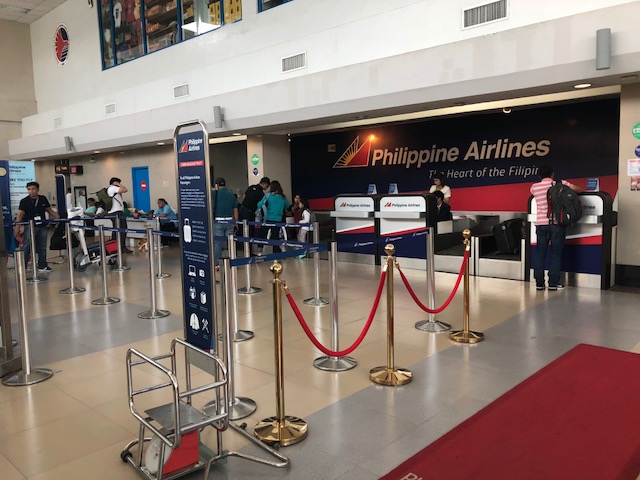 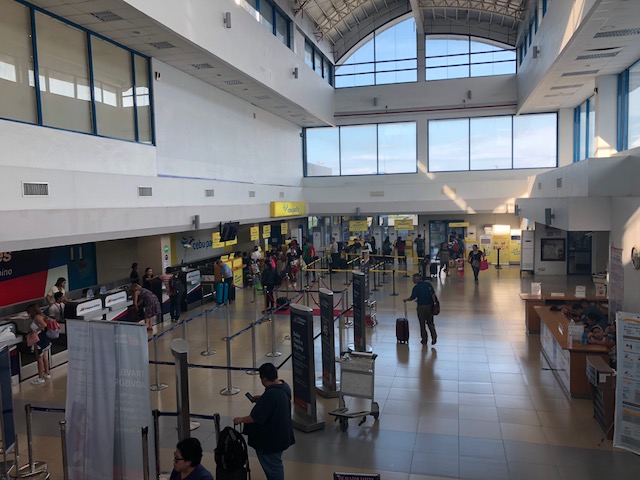 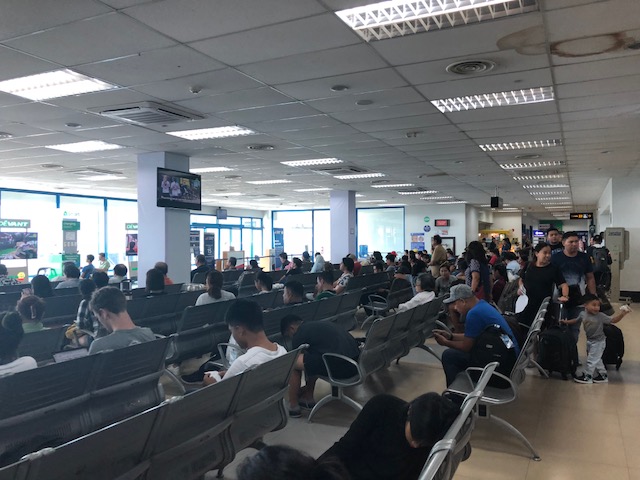 Shops at the terminal’s pre-departure area 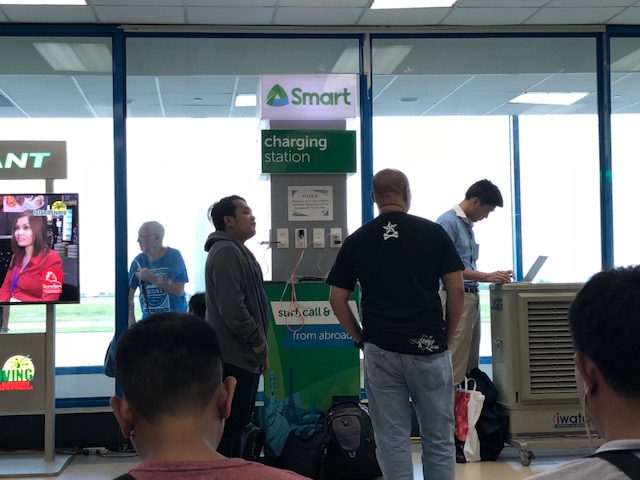 Charging station at the pre-departure area

Not shown in the photos are other shops and restaurants in the pre-departure area including the Seattle’s Best Coffee and Kenny Rogers Roasters. There are also good souvenir items for sale at the many concessionaires at the pre-departure area. Among those to be considered for some last minute shopping are food and beverage items like peanuts, pastries and coffee. There’s also a shop selling meat products, which I highly recommend. They have hams and bacon for sale, which they package well so it survives the trip all the way to your home.

A few years ago, Cagayan De Oro’s airport was closed in favour of a new airport located in another town, Lagundingan. My first time to visit Laguindingan Airport was when it was still under construction almost a decade ago. Afterwards, I had not had the chance to visit Cagayan De Oro again to use either the old or new airports. A recent trip to CDO provided an opportunity to finally see the airport and take some photos I could share here. The following photos were taken last July 2018. 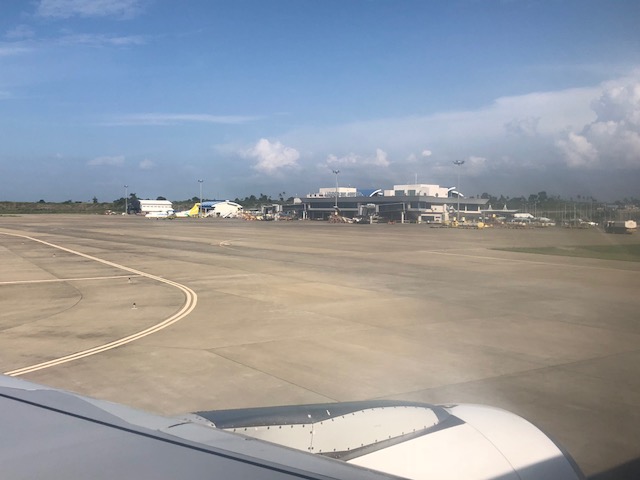 Deplaning passengers pass through the airbridge to the terminal building 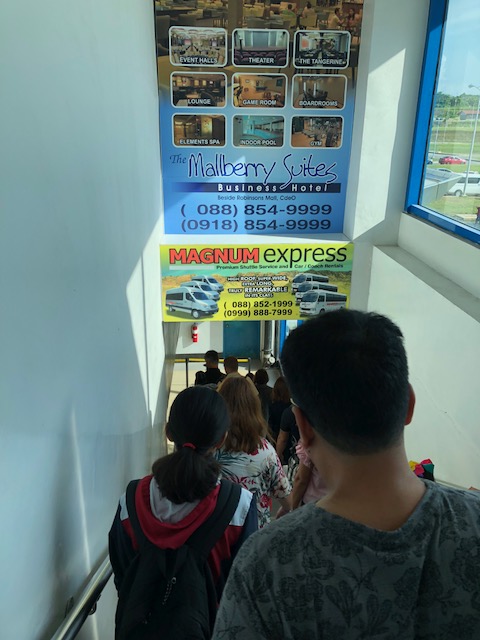 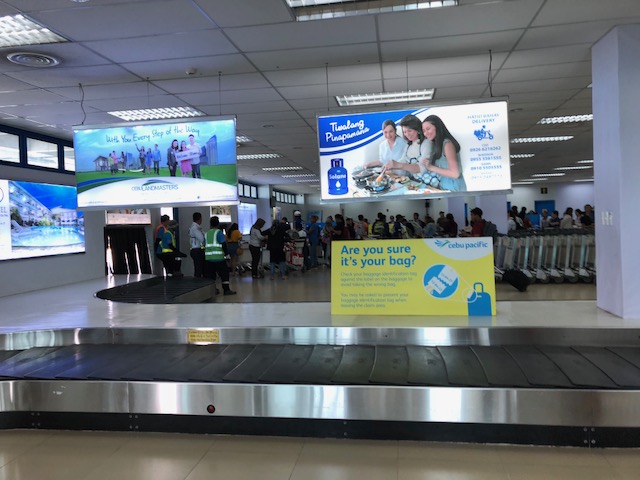 The baggage claim area only has a couple of racetracks so I assume one is generally for Cebu Pacific and another for PAL. It also means the airport is not equipped (at least for baggage claims) to handle more than 2 flights arriving within minutes of the others. 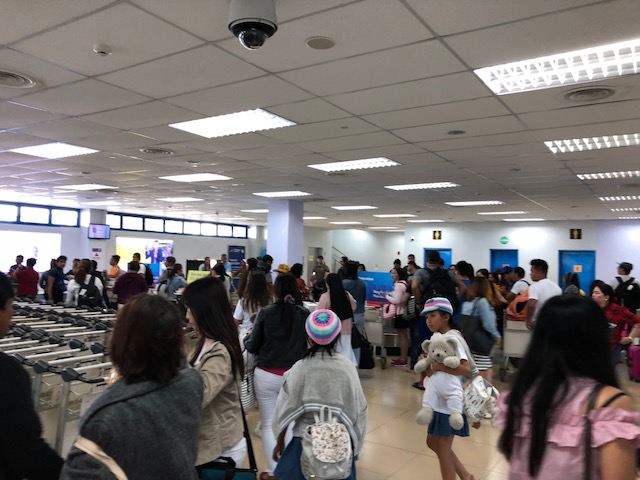 The baggage claim area can get very crowded. These are just fellow passengers from an A320 plane. 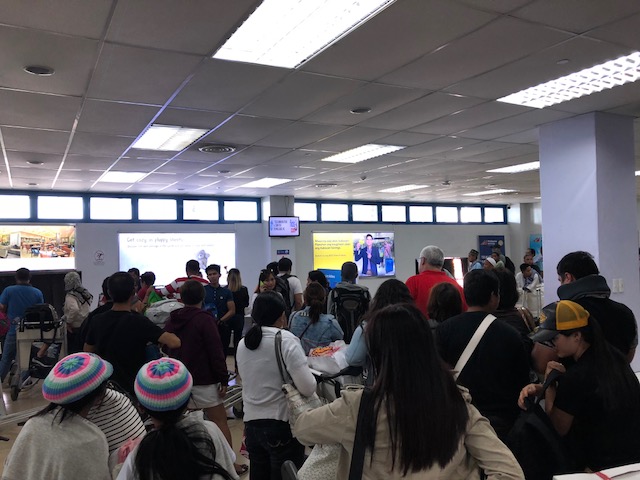 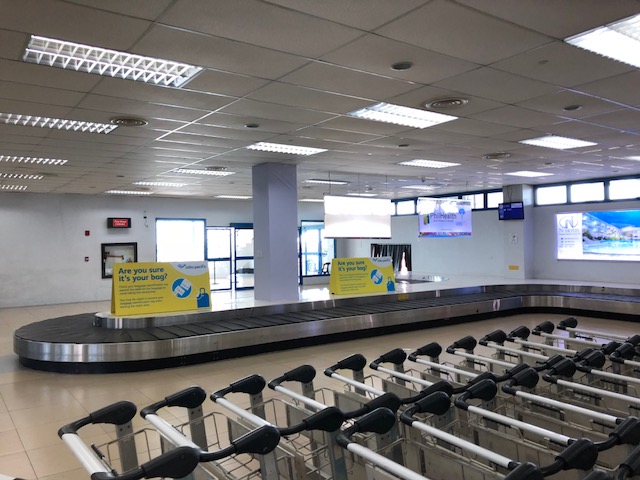 Meanwhile, the area around the other carousel/racetrack is clear of people

Tourism booths at the airport’s arrival area – one obviously is promoting whitewater rafting, which is quite popular for tourists visiting CDO. 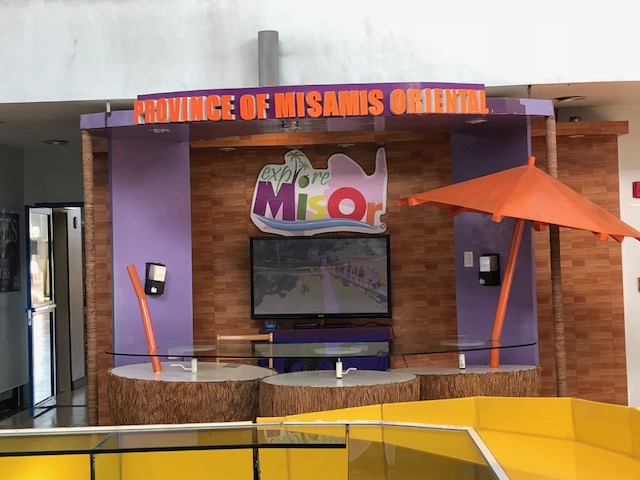 Tourism booth of the Province of Misamis Oriental 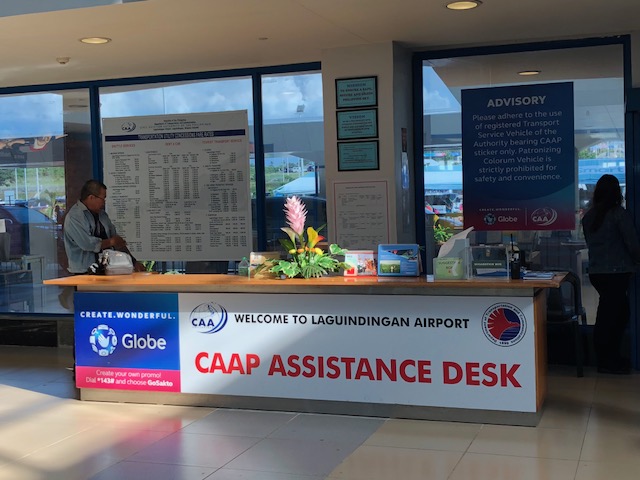 Assistance desk of the Civil Aviation Authority of the Philippines (CAAP), which is generally in-charge of airport operations in the country. This agency headed by an Assistant Secretary-level official is under the DOTr. 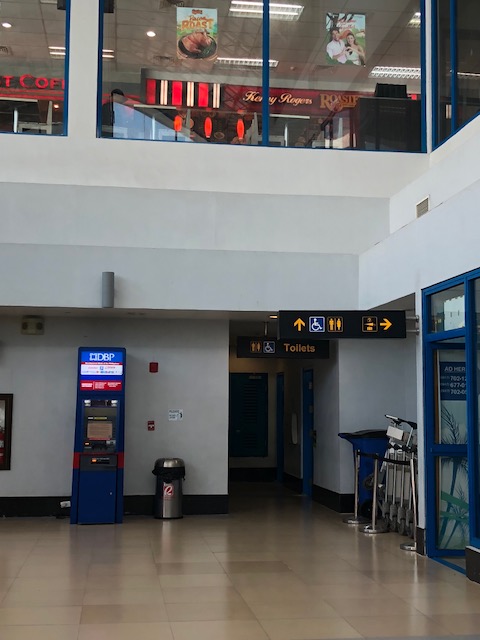 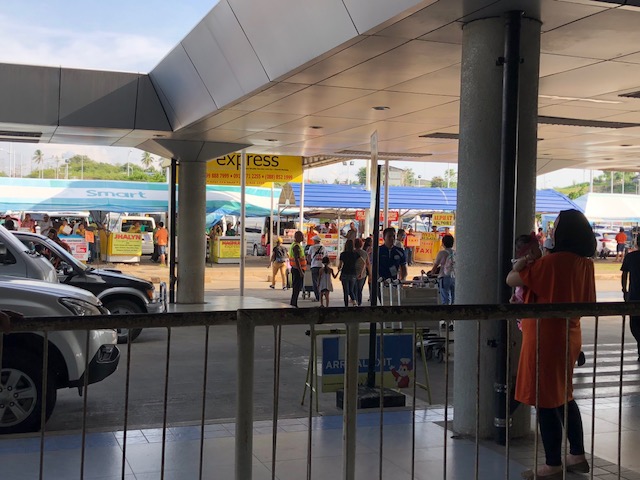 Arriving passengers are greeted by many booths with people offering transportation services between the airport and various destinations including CDO and Iligan City.

Here’s a view of the terminal building as we walked towards our vehicle. 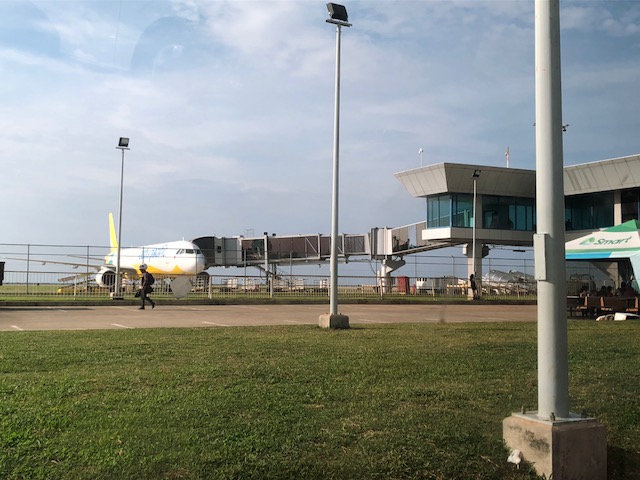 A view of our plane as we drove away from the airport to head for Cagayan De Oro City, which was more than an hour’s travel from the terminal.

More photos on Laguindingan Airport in the next post!