Connecting Circumferential Road 6 (C-6), M.L. Quezon Street and the South Luzon Expressway (SLEX) is the stretch of road known as Gen. Santos Avenue. The following photos taken during one trip to the Department of Science and Technology (DOST) in Bicutan, Taguig City describes the road and adjacent areas. 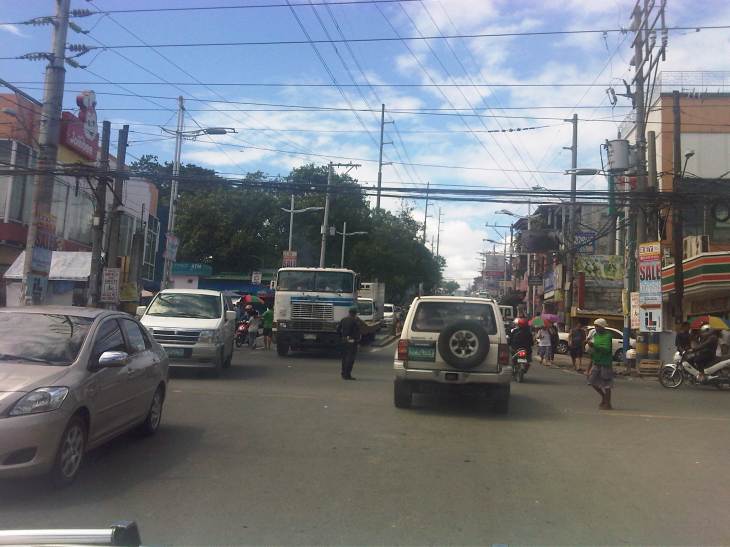 Counterflow – tricycles traveling against the flow of traffic

The avenue is a four-lane, two-way road with opposing traffic separated by a narrow median island with a steel fence. Most of the road had faded or no pavement markings.

Along the road are several government facilities including Camp Bagong Diwa, the NCRPO’s
headquarters and host to suspects to some of the most celebrated cases such as those involved in a massacre in Mindanao. The camp is located along the south side of the avenue.

There are also public schools along the avenue including the Pamantasan ng Lungsod ng Taguig (Taguig City University). The University shares a compound along the north side of the avenue with other city institutions like the city’s Hall of Justice (pictured above) and, surprisingly, the City Jail.

Students crossing the street in front of one of the gates leading to the Pamantasan. Further on, after Camp Bagong Diwa is a branch of the Polytechnic University of the Philippines (PUP), which is a state university. 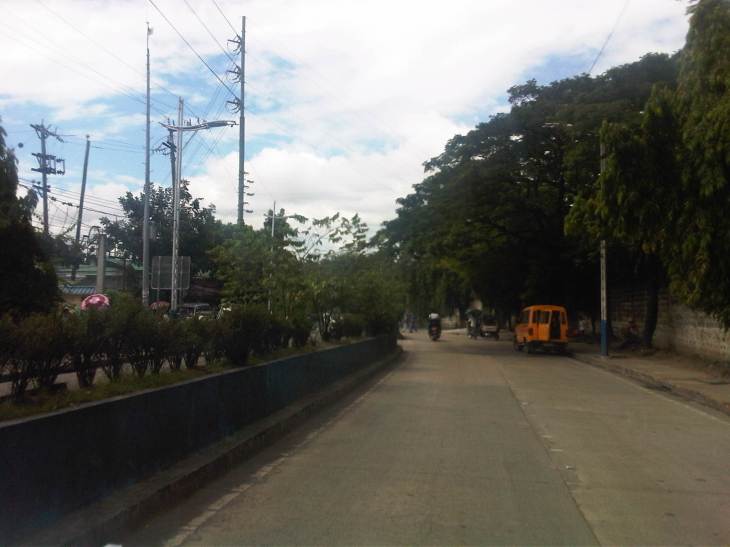 There are wider median islands with plant boxes along the stretch of the avenue fronting the DOST compound.

Jeepneys plying routes in Bicutan are lined up at an informal terminal occupying the pedestrian sidewalk in front of the DOST compound. Such practice denies pedestrians of safe walking space.

Main gate of the DOST compound – further on to the west at the end of Gen. Santos Ave. is the Bicutan interchange with the SLEX.

By d0ctrine in Highways and Streets on January 9, 2013.
← Link: Measuring Transport Efficiency Commuting on the LRT Line 2 →