Romulo Highway  originates from Tarlac City and passes through the towns of Sta. Ignacia, Camiling and San Clemente in Tarlac, and then the towns of Mangatarem, Aguilar, Bugallon and in Pangasinan. It ends at Lingayen, Pangasinan, in essence connecting the capitols of two major provinces in Central Luzon (Region 3/Tarlac) and the Ilocos (Region 1/Pangasinan).

Approach to intersection – the island is part of the channelization at the junction to physically separate vehicles approaching the junction. 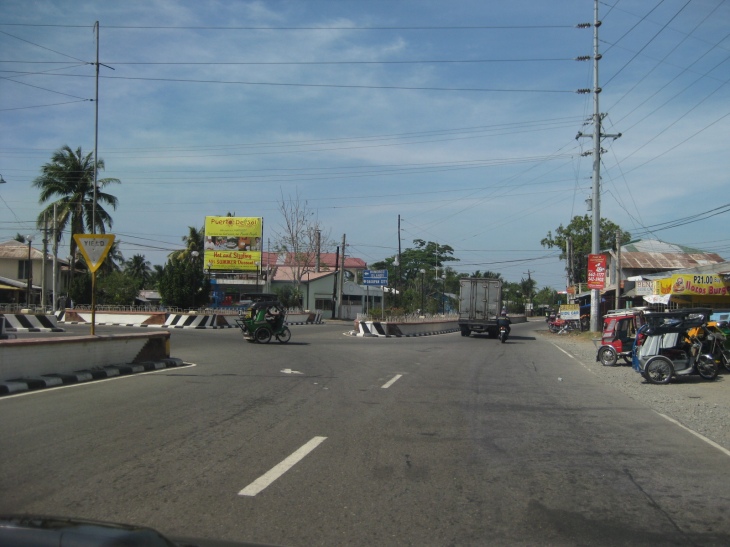 Channelization – the islands along with directional signs help guide motorists at the junction.

Approaching a curve – this section can be a little tricky with a climb towards a horizontal curve.

Sharp curve – the curve is sharp enough to necessitate the installation of chevrons. This is combined with a climb or descent.

Reverse – it turns out that this section is actually a reverse curve, which increases the complexity of the section for drivers and riders. 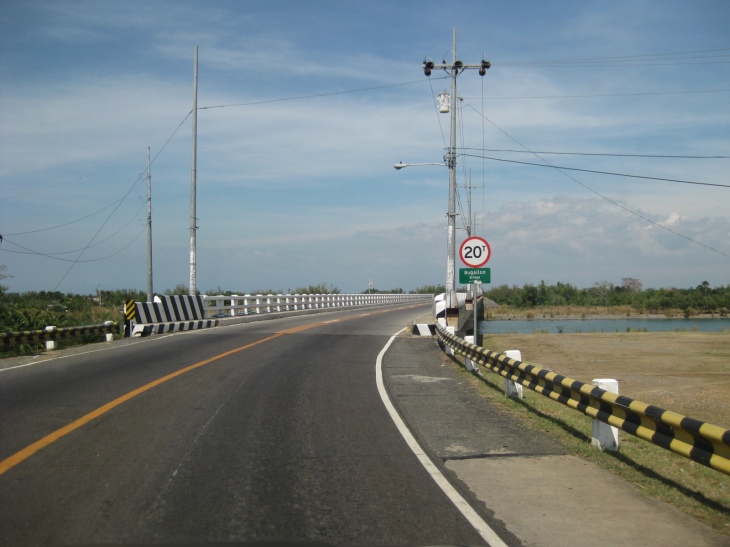 Transition to a bridge – the reverse curve leads travelers to the Bugallon Bridge across the Agno River (direction towards Lingayen). Note the 20-ton limit of the bridge indicating that it is a relatively new bridge applying the DPWH standards for load limits.

Bugallon Bridge – is typical concrete bridge structure without an arch. Barriers are concrete and should be able to withstand collisions with most type of vehicles.

Agno River – is part of one of the larger river systems in Luzon Island and the country. The river becomes the Tarlac River when it branches out to Tarlac Province. 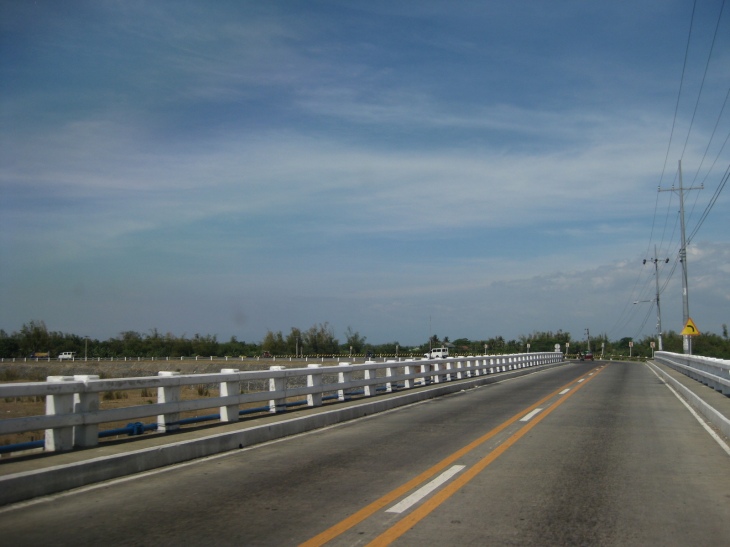 Bugallon Bridge – continuation of the long bridge terminating at an embankment that leads to another bridge towards Lingayen.

Padilla Bridge – is longer than the Bugallon Bridge as it crosses a wider branch of the Agno River system.

San Jose Bridge – view towards Bugallon from Lingayen is probably the same age as the Padilla Bridge. This bridge also has a 15-ton load limit.

Crossroads – vehicles turning to the left will be headed back towards Tarlac through Bugallon and Mangatarem. Going straight will take the traveler to the towns of Labrador, Sual and the general direction of Alaminos and Bolinao. The SUV on the left is headed for Lingayen and Dagupan.

Provincial boundary – a simple arch marks the boundary between Pangasinan and Tarlac. A little further downstream is another arch formalizing the boundary for the Municipality of San Clemente in Tarlac.

First town after the border – San Clemente is the first Tarlac town along the Romulo Highway upon crossing from Mangatarem, Pangasinan.

By d0ctrine in Bridges, Highways and Streets, Rural roads on May 29, 2012.
← Olongapo-Castillejos Road: Castillejos Electric vehicle revolution in the Philippines →