Over the weekend, I happened to pass by what used to be the north end of Commonwealth Avenue near the back entrance to Jordan Plains Subdivision. Public utility jeepneys and private cars commonly use the subdivision streets to go to and from the Novaliches town center (Bayan). As such, the subdivision bears much of the negative externalities brought about by mostly unwanted through traffic. These include vehicle emissions and noise from motor vehicles, and the incidence of crime (mostly burglaries) in the  subdivision. Too long have they waited for Commonwealth and Quirino Highway to be connected to reduce through traffic and its unwanted derivatives in the subdivision.

After delays due to various reasons, the project was finally bidded out and implemented this year. The construction didn’t go without any problems and there were times particularly during rainy days when the site was quite difficult to traverse due to excavations, materials and a so-so traffic management scheme (mostly counterflows) that ensure vehicles traveling as if they were negotiating a labyrinth.  Still, work went on and at least people saw that it continued unlike other projects that went untouched after some excavations were made (“naka-tengga”).

I guess it was quite rewarding and a relief to a lot of people that the project will be completed soon and hopefully within the year and apparently on schedule.  Following are a few photos of the area I took last Sunday.

First look at the approach to the completed section of Commonwealth Avenue connecting to Quirino Highway. 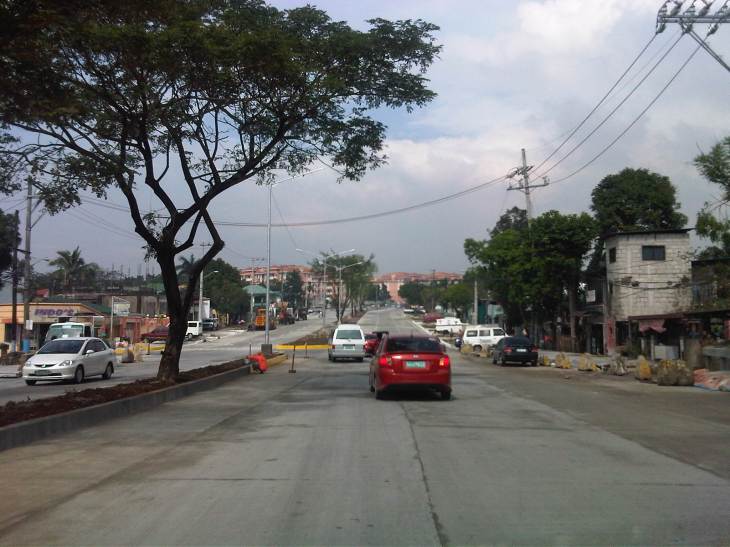 Closer to what used to be a chaotic intersection towards Jordan Plains, it was clear that most of the major works have been completed and that the section to Quirino was passable. The only elements missing are the pavement markings and traffic signs. 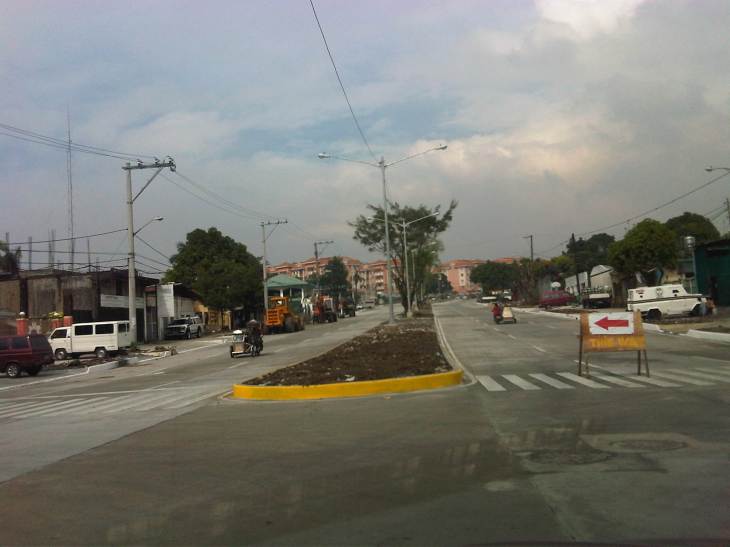 Close-up of new intersection and section of Commonwealth leading to Quirino. Pedestrian crossing markings and lane markings and edge delineators are visible in this photo.

Kudos to the contractor of this project and the DPWH and Quezon City government for the near completion of the project. Now, if only the contractors of roadworks along Marcos Highway and Ortigas Avenue will follow the Commonwealth example and get their acts together and work more efficiently, not to mention do a better job managing traffic along the way, then probably people using those roads will have less headaches during this season.