Home » Public Transport » What if Manila retained its railway lines of old?

What if Manila retained its railway lines of old?

It is possible to trace the old railway lines of Manila to the towns to its east in what is now Rizal Province. I had seen it in one railway blog that one of my students showed me after we took up the history of railways in the Philippines where I showed them old maps of the railways in the Philippines. And so based on the descriptions found in those maps and texts combined with familiarity with the places mentioned there and the availability of a tool like Google Earth, it is possible to produce the following images showing two particular lines that could have been “game-changers” for a lot of people taking public transportation between Metro Manila and the areas to its east (i.e., towns in Rizal Province). 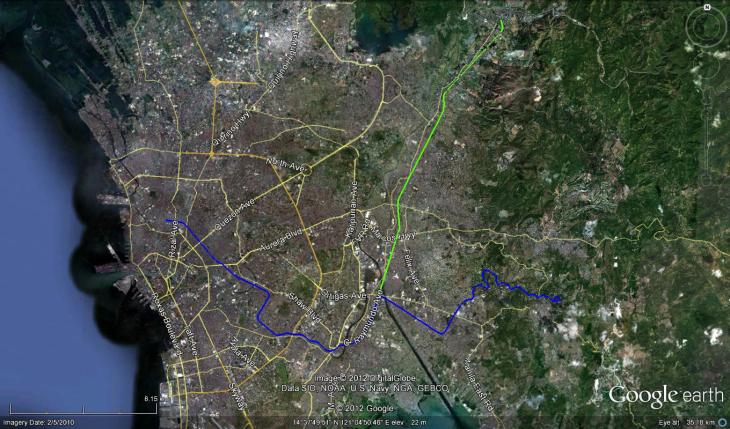 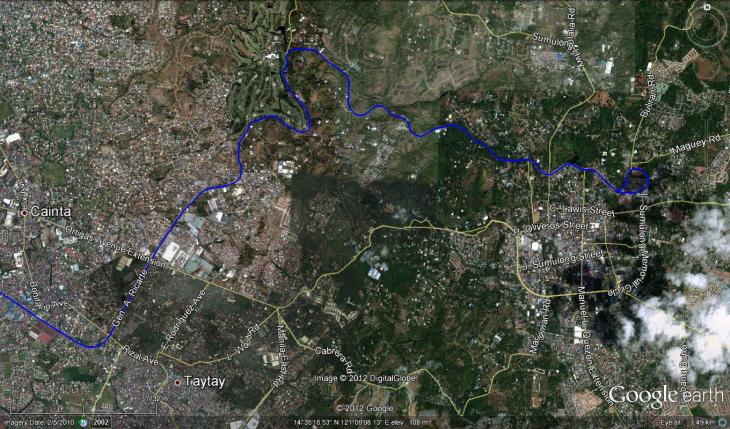 The blue line extending to Antipolo City passes through an area that is part of Valley Golf and ends up near the Antipolo Church (Shrine of Our Lady of Peace and Good Voyage). This line could have been a major mode for commuters residing in Antipolo, Taytay, Cainta and Pasig City. 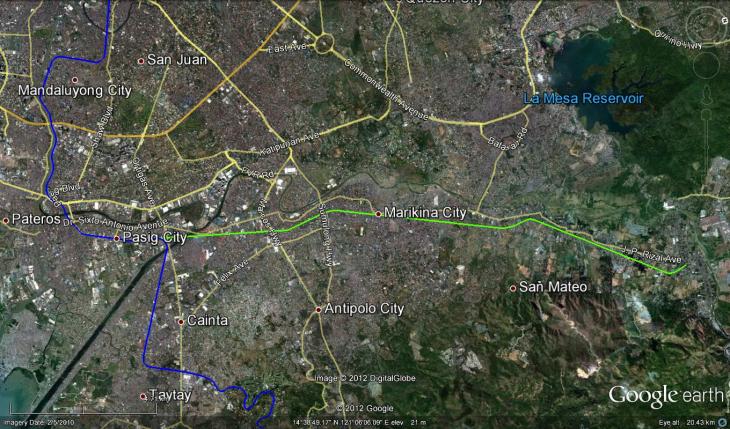 The line extending to San Mateo, Rizal passes through densely populated parts of Pasig and Marikina Cities. The line could have served people residing in these towns all the way to Rodriguez (Montalban).

The outcomes of the exercise of tracing old railway lines as shown in the previous photos allow us to appreciate and maybe contemplate on the “what ifs” and “what could have beens” if the Philippines did more efforts in retaining its railway system after the Second World War. I do not think planners at the time were able to anticipate the rapid development of the area that was to formally become Metro Manila in the 1970’s. While the road network plans were in place, thanks to the design by Daniel Burnham, what Manila and its environs needed was a transit network that did not depend on roads and something that would have been able to carry much more people (and maybe even freight) than the jeepneys and buses that emerged postwar. Perhaps we were not doomed to the current choices that we have and commuting would have been much simpler than the terrible experience many people from these eastern towns have every weekday. I leave it up to the reader to imagine how comfortable and convenient travel would have been along these lines.