The flooding brought about by heavy rains around the country rendered many roads impassable to motor vehicles. This meant traffic congestion in many areas and so many commuters being stranded due to the lack of public transport vehicles available to them. In these times, the only modes for traveling are reduced  and limited to walking and non-motorized tranport (NMT). While cycling is an option for some people, a more popular mode in many areas and local roads are pedicabs. Known by various names in the vernacular such as padyak, trisikad, sikad, etc., these three wheelers are found providing transport services particularly in residential areas. These tend to use national roads and busy streets in cities, and such often causes conflicts with motor vehicles as the NMTs slow down traffic. During times of heavy rains due to typhoons or the monsoon, pedicabs become the mode of choice for many who need to get to their workplaces, schools or home despite flooded streets. 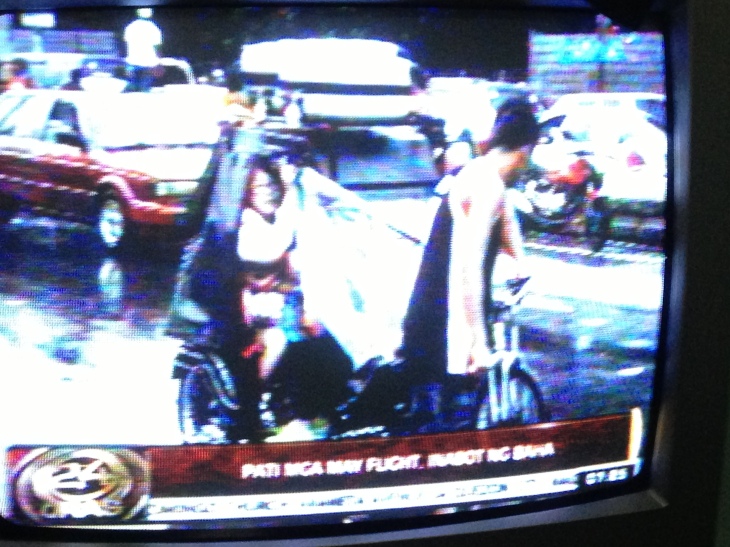 Photo of TV news report (GMA News’ 24 Oras) on air passengers taking pedicabs in order to get to the airport and catch their flights. Traffic was terrible due to floods along airport roads and only the non-motorized transport could navigate the flood waters. Interviews of passengers including tourists and foreigners showed their appreciation of the alternative mode of transport they had to take to catch their flights. 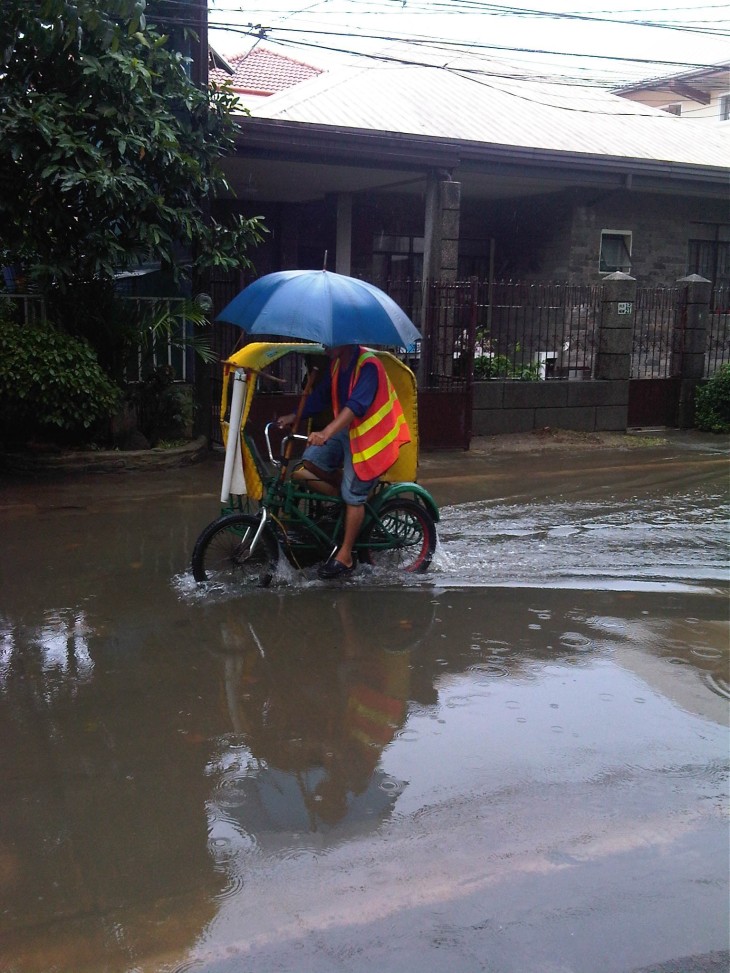 Pedicab service along a flooded residential road – special rates are often charged by pedicab drivers during the rainy season and when go into flooded streets. Regulated fares are charged in areas like residential subdivisions where homeowners associations have a say in fare rates. In other places, fares can be arbitrary or according to the willingness to pay of prospective passengers. 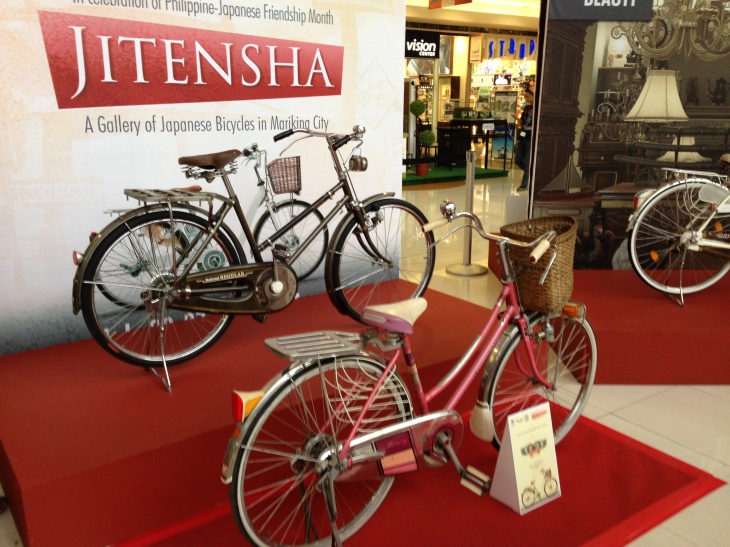 Bicycles are becoming popular for commuting not especially due to floods but more because of increasing fuel prices and fares. There is also an influx of second-hand or used bicycles from Japan (Note: Jitensha is bicycle in Japanese). These have become collectibles but are in actual use by their owners like the bikes shown in the photo that were exhibited at a mall recently.

By d0ctrine in Cycling, NMT, Walking on September 7, 2013.
← Getting reacquainted with the JR lines in Tokyo Pedicab fares →