Road drainage seems to be a most suitable topic given the heavy rains the past few days due to a powerful typhoon that hit the northern Philippines. With or without typhoons, however, the frequency of flash flooding has increased the past few years in part due to the heavier than usual monsoon rains but mainly due to the poor state of road drainage in our cities. The photos below show an example of flash flooding due to a sudden downpour in Cebu City. 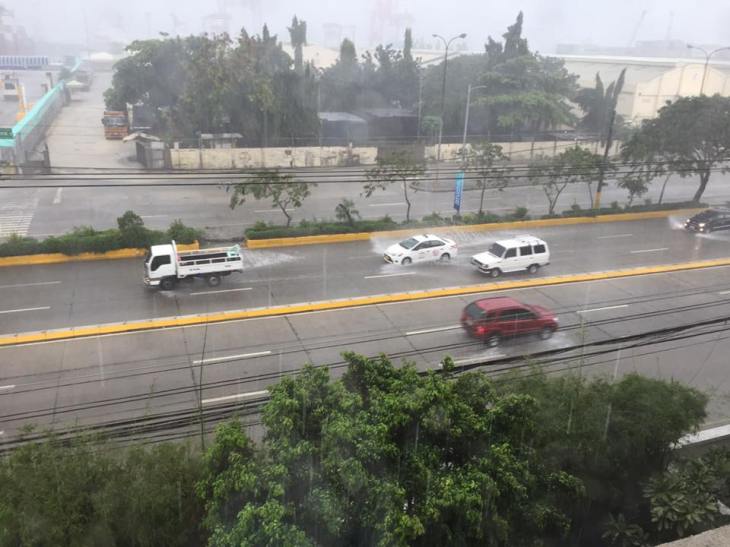 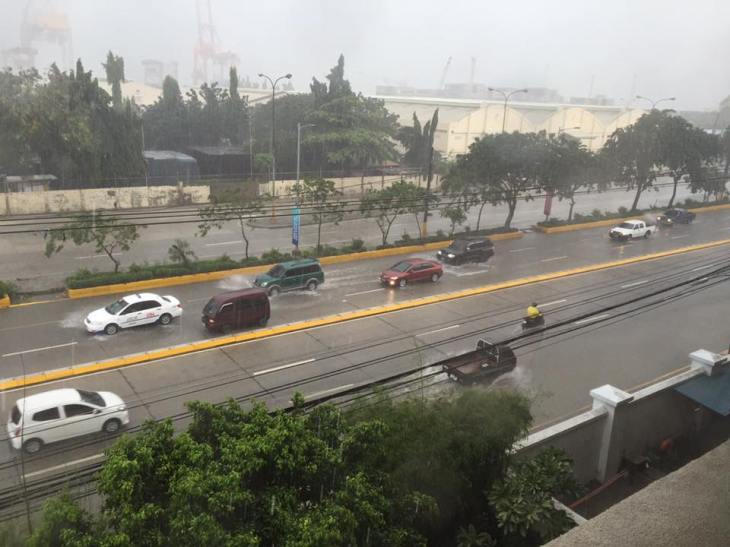 What is noticeable along the road is a lack of storm drains that could have prevented the accumulation of water on the carriageway. If there were storm drains at strategic points along the road, it is difficult to judge from the photo. I also suspect that road construction may have adversely affected the slopes required for the water to travel to the drains. These are surely stated in the road design but are somehow lost or deficient upon construction of the road. There are similar situations in other cities as well and especially in Metro Manila where flash floods often cripple road traffic around the metropolis as critical sections of major arterials like EDSA, C-5, Espana Blvd. and E. Rodriguez become flooded.

We were traveling back to Quezon City along Sumulong Highway after a meeting in Antipolo City. We noticed the road widening projects along the highway; effectively increasing the number of lanes and the capacity of the road. Included in the project are the construction of sidewalks and drainage along both sides of the road. Below is a photo of the section near the Sumulong gate of Valley Golf clearly showing the newly constructed lane and sidewalk along the Masinag-bound side of the highway. 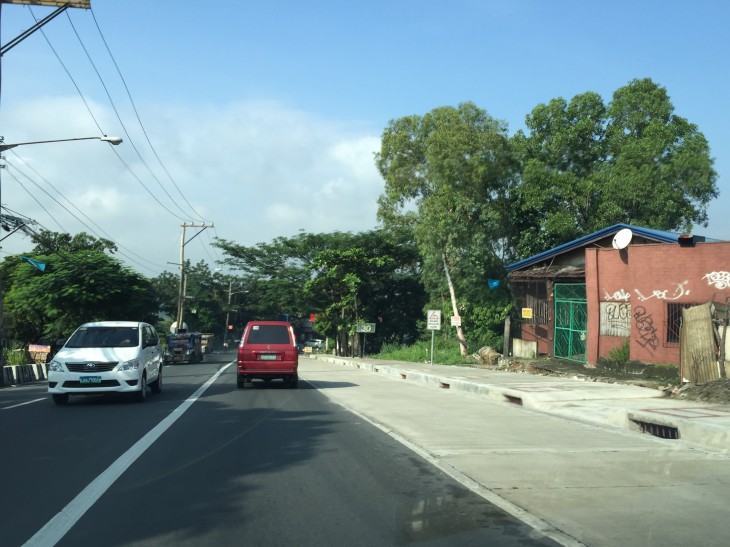 Note in the photo the size and intervals of storm drains along the the highway. Compare this with what we have along most Metro Manila roads including overpasses and it shouldn’t be a surprise why there are frequent flash flooding in Metro Manila. Of course, the capacity of the culverts is a factor (and many are already clogged or barado with garbage and mud) but then it starts with the drains for water to go to the culverts. Many newly rehabilitated roads in Metro Manila have small drains spaced at long intervals. With heavy rainfall, these cannot take in the amount of water given the rate at which they drop from the skies. Perhaps a quick fix to address flash floods is to make these storm drains larger and spaced more closely like those shown in the photo of Sumulong Highway. And then, of course, there should be increased efforts to make sure these drains are not blocked/clogged and that garbage, dirt and other debris will not go straight into the culverts.

By d0ctrine in Highways and Streets, Infrastructure on October 19, 2015.
← Roadside views of the Pillila, Rizal Wind Farm Trip cutting with respect to the LRT Line 2 →