Home » Bridges » A bridge too far

A bridge too far

I’m currently in the Netherlands and after fulfilling my responsibilities here, I decided to go on a trip to Arnhem. Arnhem was the site of one of the more memorable events during World War 2 when the British 1st Airborne attempted to take the Arnhem Bridge as part of Operation Market Garden. The drama that unfolded is told in the movie “A Bridge Too Far” where Arnhem was the titular bridge that was to be taken and held by the British. However, only Lt. Col. John Frost’s 2nd Parachute Battalion made it to the bridge and had to defend it against a superior German force.

Airborne at the Bridge is kind of a museum with video retellings of the events pertaining to the bridge. It includes material of Operation Market Garden, which was a massive land and air operation that was supposed to lead to an end of the war in Europe before Christmas 1944. They also have a shop selling literature about Market Garden and the events of the bridge as well as souvenirs. 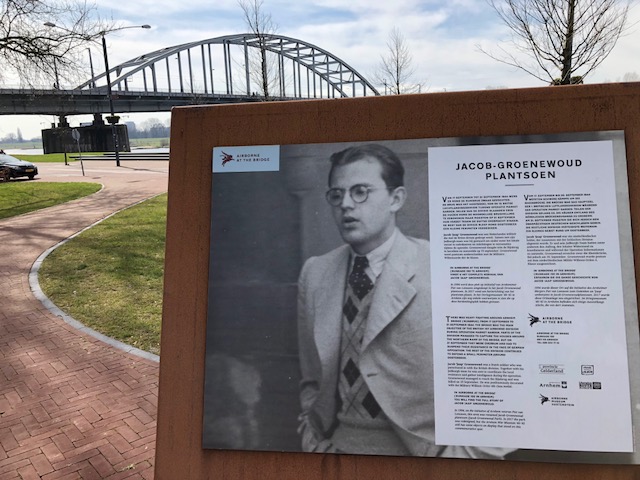 A memorial to Jacob Groenewoud who helped gather intelligence for the allies during the operations to take the bridge. He gave his life to this cause, falling after being shot by a German sniper. 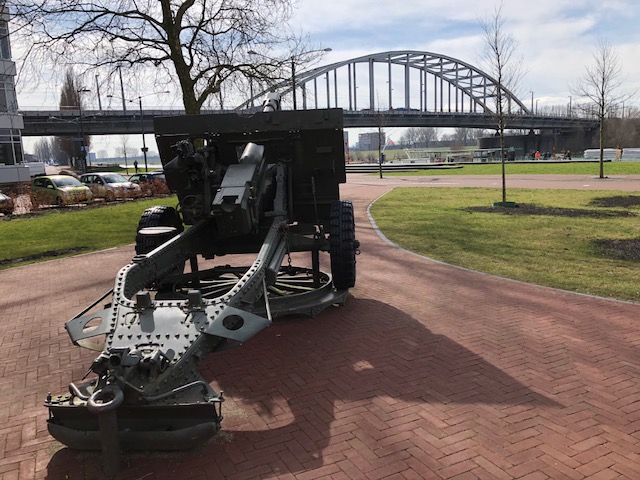 Airborne Memorial – an old artillery piece is set-up as if targeting the bridge. This was the side the British held until defeated by the Germans after what was a costly battle. The British lacked supplies as ground forces that were to relieve them were delayed at other bridges before Arnhem. 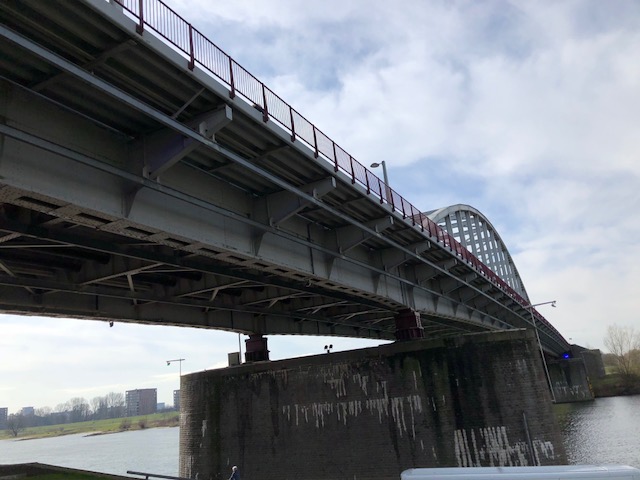 A view from under the bridge 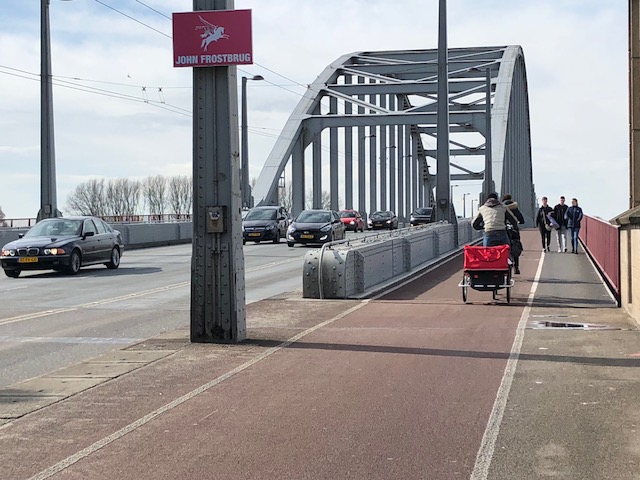 A view of the bridge from the end that was held by the British. There are now bicycle and pedestrian lanes on either side of the bridge, which is now called the John Frost Bridge. 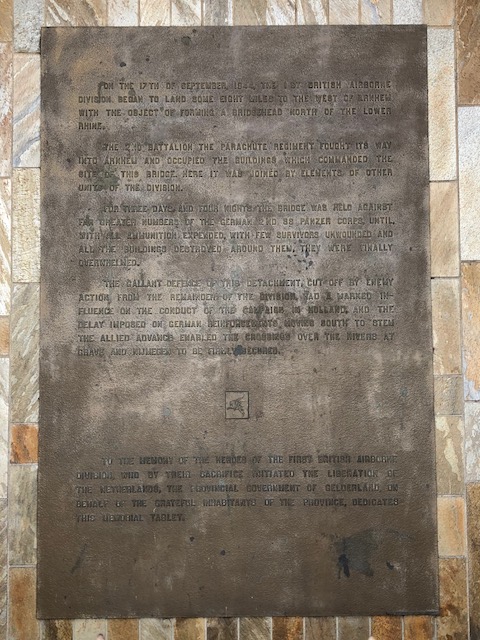 There is a plaque and memorial on the bridge retelling what transpired there in September 1944.

Liberation route marker near the bridge

I had thought about going to Arnhem during this trip in The Netherlands. I am a military history buff and would have regretted it much if I wasn’t able to go to this site of one of the more dramatic events during World War 2. I picked up a few souvenirs at the memorial shop and will remember this experience quite fondly.

By d0ctrine in Bridges on April 1, 2018.
← On Visita Iglesia and Quiapo transport and traffic On the negative social impacts of ridesharing/ridesourcing →