Signs of the times – road signs or ads?

A friend recently posted an episode on his vlog that featured the excessive signage we now find along many roads. I thought this was a relevant topic as, for one, there are many signs that are basically contributing to the “visual pollution” that tend to either distract travellers or make them numb about these signs. Hindi pa kasali dito ang mga LED/video ads that are now installed around the metropolis. Being a distraction means they may lead to road crashes. But then there is also the issue of clutter and obstruction. I noticed that many signs have been installed without consideration of the spaces required by pedestrians and cyclists. Many seem to have been forcibly installed at locations blocking the path of pedestrians. 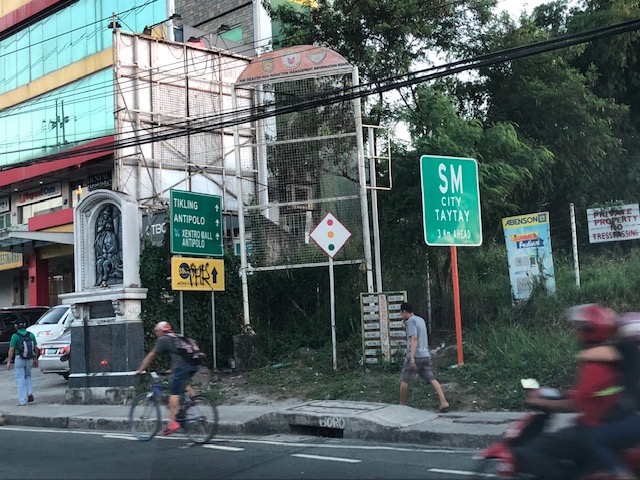 So which among these signs is the only one that should be there? Only one and that is the one in the middle informing travellers of the signalised intersection ahead. The others are basically ads masquerading as signs (directional signs to be more specific).

I avoid describing inappropriate signs as ‘illegal’ simply because the proponents were given permission for installation by local government units including the MMDA. LGUs seem to benefit from these as I also see inappropriate signs bearing the logos or slogans of LGUs. Meanwhile, the DPWH seems to be mum about this concern, which appears to be a non-issue among the government entities involved. What do you think about such ads pretending to be road signs?

By d0ctrine in Highway Engineering, Policy on November 28, 2018.
← On re-designing or re-imagining our transportation system for people On motorcycle ambulances and first responders →