Before I forget, I am posting the following photos of Bandaranaike International Airport when we departed for home last September.

Entering the terminal, you are greeted by rows of shops selling a variety of items mostly souvenirs and foods and tea

Local products including handicrafts. I bought a mask and ref magnets at one of the shops. 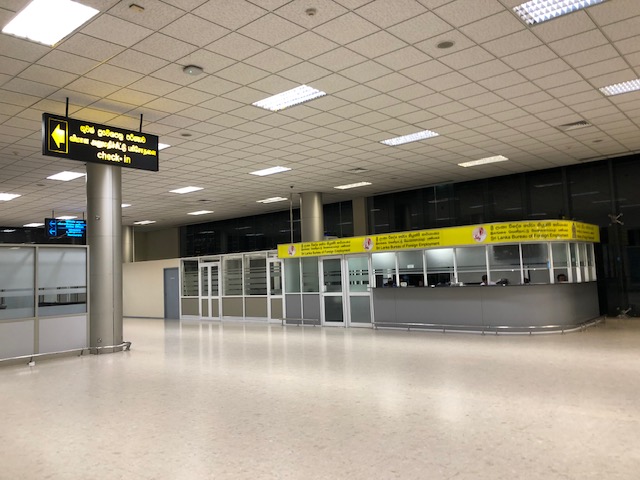 The terminal has many empty spaces. I guess they still do not have so many visitors to necessitate more commerce?

The area just before the check-in counters is spacious. We wondered if the terminal can be quite crowded during the day.

Check-in counters for Sri Lankan Airlines – there were a lot of visitors from Arab countries due to an international Islamic convention in Colombo. Many of them were catching the earlier flights out of the country that day.

Check-in counter for our flight

After checking-in, we immediately entered the pre-departure area. Large screens show flight schedules and there were signs towards the gates.

Of course, there were many shops selling teas but there were also many local products like these leather stools that also doubles as storage. These are collapsible and can easily be packed for travel. A friend brought home one for his home. 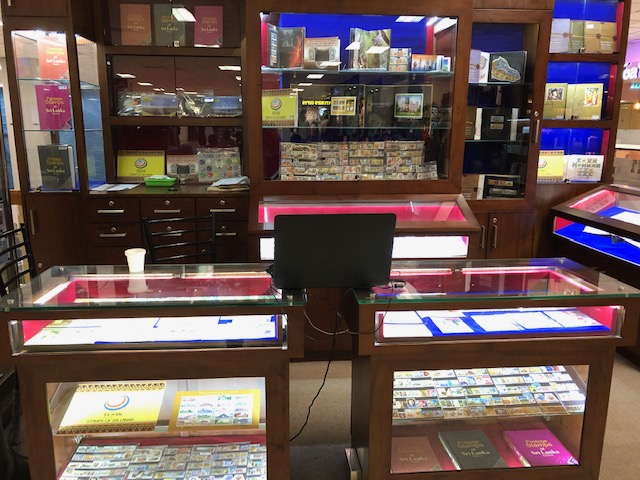 Jewelry store at the terminal – Sri Lanka is the source for many of the world’s gemstones. Of course, the prices are very competitive and one should probably go to legitimate stores in the city instead of buying at the airport.

Liquor and cigarettes are popular items

By d0ctrine in Airports, Travel on November 15, 2019.
← Sabit Traffic congestion due to Barkadahan Bridge rehab →