Searching for material on the proposed bikeways network at the University of the Philippines Diliman campus, I came across a draft of a flyer. The flyer was intended for use in consultations with stakeholders including members of the UP Diliman community (e.g., staff, students, faculty and residents). I recall that there was also a committee established for the purpose of planning and implementing the UP Diliman Bikeways. Unfortunately, the network was not fully realised and took a few years before a major component was implemented but under a different project – the UP Diliman Model Traffic Safety Zone project. 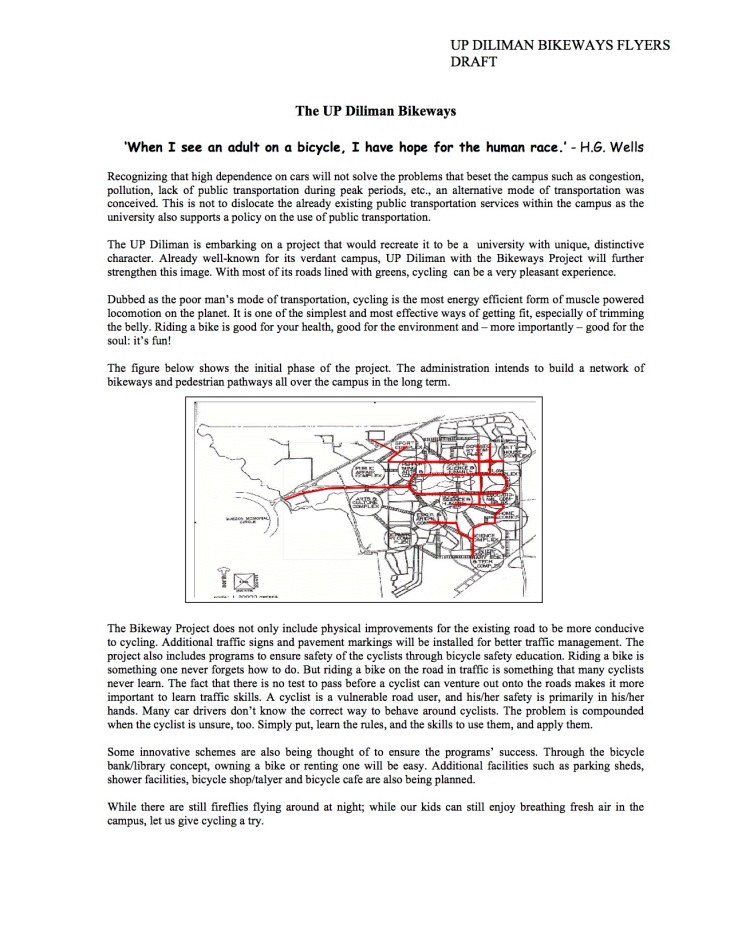 A copy of the flyer in PDF may be found here:

The UP Diliman Bikeways Flyers 2005

At present, UP Diliman is again considering the bikeways network proposal and has initiated some studies towards determining its feasibility including what routes would be most viable. Incidentally, our students in one of the engineering elective courses offered by the Institute of Civil Engineering is currently surveying candidate routes and they should be finished with this task by middle of March. It would be interesting to see which “corridors” can be proposed as the next components of the network to be realised.

By d0ctrine in Cycling, EST on February 20, 2015.
← Resurrected bus companies The need for basic transport infrastructure →