Home » Electric Vehicles » Bullish about electric vehicles in the Philippines

Bullish about electric vehicles in the Philippines

We were invited to the opening of an electric vehicle assembly plant in Cavite recently. BEMAC Electric Transportation Philippines, Inc. formally opened their plant last February 11 at the Almazora compound at the Golden Mile Business Park in Carmona, Cavite. We were very impressed at the plant and learned that BEMAC is partnering with Almazora, a local company specialised and experienced in vehicle body assembly. I am sharing photos I took of the plant so readers can have an appreciation of what an assembly plant looks like. 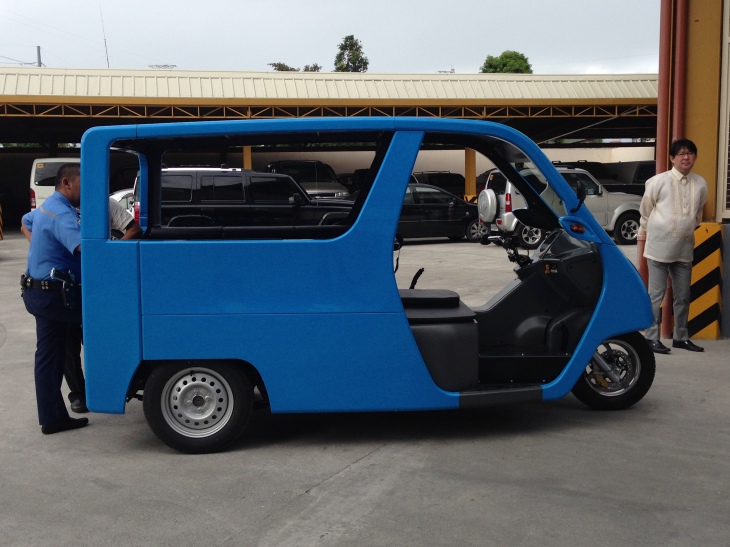 BEMAC’s e-tricycle model, the 68VM, has a comfortable seating capacity for 6 passengers at the back with the driver the sole occupant of the front seat.

Assembly area for the drives 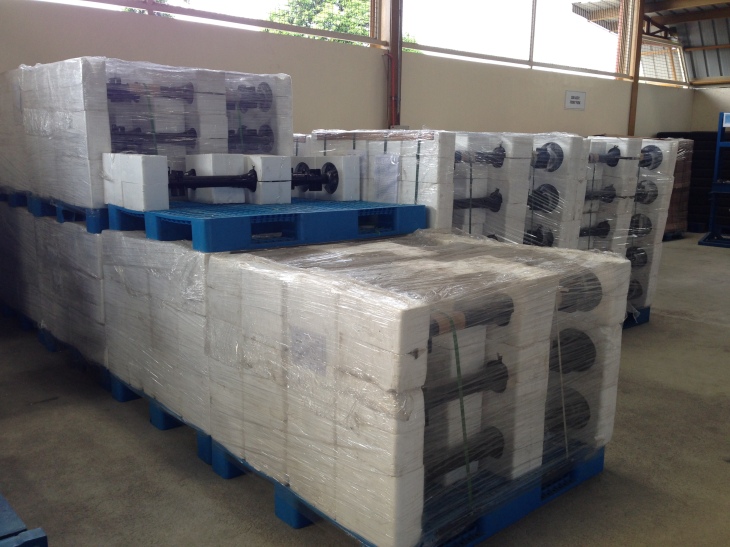 Axles stacked and waiting for assembly 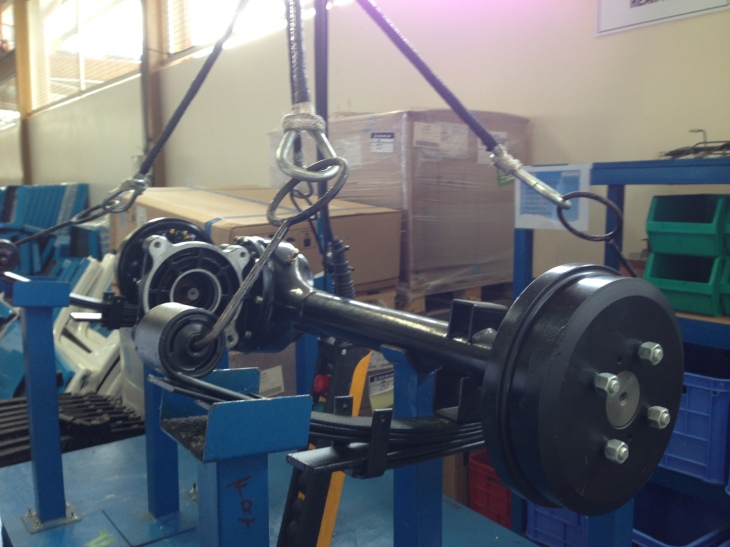 A closer look at the drive assembly

Another look at the assembly line 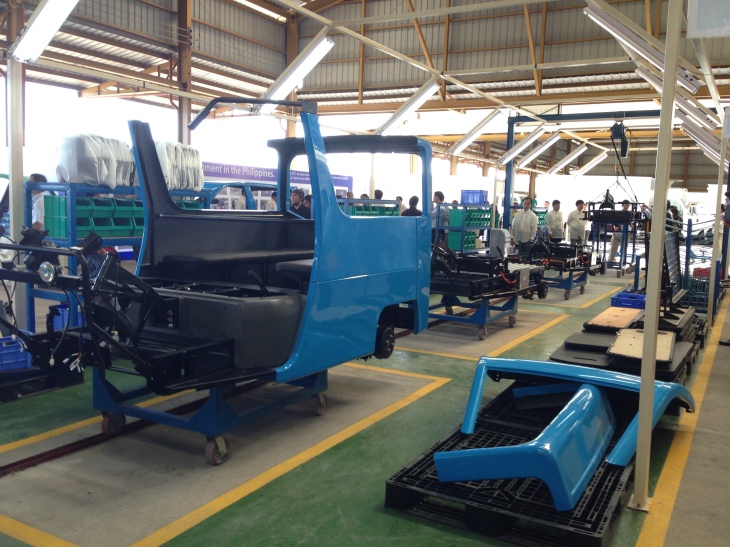 Assembly line showing the chassis of the e-trike and the body being assembled.

A view of the assembly line from the rear 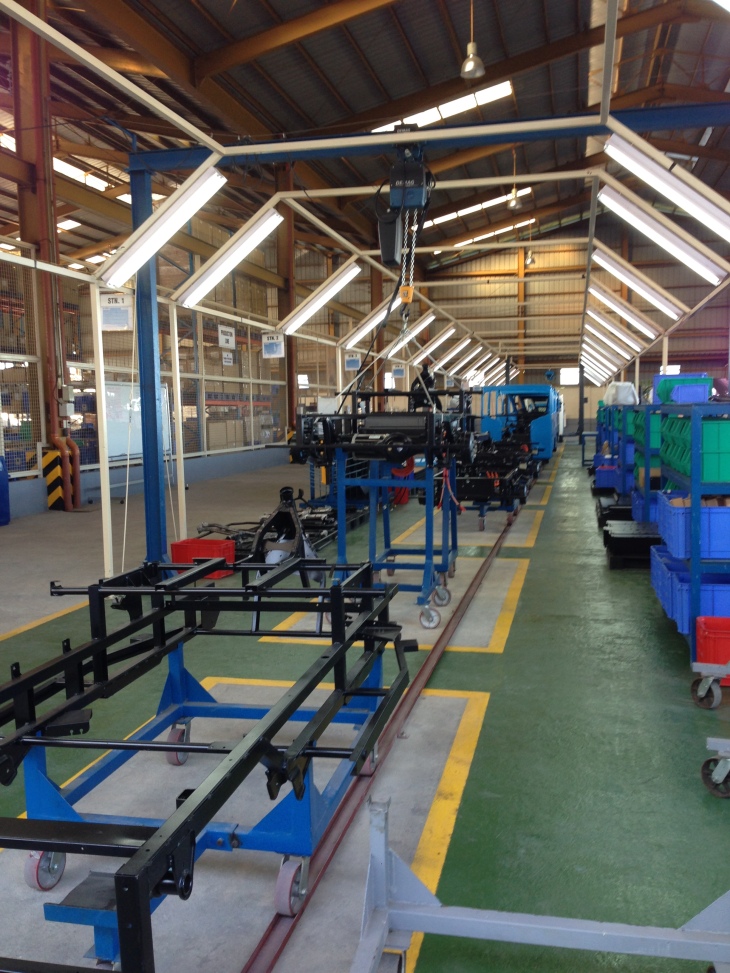 A slide in BEMAC’s presentation shows its 68VM

BEMAC’s e-trike model is the best we’ve seen so far among e-trike models in the Philippines. It is supposed to have been tested under various conditions except actual (or simulated) operations that are closer to real-world conditions (i.e., operation as conventional tricycles in the country). It is claimed to be capable of running at a top speed of 80 kph and its motor can power the vehicle up steep slopes, which is a typical feature in many municipalities and cities in the Philippines. Details for BEMAC Philippines may be found in their website.

There will be an Electric Vehicle Summit on February 26-27, 2015. The 4th Philippine EV Summit will again be held at the Meralco Multi-Purpose Hall in Ortigas, Pasig City. The two-day summit organised by the Electric Vehicle Association of the Philippines (EVAP) in partnership with Meralco and the Partnership for Clean Air (PCA) will feature an exhibit on the current electric vehicle models available in the Philippines, which I think is among if not the main highlight of the summit. There will also be several talks and panel discussions on e-vehicles including those on technology/R&D, industry, incentives and green communities. The program also mentions a lot about sustainable mobility, a term prolifically used by advocacy groups but not really one I’d attribute to e-vehicle proponents (One colleague made the observation before that not everyone is really into e-vehicles because of its environmental aspects.). I’m not sure all the top officials they invited will show up or give good talks. Past summits had good potentials as venues for serious discussions that could have led to fruitful outcomes. However, it seems that they fell short of these objectives and ended up with boring talks that to me often were reduced to lip service from government agencies especially on topics like incentives that will pave the way for the turning point for e-vehicles.

Hopefully, this year’s talks would be more interesting and engaging considering the plenary set-up where people farther from the front tend to have meetings and discussions of their own. E-vehicles have a great potential in improving air quality in a country like the Philippines. There is also the promise of less noise and, more important to many especially operators and drivers, better revenues than translate to increased incomes to those dependent on it for their livelihood. We look forward especially to the transformation of the tricycle sector from the current conventional trikes to the more modern and environment-friendly models such as those by BEMAC.

By d0ctrine in Electric Vehicles, EST, Paratransit, Public Transport on February 25, 2015.
← The old railway station at Hinulugang Taktak “No” to additional jeepneys? →