Arriving at Dubai en route to The Netherlands, we deplaned to be transported by bus to the airport terminal. Those of us bound for Europe boarded a different bus that took us to the terminal for what I assumed were for Europe-bound flights. This was good as we didn’t have to figure out the maze that was Dubai airport including passing through security and figuring out how to go to our designated boarding gate. Following are photos I took at Terminal A.

Upon arrival at the terminal we proceeded towards the security clearance prior to our transfer gate.

There were directional signs including those for people transferring to another terminal/wing using the transporter.

Many friends have said that Dubai airport is practically a mall. My first look and impression was that it is with all the shopping options there.

I decided to walk around first in order to have some exercise after the 8-hour flight from Manila. More shops and cafes greeted me everywhere I turned. It was quite tempting to go shopping but for a personal rule I have to never shop when just beginning a trip. 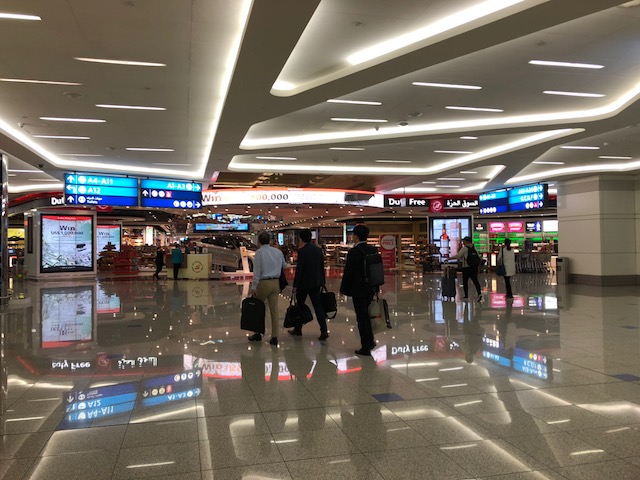 It was early morning (4:30 AM Dubai time) when we arrived at the terminal so there were still few people around.

One thing I regretted later was not purchasing a model airplane (I collect these.) from the Emirates show near our gate. I thought I would have enough time to do so upon my return. 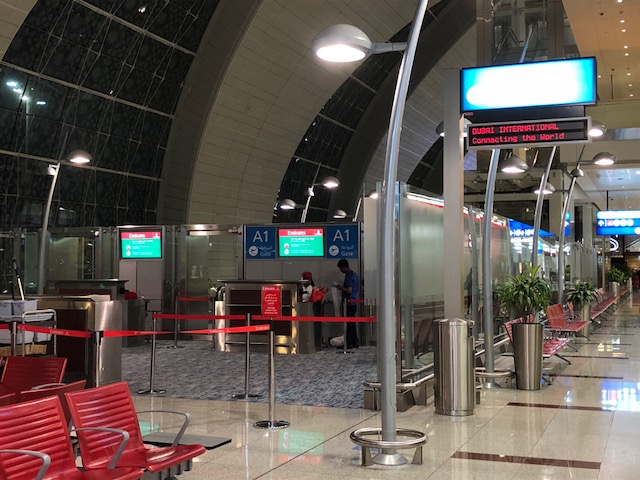 This was our boarding gate at about 5:00 AM. Notice it was still dark outside.

This is the area near our boarding gate, which turned out to be a pre-departure area of sorts. Notice that there were already a lot of passengers at the time I took the photo (7:00 AM). That was understandable as we were to board an A380 to Schipol. 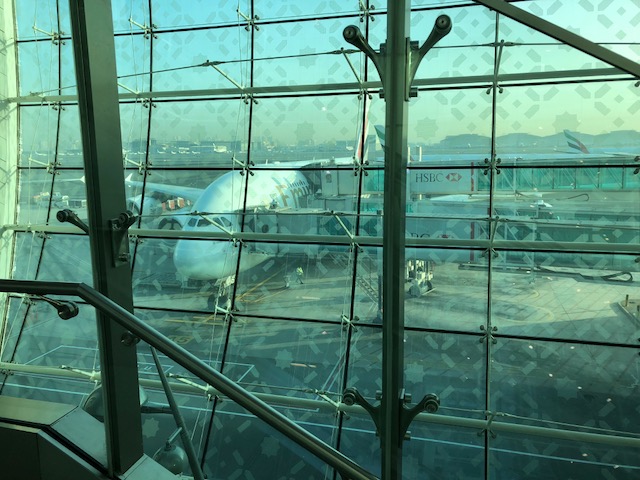 Here is our plane docked at the airport. 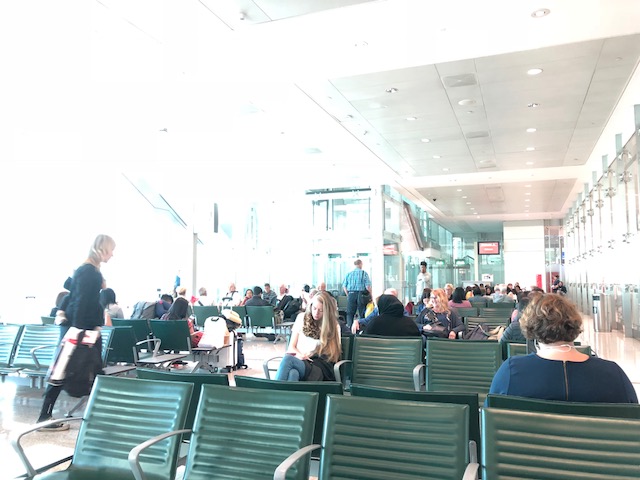 After we cleared the gate, we ended up at another lounge prior to boarding the plane. Its good though that the airline staff were able to manage the boarding sequence well and most passengers followed instructions. That was not to be on the trip back.