Home » Airports » Back in Bangkok 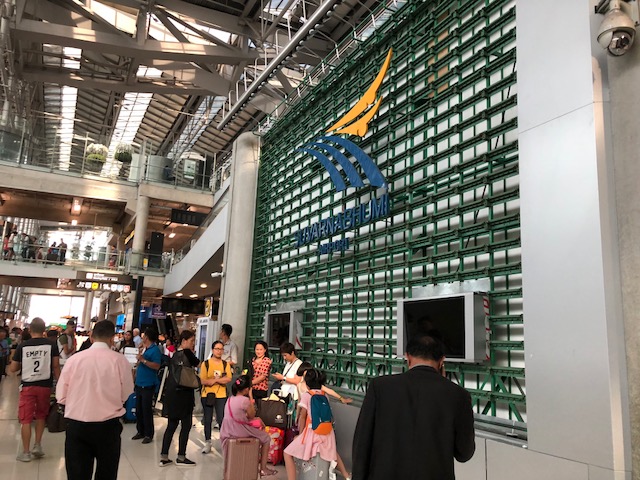 Suvarnabhumi Airport is the main gateway to the Kingdom of Thailand. I was among the early users of this airport when it replaced the old Don Muang Airport that was closer to the Bangkok city center.

I was witness to the development of their transportation infrastructure including the construction of two links to Suvarnabhumi Airport – the express railway and the expressway. Shown above is a welcome sign as you leave the airport. In my case, I decided to use a taxi to get to my hotel as I had some luggage with me.

I will be posting about Bangkok in the next few days. I just need some time and the opportunity to take some nice photos to show here.

By d0ctrine in Airports on July 3, 2018.
← On the continuing evolution of Uber and Lyft, and some thoughts on TNCs in the Philippines The busy Chao Phraya →