I have been observing the U-turn slot at Ligaya just across from the Ayala Feliz Mall. Most of the times I pass by the area on my way home in the afternoons or evenings, I see that there are many people there meeting jeepneys head-on and getting ahead of other passengers waiting to get a ride who won’t risk crossing the busy Marcos Highway for this. There are usually no enforcers (MMDA or Pasig’s) in that area. Most of them congregate at the U-turn slot before this (across from the Mariposa motel) to flag down vehicles whose drivers are violating the number coding scheme. I finally had the opportunity to get a couple of photos care of the wife who took the photos as we turned to head to Feliz. 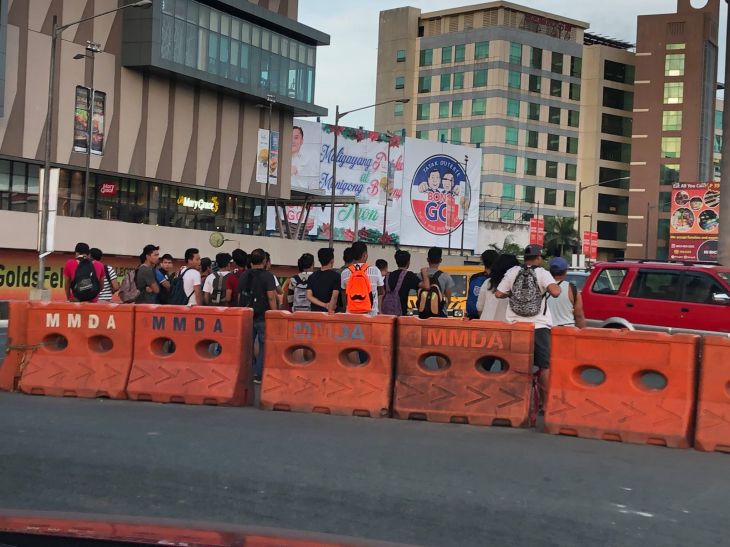 The photo shows people crowding the area at the U-turn slot in order to have a better chance at getting a jeepney ride. Many jeepneys turning here are actually cutting trips. So there are two clearly illegal activities going on here that the MMDA or Pasig City enforcers turn a blind eye to. The situation regarding the commuters is unsafe and requires attention. There is supposed to be a transport terminal across from the mall. And don’t mind the political ad (yes that stupid one in the background by an opportunist running for the senate). 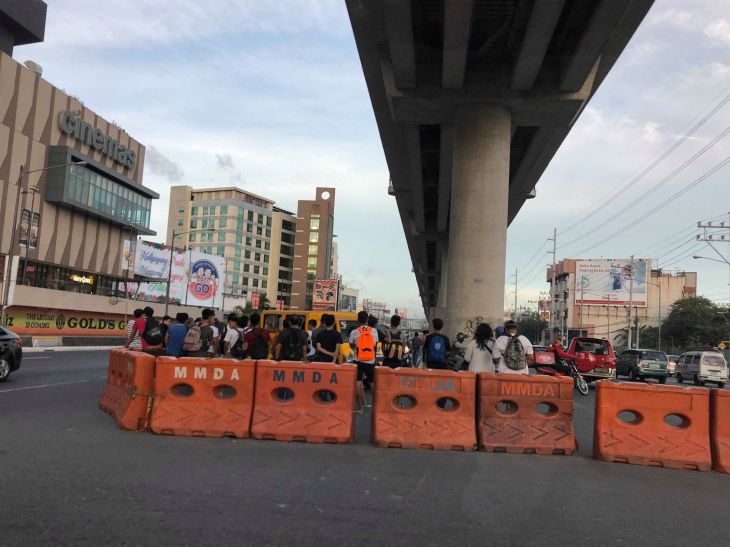 Here is another photo of the people at the U-turn slot. Note that most if not all are worker types who are more likely to be risk takers; meeting jeepneys head-on (sumasalubong) and hanging on (sabit) if all seats are taken. Allowing or tolerating this means other people who don’t want to risk it cannot get a ride.

A footbridge will soon be constructed at the area but this may not solve this concern as it only addresses the crossing safety issue in the area. And so we urge those responsible for enforcing traffic rules and regulations to do their job and address this problem that concerns both safety and public transportation. Hindi lang naman number coding violations lang ang dapat tutukan ng mga enforcers. There are other more serious and safety-related concerns that they need to work on.